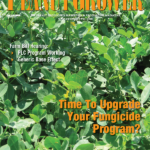 Years ago, my sister-in-law started competing in triathlons. She’s always been athletically inclined, and the addition of swimming and biking was a change in pace from just being a runner. After a couple events, the bug had bit her. She started training in earnest and competed in events at least once every few months. Although she lives in Chicago, one ... END_OF_DOCUMENT_TOKEN_TO_BE_REPLACED 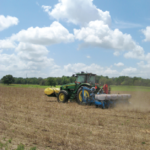 Reduced or Conventional Tillage Several key items talked about during production meetings were tillage practices and planter configurations in relation to yield. Growers are always looking to maximize yields. In deciding to change from one cultural practice to another, I would encourage growers to determine if more yield equals more profit. Many grower conversations were regarding tillage and yields in ... END_OF_DOCUMENT_TOKEN_TO_BE_REPLACED 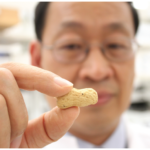 The new high-oleic, runner-type cultivar is well-adapted for Southeast growing conditions. Auburn University might be relatively new to the peanut breeding business, but its just-released runner peanut variety is already winning accolades for its high yields, resistance to disease and healthy traits. The new release—AU-NPL 17—is the product of a peanut breeding program operated jointly by the College of Agriculture’s ... END_OF_DOCUMENT_TOKEN_TO_BE_REPLACED 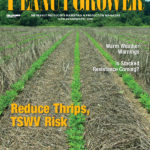 Standards Board Members Sought USDA is seeking nominations for three peanut producers and three industry representatives to serve on the Peanut Standards Board, succeeding members whose terms expire June 30, 2017. Nominations are due April 17, 2017. Selected members will serve three-year terms from 2017 to 2020. The board consists of 18 members who represent three regions: the Southeast (Alabama, ... END_OF_DOCUMENT_TOKEN_TO_BE_REPLACED 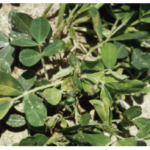 Is Crop Production Moving Toward ‘Stacked Resistance?’  Growers urged to stop replacing one herbicide with another. Finding ways to halt the “resistance treadmill” was a key message from weed scientists at the recent Pigposium III, an event hosted by the University of Arkansas System Division of Agriculture focused on herbicide-resistant Palmer amaranth. About 300 producers, Extension agents, consultants and members ... END_OF_DOCUMENT_TOKEN_TO_BE_REPLACED

Years ago, I had the opportunity to attend one of the first Peanut Butter Lover’s conventions where fans could feel at home expressing their genuine love of our favorite nut spread. Fast forward to 2017 and fans of all things peanut have a fun, new way to show their devotion to the humble legume. They can be a complete Shell ... END_OF_DOCUMENT_TOKEN_TO_BE_REPLACED

Is Crop Production Moving Toward ‘Stacked Resistance?’  Growers urged to stop replacing one herbicide with another. Finding ways to halt the “resistance treadmill” was a key message from weed scientists at the recent Pigposium III, an event hosted by the University of Arkansas System Division of Agriculture focused on herbicide-resistant Palmer amaranth. About 300 producers, Extension agents, consultants and members ... END_OF_DOCUMENT_TOKEN_TO_BE_REPLACED

Peanut farmers prepare for the 2017 peanut crop in good condition, marketing wise. There is no surplus of 2016 crop peanuts, except for a few lots with European Union edible quality, mostly jumbo runners. The market is very tight and that is likely to continue domestically until December 2017. Export markets will be influenced by the present crop in ... END_OF_DOCUMENT_TOKEN_TO_BE_REPLACED

By Amanda Huber Winter? What winter? That was the collective thought for most of December and January, with February turning off just plain hot. The cold spell in mid-March was the most consecutive days of below-freezing temperatures that the Southern states had seen all winter. While another frost could happen in April, the warm weather has University of Georgia plant ... END_OF_DOCUMENT_TOKEN_TO_BE_REPLACED

Incidence of spotted wilt is on the increase; take steps to reduce thrips pressure and risk to this disease. In the early days of ESPN’s SportsCenter, the anchors developed clever catch phrases to connect with the audience. One of those anchors, Dan Patrick, would inevitably say at least once during a broadcast, “You can’t stop him; you can only hope ... END_OF_DOCUMENT_TOKEN_TO_BE_REPLACED