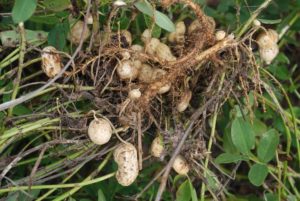 Alabama’s row crop producers are seeing rising prices and a positive crop market outlook, alongside producers throughout the United States. Alabama Cooperative Extension System Economist Wendiam Sawadgo said prices are definitely higher than the ones producers have seen in the past few years.

“There have been a few factors at play,” Sawadgo said. “Trade with China—especially feed grains—has increased demands for US products. This is likely largely due to the trade deal, but also China is working to rebuild its hog herd supply following the African Swine Fever outbreak. For this reason, China is importing a lot of feed.”

Sawadgo said production of corn and cotton in the United States was lower than expected because of weather, so the U.S. Department of Agriculture National Agriculture Statistics Service revised the stock estimates of most crops downward by as much as 10 percent last fall. This lowered the crop supply and prices rose shortly after.

The third factor at play is the COVID vaccine. The vaccine has increased optimism in agricultural markets. The virus has disrupted cotton and corn markets, like other markets.

“Cotton markets have long faced supply chain disruptions due to COVID, but clothing sales are likely to increase as soon as macroeconomic conditions improve,” Sawadgo said. “This should increase demand for cotton.”

As people begin traveling again, the demand for ethanol should increase; in turn, corn prices will rise.

Sawdago said one factor is lower production in the United States, partly because of bad weather, especially in Texas.

Professionals expect world cotton production to be lower because of droughts. Although demand was low in 2020, low supply levels and a big dose of optimism seem to be driving 2021 prices higher.

Sawadgo said it is generally a good idea for producers to lock in some loads at prices that would be beneficial for their operations.

“While there is always the possibility that prices could continue to increase, prices could also decline,” he said. “Thus, booking some portion of fall crops can help mitigate price risk.”

Farmers may want to have a price goal for their crop, then lock in prices when numbers reach that point as part of a marketing strategy.

“Ongoing harvest in Brazil may affect some global crop outlooks, especially soybeans since they are the largest producer,” Sawadgo said. “Parts of South America have been impacted by droughts with the La Niña year. This means yields could be low, further increasing prices.”

He said the biggest thing he is watching is where prices will fall at planting time. This will affect what farmers plant both in Alabama and nationwide.

“Soybean acreage could increase,” he said. “I’m interested to see if farmers will shift acreage from cotton and peanuts toward corn and soybeans, given the competitive prices of corn and soybeans.”