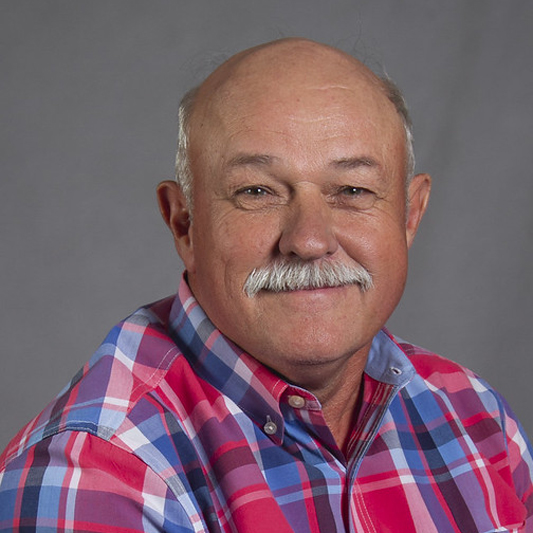 A successful Arkansas economy relies on two essential elements: agriculture and farmers. Unfortunately, fewer young people are choosing to farm, leaving a widening knowledge disparity for those watching over crops.

The Cooperative Extension Service has turned that conundrum into an opportunity, tapping Andy Vangilder as an instructor to help growers in the state’s burgeoning peanut fields and serving as a mentor to younger agents.

While driving in northeast Arkansas, Vangilder explained how the Extension service is bridging the gap.

“After 35 years, I’d retired after working in the northeast,” said Vangilder, veteran Extension agent for the University of Arkansas System Division of Agriculture. “My primary interest had always been cotton. So, I was away from Extension for three years and then got a call from an old colleague saying ‘Hey, Andy, we have some peanut growers needing help.’”

Vangilder said Travis Faske, Extension plant pathologist for the Division of Agriculture and the institution’s de facto peanut agronomist for the past several years, has proved an invaluable resource to his efforts.

“I lean on him for my information,” Vangilder said. “He has a big responsibility working on plant diseases, working on nematodes resistant crops and other things.”

One thing that’s important to understand, Vangilder said, “is we’re trying to get young agents better trained to get out and work with producers. That can be difficult for them because often there are few mentors. They can be alone in a county with little help. So, a few years ago, our director (Dr. Rick Cartwright) took a seasoned agent, Hank Chaney, and moved him into a position as an instructor/educator. Hank now works with all the young agents.”

Vangilder first began working with peanuts in the early 1980s in Craighead County.

“We had a few growers who were the last to have allotments,” he said, referring to the system by which the U.S. Department of Agriculture once assigned limited peanut acreage to participating farmers. “There were some great peanut crops at the time – the area is good peanut land. But then the allotments ended and that coincided with a tough growing season because it was so wet. So, I was brought in to help with peanut producers.”

Vangilder’s experience with cotton proved beneficial because a peanut/cotton rotation is a key tool in conserving soil nutrients over consecutive growing seasons.

“That means I’m doing peanut field calls, doing research on production practices to increase income, and help younger agents learn peanuts and cotton,” he said. “I’m the first to say I’m not a peanut specialist, but I’ve learned a lot since taking this position. Knowledge will come when you’re willing to work.”

What’s interesting about growing peanuts in Arkansas, he said, “is we can grow them in some of the sandiest, sorriest root-knot nematode-infested ground. That crop will do very well and reduce the nematode population, and then the producer can come back and grow a cotton or soybean crop that has a good seed or in-furrow treatment. The third year, producers can plant corn or soybeans before coming back to peanuts. That’s a very successful rotation scheme.”

Vangilder is quick to credit Extension and business-world colleagues.

“The Peanut Growers Association of Arkansas has been great to work with, as well,” Vangilder said. “They’ve provided check-off funds for my position. Delta Peanut and Birdsong have also been extremely helpful.”

Several equipment upgrades will help with research in the state,  he said, including a weigh wagon, which Monfort designed, and a portable harvester.

“That’s been one of the problems with peanut research,” Vangilder said. “It’s hard to get accurate data without the right equipment. Do the weights in the field tell you whether a product or practice is actually working? A proper weigh wagon will give us those answers and we’ve got one coming. That will make a great difference in giving us answers in how to move peanut production to a greater level in the state. “

“I want to hear from any producer interested in on-farm research,” he said. “We’re looking to do fungicide work, variety testing, plant growth regulators, all sorts of things. We’ll be looking at gypsum, even on high-calcium soils.”