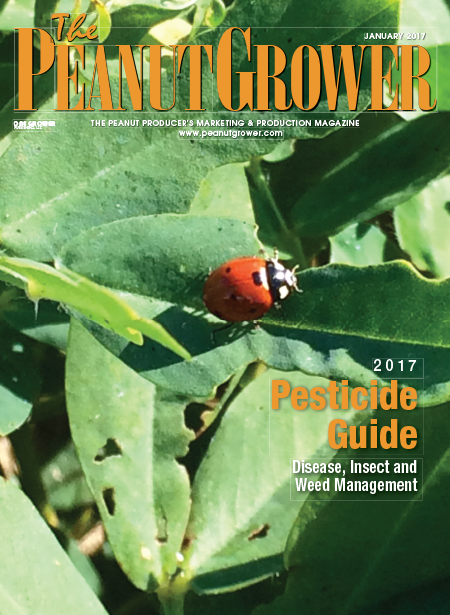 Is there anyone with more faith than the farmer? He or she puts a tiny seed in the ground and expects big things to come. Last year, there were millions of kernels in warehouses and millions more going into the ground, and yet if domestic usage holds steady and exports continue, there could be a shortfall before the next crop is harvested? Wow.

According to Nathan Smith, Clemson Extension economist, peanut usage jumped 26 percent last year on strong demand for peanut butter and candy, but should drop around 5 percent this year.

The continuation of exports to Asia in addition to Europe and other destinations will be key for 2017 prices, Smith says.

“Steady” would be a welcome change for the peanut industry instead of the market roller coaster producers had been riding.

For cotton, Smith says exports were strong this year, pushing cotton usage to 15.5 million, but supply still exceeds demand. Production will outpace use. However, cotton prices have improved over the past year due to export demand for good quality cotton. Growers should look for marketing opportunities at 72 cents a pound in the cash market, Smith said.

Both corn and soybeans have record yields and both have high ending stocks.

I would be remiss if I did not mention here how sad it was to hear of the passing of Bob Scott. He was the first person that I met who promoted South Carolina’s peanuts and he did so with a passion. He was also one of those people who was very knowledgeable about so many different topics, but could explain and teach so you could understand and did so in a humble and generous way. When he no longer attended meetings and his health began to decline, I missed seeing and talking with him. South Carolina agriculture, and the peanut industry especially, is better for having Bob Scott as their advocate for so many years.