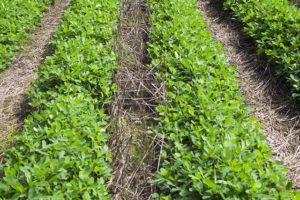 Cover crops protect and improve the soil when a cash crop is not growing. Ways that cover crops lead to better soil health and potentially better farm profits are outlined in the following 10 key impacts.

1 Cover crops feed many types of soil organisms. Most soil fungi and bacteria are beneficial to crops. They feed on carbohydrates from plant roots and release nutrients, such as nitrogen or phosphorus, to the crop. Earthworms and arthropods eat fungi and bacteria. Cover crops support the entire soil food web.

2 Cover crops increase the number of earthworms. Cover crops typically lead to greater earthworm numbers and diversity. Earthworms like nightcrawlers tunnel vertically, while others, like redworms, tunnel horizontally. Both create channels for crop roots and for water and air to move into the soil.

4 Cover crops contribute to better management of soil nutrients. By building soil organic matter, cover crops may impact the need for fertilizer. Cover crops scavenge for nutrients and hold nitrogen rather than letting it escape into rivers or groundwater. The nitrogen is released to the next year’s crop.

5 Cover crops help keep the soil covered. Rain is likely to cause bare soil to erode, form a crust or overheat in direct sun. Some bare soils can reach 140 degrees, killing soil organisms and stressing the crop. Cover crop residue protects the soil.

7 Cover crops aerate the soil and help rain go into the soil. Cover crops open up soil channels for rain. This is particularly the case under minimum tillage. The rain that soaks into the soil instead of running off makes a big difference for crop yields. The extra aeration created by roots and earthworms benefits crop roots and other soil organisms.

9 Cover crops make it easier to integrate livestock with field crops. Think of buffalo herds foraging on prairies, and you can see how natural systems evolved to have an integration of plants and grazing animals. The manure from livestock grazing can be beneficial for building organic matter and soil health. It is also a way to profit from cover crops.

10 Cover crops greatly reduce soil erosion and loss. The future of our food supply depends on topsoil, and cover crops are exceptional at helping stop erosion. No-till with cover crops reduces erosion to a fraction of what it would be. Even with light tillage, a field with cover crops is still better protected.

Article from the Southern Agriculture Research and Education program. For information, visit www.sare.org/covercrops.