Carryover Expected To Be In More Balanced Position 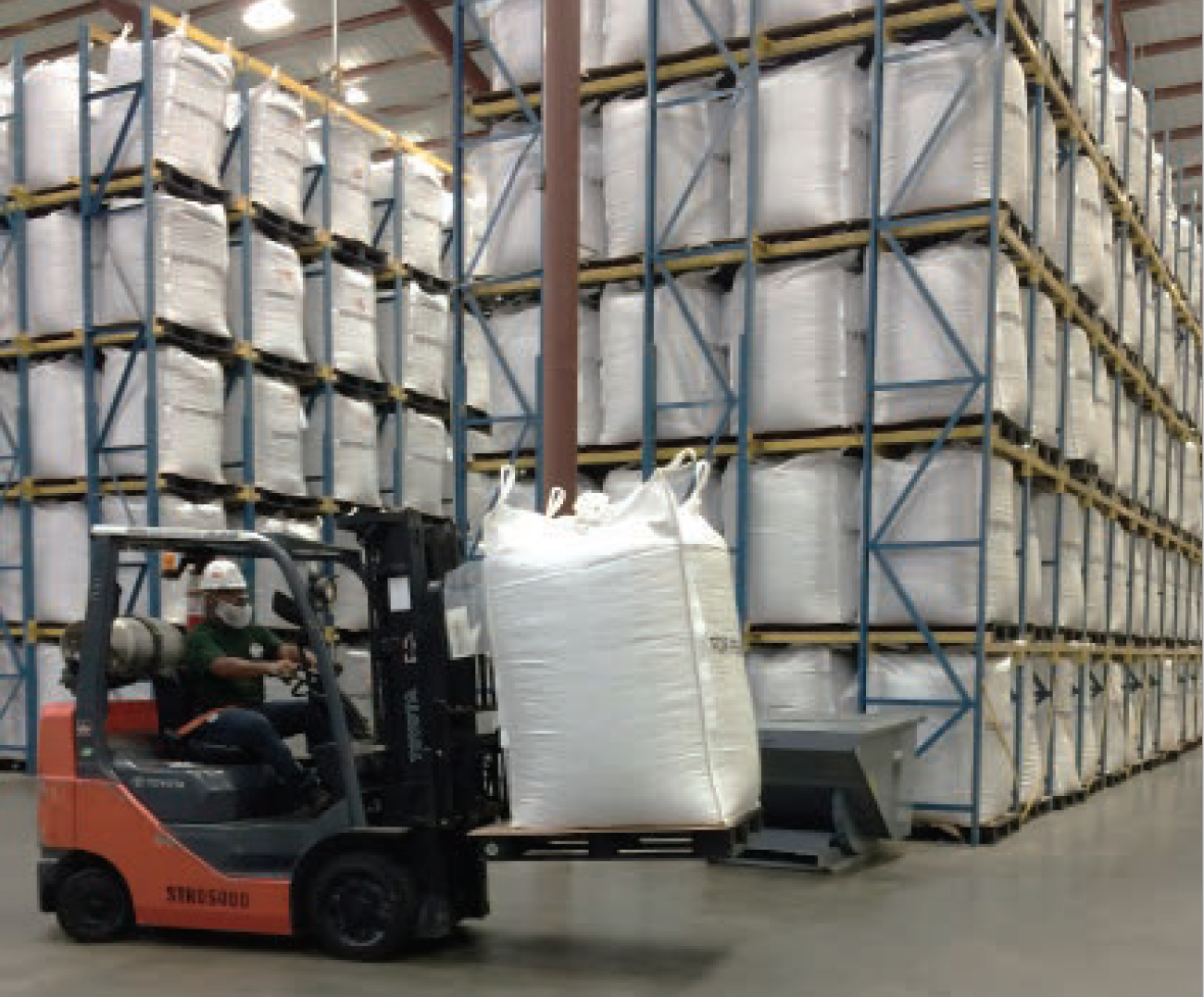 Peanut production in 2018 in the United States was 2,730,800 tons. The 23 percent reduction from the previous year was a move in the right direction to balance the U.S. supply with world demand.

However, it is now apparent that it was not enough to move the market as demand for peanuts in the United States and the export market has slowed and even declined.

That makes marketing the 2019 crop difficult for the farmer. With shelled peanuts on hand up 8 to 10 percent and even purchased peanuts delayed in delivery plus prices at rock bottom, shellers are only offering the minimum to protect the business and the farmers who want to have a future in peanuts.

One peanut leader said it well, “The U.S. finally delivered about 2.7 million farmer-stock tons, which should have put the expected carryover in a more balanced position. However, both domestic and export demand for U.S. peanuts are stagnant and well below expectations. In 2018/19 the high carryover is a function of demand. To get back to a carryover estimate that is good for the entire industry, we do need to reduce acreage in 2019 if demand doesn’t improve.”

What Are The Facts?

Ending stocks are still high. The U.S. peanut industry will enter 2019 with a carry forward about 12 percent less than last year at 1,191,000 tons. 2019 farmer stock opening contracts are at $400 per ton for Southeast Runners, $425 per ton for high oleic variety and $450 per ton for Virginia type in the Virginia-Carolina region. Farmers are not happy that prices are at or below the cost of production.

Response has been slow as farmers eye the cotton market and pray that China might buy more peanuts and cotton. At press time, most shellers have withdrawn from the farmer-stock market.

Another factor is that USDA is holding 121,684 tons of forfeitures from 2017 crop that will be up for sale soon. USDA has issued a call for inquiries on bartering for peanut butter. Officials have been slow to offer the stored peanuts for sale because of time spent on new regulations from the Farm Bill.

The Federal State Inspection Service reports deliveries of 2,735,398 tons, about the same as the final crop estimate of 2,730,800 tons. USDA predicts a domestic food use increase of 2.7 percent, but through January peanut usage is down 3.1 percent. Peanut exports are predicted to decrease 5.7 percent, but boasted an 11.9 percent increase through November.

The Price Loss Coverage is a safety net that farmers will have to depend on this year. The average price of all peanuts is estimated by USDA at $430 per ton; however, that is declining. A payment in October of $105 per ton is indicated for farmers having a farm base, which will be applied to 85 percent of the base. 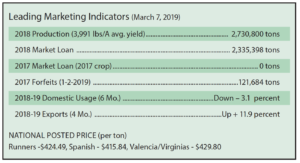 With usage for the three months until the new crop at about 225,000 tons per month, that leaves a pile of peanuts of about 300,000 tons with no home. Any kind of weather problem in the peanut production areas could change market dynamics.

What Is Wrong With Demand?

However, the way that millennials are consuming peanuts is different than other generations. Millennials are more likely to have tried peanut candy, peanut oil and peanut powder compared to the general population.

For the peanut butter category, the artisanal brands are hot food trends, high quality or distinctive product made in small quantities, usually by hand or using traditional methods. Buying indicates less big jars possibly. There may be a lull in the market, but consumers still love their peanut butter.

China appears to be out of the discussion. The tariff issue is not being discussed and marketers indicate China has a good supply and is expected to plant about the same hectares as last year. Argentina has a good crop they are about to harvest, overcoming no rains in February with showers returning in March to the peanut production region. Acreage was down 16 percent, but yields up.

U.S. export of peanuts were up 11.9 percent through November. Information expected during the December/January government shutdown was expected to finally be released in March.

The trade mitigation is a positive for the peanut industry with USDA purchasing 5.4 million pounds of peanut butter for domestic food funded by $5.3 million in foreign ag funds. Another $1.9 million was allocated to the American Peanut Council for promotion programs in Japan, Columbia and the European Union over the next three years.

Watch for the March 30 acreage estimate. That could impact market offers. Hurricane Michael is still affecting the peanut industry as more aflatoxin is being reported in warehouse storage caused by wet conditions. Early spring rains have delayed corn plantings and that might put more pressure on peanut acres.

Growers are encouraged to cover the peanut production basics before spending on unnecessary inputs. Protect seed quality at planting time. Be conservative on planting and wait — markets will get better.