Market Factors: With a big crop expected, make arrangements for storage prior to planting 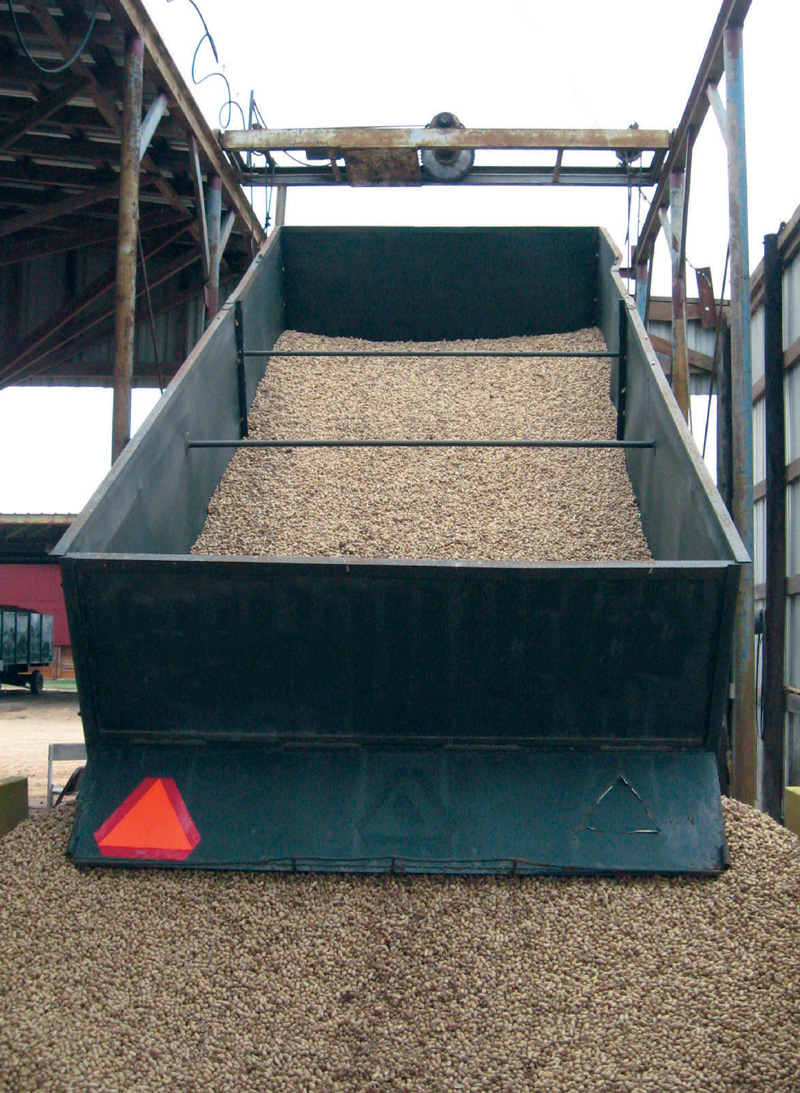 The market situation for peanuts has been the talk of all winter meetings because the lack of competitive prices for other row crops. The result will likely be too many peanuts, a plunge in the price and continued volatility in the peanut market. Nathan Smith, University of Georgia Extension peanut economist, says 2014 was a balanced year for production and use with domestic use increasing a little from the year before and exports being down a little.

“We are the low-cost producers with the best quality,” Smith says, which will help to keep the export market from dropping off.

“Our issue is not really demand, except that we really can’t grow demand enough to take up all the peanuts we could grow in the field,” Smith says.

“When supply and demand gets out of balance, it’s the grower that takes the first hit,” says Dell Cotton, Virginia Peanut Growers Cooperative Marketing Association executive director. “We are increasing acres and increasing pounds that come off those acres. We could decrease acres and still get the same poundage.”

The average yield has increased because of newer varieties and improved rotations, Cotton says, especially in Virginia, which is now close to four- or even five-year rotations on peanuts.

“2014 was a record year again, and we have had two of the biggest crops in the last three years,” he says. Smith says growers are leaning more toward PLC in peanuts and ARC-County on other covered crops. “If peanuts trigger a PLC payment, you can pretty much count on ARC-County triggering a payment,” he says.

Cotton base is available as generic base to be planted under another of the covered commodities. “We’ll have more peanuts, soybeans and some cotton,” Smith says. “The payment limit will come a lot quicker on fewer acres of peanuts, too.”

Cotton says it is a mistake to be under the impression that you will receive $535 per ton. “The payments are there, but overplanting will catch up to us,” he says.

Where Will Your Crop Go?

Another primary concern should be storage availability. Many experts are urging producers not to plant without making arrangements for approved storage prior to planting. Don’t assume storage will be available in your area. Storage capacity two states away won’t help you very much at harvest.

“Don’t plant if you do not have arrangements to store those peanuts,” Cotton says. “Know that before planting. Virginia types are very easy to over produce. There will likely be fewer Virginia-type contracts and for less than you’d like to see.

“Also keep in mind, contracts may be limited in poundage and you may not get anything for your extra peanuts,” he says.

Any number of situations can happen from now until harvest, but the expectation of a larger crop changes the dynamic for producers who need to be aware of poundage limits on contracts and storage in their area.