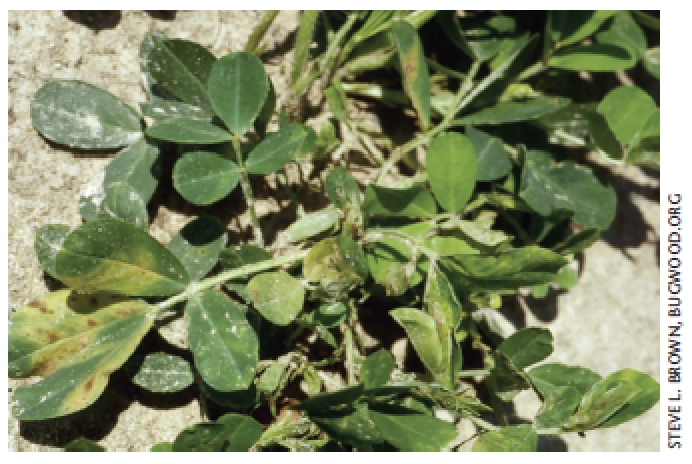 Winter? What winter? That was the collective thought for most of December and January, with February turning off just plain hot. The cold spell in mid-March was the most consecutive days of below-freezing temperatures that the Southern states had seen all winter. While another frost could happen in April, the warm weather has University of Georgia plant pathologist, Bob Kemerait warning producers to be very aggressive against disease and nematodes this planting season.

“The weather we did not have this winter is not helping us as far as nematode and disease control on any crop,” Kemerait says. “We are going to have to be more aggressive going into 2017 because of shorter rotations and also because of the lack of cold weather.”

No Reset This Winter

As a plant pathologist, Kemerait says he looks for extended periods of cold weather in December and January to be a reset button between 2016 and 2017.

“You can’t overcome short rotations with cold weather, but you can put the nematodes in hibernation. We can freeze back volunteer crops; we can kill weeds. A lot of these things did not happen this year with our very warm winter,” he says.

Volunteer peanuts, which were growing in January, are a bridge for disease and for nematodes.
Since then we have had a freeze, but Kemerait says he still anticipates the need to be aggressive on disease and nematodes.

If temperatures stay above normal, Kemerait says to look for Aspergillus crown rot, a disease that affects peanut seedlings from that first month to six weeks.

“The seedlings will die and if you pull them up, you’ll see the taproot is damaged and there is a black sooty sporulation.”

Kemerait says Aspergillus crown rot was especially severe in some fields in 2016 and was most commonly found in fields planted with farmer-saved seed. Although most producers who save seed are conscientious in their efforts to take care of their seed and get it treated properly, there must be a part of the process that makes farmer-saved seed more susceptible to seedling disease.

“The problem with saving seed is how it is stored after it was produced, and, after it was shelled, how well was the fungicide put on? If you have good seed that is not stored well or you have good seed that is stored well but not treated well, this disease comes out,” Kemerait says. “Growers who are saving seed should add Abound in-furrow or an Azoxystrobin in-furrow as a complement to seed treatments.”

Even for those not saving seed, Kemerait cautions that conditions can be right for anyone to have a problem with Aspergillus crown rot as it happens most often in hot, sandy soils. “That young taproot will be blistered and the fungus gets in there.”

Kemerait says the most effective way to manage this disease is with a good seed treatment, and using Abound in-furrow to complement the seed treatment. “If you can, use irrigation to cool the soil. That will help,” he says.

Kemerait says if Aspergillus crown rot occurs in the field, it is not just about stand loss, but also about the possible increase in TSWV.

Extended cold weather is needed to keep nematodes in hibernation and this did not happen.

Kemerait says that peanut root-knot nematodes are often frequently under-managed in Georgia, either because the symptoms are not recognized or because growers are reluctant to take the steps needed to ensure adequate control. But this year, with volunteer peanuts already growing in February, nematodes had a really good head start for 2017.

“Nematodes have a complete life cycle in three weeks. With the extended warm weather allowing for a build up of nematode populations before planting, we will need to be very aggressive against this pest,” Kemerait says.

Rotation with a crop that is not a host for peanut root-knot nematode, such as cotton,  is always the first line of defense against nematodes and disease. For rotations that are fewer years than recommended, consider other management steps.

Remember to take steps to reduce the possibility of seedling disease and nematodes as planting gets underway for 2017.