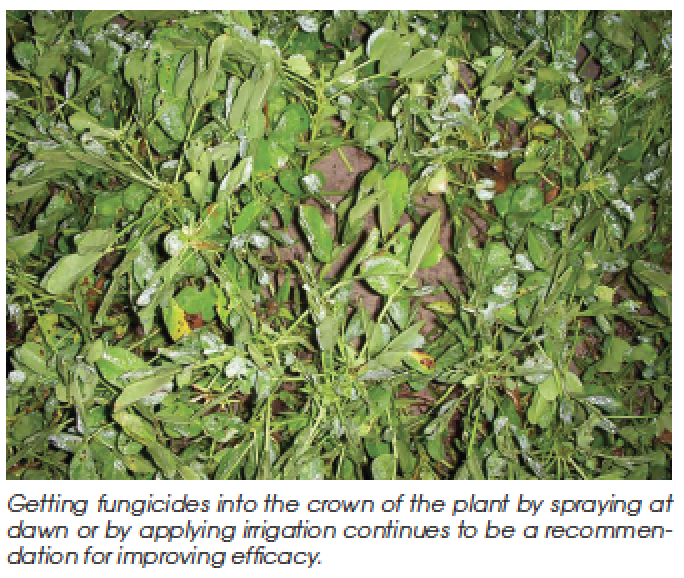 Be critical about fungicide selection, timing and ability to move down the plant in what could be a year of increased disease.

The first line of defense in disease management in peanuts is crop rotation. However, the projected increase in acreage means that crop rotations are being shortened.

Scott Monfort, University of Georgia Extension peanut specialist, estimates that about 20 percent of the peanuts in Georgia will be produced under a shortened rotation, which is not ideal for peanut production, which need to be grown on longer rotations – three to four years between peanut crops – to effectively minimize disease and insect pressure.

“Our rotations are already suffering from being shortened from what we recommend,” Monfort said. “This increases potential problems with disease and other issues. It’s going to negatively impact yields as we continue to grow this many acres.”

This, coupled with the unseasonably warm winter, means diseases and nematodes are going to get an earlier start than normal, he says.

After crop rotation, selection of newer peanut varieties with improved resistance to diseases such as white mold, for example Georgia-12Y, is the next management step, says Bob Kemerait, UGA Extension plant pathologist.

“In a tough situation, newer fungicides are going to serve you better,” Kemerait says.
In all of the winter meetings, Kemerait used an example of a field from Jeff Davis County from 2016 to make his management points.

“Two weeks prior to my visit, you could not find disease in the field. Management had included a tebuconazole/chlorothalonil program. The variety was Georgia-06G and it was not irrigated. Almost overnight the field collapsed. Must Move To The Crown

Why was it so bad? Kemerait says there were several reasons.

“It was dry conditions and, therefore, there was no opportunity to move the fungicides down into the crown of the plant. Also, stronger fungicides were needed.”

Producers need to remember that it is critical to get help from irrigation or rainfall to move fungicides from the leaves to the crown and limbs of the plant for white mold control. In dryland fields, growers should consider spraying white-mold materials at night or increasing spray volume to better relocate fungicides.

“If you have irrigation, in the 12 to 24 hours after application, irrigate enough to wash the material down into the plant,” he says.

Kemerait also recommends a banded application of Proline at three to five weeks after planting. “This is a superior treatment to Provost in-furrow for white mold,” he says.

Because of the shortened rotations and warmer winter, Monfort believes the costs of managing diseases and nematodes are going to be elevated this year, but to avoid succumbing to these pests, growers are advised to not skip any management steps.

“If you have a field that’s at a higher risk for disease, make sure to adjust your management situation for that,” he says, adding that producers shouldn’t cut corners, and they need to be scouting or have a consultant walking the fields to keep a record of what’s happening out there. PG