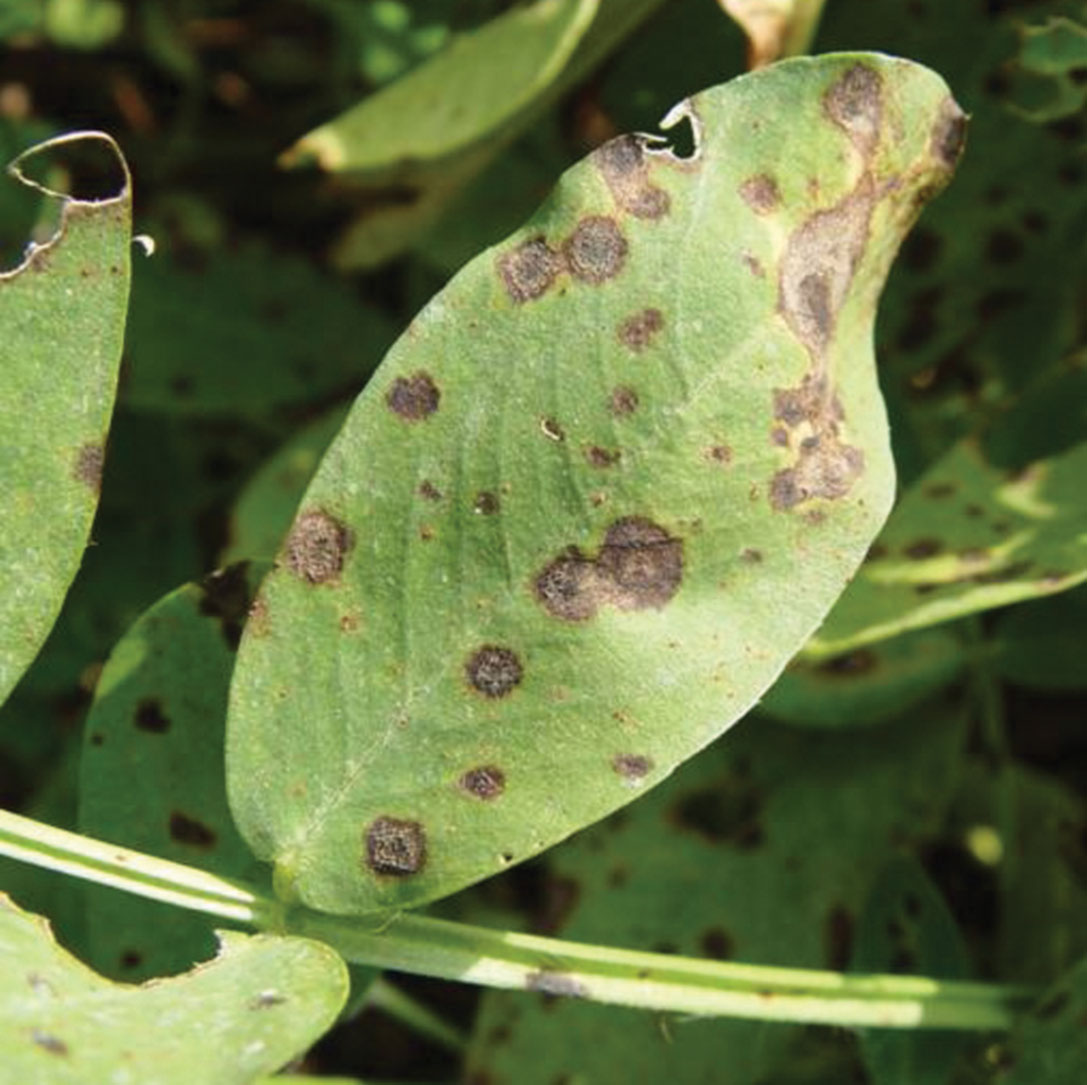 Pesticide options for 2015 include a new fungicide offering from Syngenta and an insecticide/nematicide combination product from Bayer CropScience. Included in this article is information about these new products and a few others that you may encounter for the first time this year. Additionally, a new class of chemistry has moved to the forefront, which will help increase the potential modes of action in which producers can choose.

According to Syngenta, Elatus will provide excellent preventive and early season protection against foliar and soilborne diseases, including Southern stem rot (white mold), Rhizoctonia limb rot and both early and late leaf spot.

Syngenta technical product lead, Allison Tally, says as soon as registration is received from the EPA, Syngenta will have the product ready.

“We were looking at using the product for leaf spot control, and we noticed that we were getting really good yields. We began to realize that we were also getting good control of Southern stem rot, and that was really exciting.”

The Solatenol fungicide portion of the product strongly binds to the plant’s waxy layer and slowly penetrates into the tissue. It works quickly to inhibit spore germination and mycelial growth, resulting in excellent disease control.

“It stops respiration of the fungus and does not leach into the soil,” Tally says.

Elatus should be applied at 60 to 90 days after planting, but it can go out earlier and be used at least three times with a lower rate.

In nematodes, Velum Total works to inhibit mitochondria cell function, which results in immobility and death.

“Bayer CropScience is excited to offer growers another innovative management solution for Southern row crops,” says Lee Hall, Bayer CropScience product manager.“Velum Total will give growers confidence that they are getting the best return on their early season investment for maximum yield at harvest. Velum Total has a unique ability to enhance early season root health and plant growth while limiting damage from high-risk insects like thrips, aphids, leafhoppers and yieldrobbing plant parasitic nematodes.”

According to Bob Kemerait, University of Georgia Extension plant pathologist, in their studies, use of Velum Total was found to effectively reduce nematode damage to the peanut plants and increase yield versus untreated plots.

Velum Total is applied in-furrow atplant to protect and enhance early plant growth and to establish a strong crop. Because of its innovative formulation, growers can adjust application rates based on pest pressure. Velum Total has been evaluated in a tankmix with a wide range of agricultural products, including peanut inoculants, without compatibility issues.

After a limited 2015 Southeast introduction, a full launch is expected in 2016.

Other Fungicides Of Note:

• Alto (cyproconazole) from Syngenta will be promoted as a mix partner with Abound (azoxystrobin) to promote resistance management and to further enhance control of leaf spot diseases.

• Priaxor, a pre-mix of Headline and Xemium (fluxapyroxad), is labeled by BASF for use on peanuts. Priaxor has been shown to be effective in the management of foliar and soilborne diseases, and the combination of pyraclostrobin and fluxapyroxad should help to reduce the risk of fungicide resistance.

• Custodia, a premix of azoxystrobin and tebuconazole, will be available from MANA in the 2015 season.

• Muscle ADV, a premix of tebuconazole and chlorothalonil, will be available from SipCam.

• Fontelis (penthiopyrad) is a newer fungicide in the SDHI class. Extensive field tests have shown this product to be effective against common peanut diseases. It has broad-spectrum activity in the management of leaf spot diseases, white mold, Rhizoctonia limb rot and Cylindrocladium black rot. Penthiopyrad, the active ingredient in Fontelis, is in a different fungicide class than other common fungicides, such as Provost, Proline, Quash, tebuconazole and Abound.

SDHI Moves To The Head Of The Class

The SDHI class of chemistry is one that has emerged on the scene lately, but it really is more of a re-emergence, says Bob Kemerait, University of Georgia Extension plant pathologist.

“Flutolanil, the active ingredient in Moncut and Convoy and one of the ingredients in Artisan, was an early fungicide in the SDHI class to be used to protect against white mold and Rhizoctonia limb rot,” Kemerait says. “However, flutolanil was not effective against leaf spot diseases.

Kemerait says SDHI fungicides, as a class, are effective because they disrupt a specific biochemical process in the mitochondria of the fungal pathogens.

“Strobilurin fungicides work in the same way, but at a different site in the biochemical pathway in the mitochondria,” he says.

He also says not all SDHI fungicides are the same, and like other fungicides, resistance can develop in the fungal pathogens.

“Growers must take management steps to reduce the risk for development of this resistance.”

Velum Total is a combination of fluopyram and imidacloprid for management of nematodes and thrips. Fluopyram also is a member of the SDHI class and affects nematodes in the same way SDHI fungicides affect fungal pathogens.