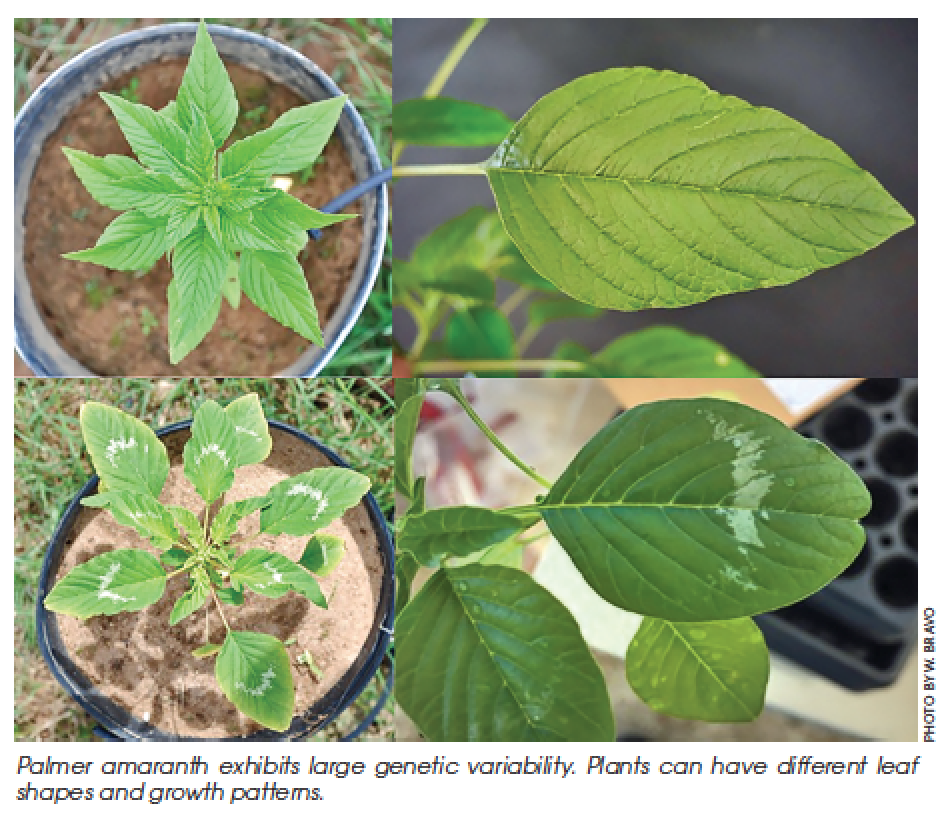 This weed’s ability to survive goes beyond its penchant for developing resistance to herbicides.

Palmer amaranth, commonly referred to as Palmer pigweed, is perhaps the most problematic weed in the southern United States, especially in row-crop production. This weed can not only produce abundant seed allowing it to establish dense populations that can out-compete many crops, but it also has evolved resistance to multiple herbicides, which has made its control even more difficult. Although the research is still underway and more information is needed, the current evidence suggests that Palmer amaranth plants surviving herbicide applications are quickly adapting to the competitive environment created by the crop canopy and this additional adaption might be making this weed species more successful in crop fields.

How can we use this information to better manage Palmer amaranth? First, we need to recognize that herbicide resistance is not only a serious problem by itself, but can favor other changes that could make the weed more aggressive. Therefore, having a herbicide program with proper rotation of mechanisms of action (MOA) and that include both preemergence and postemergence herbicides is very important to prevent the evolution of herbicide resistance.

Secondly, remember that the plants surviving weed control are the ones that will adapt to crop canopy competition, so we should be very proactive identifying escapes to herbicide applications to control them immediately. This requires developing a strategy of sequential weed control actions after crop emergence. Combining cultivation and herbicides might be one option to achieve this, but also the use of sequential postemergence herbicide applications that use different MOAs or tankmixes will help reduce the number of surviving weeds.

The results of Palmer amaranth research are a reminder that weeds are constantly adapting to our management, and they do so very rapidly. Pay close attention to the behavior of weeds changing over time to make sure you are not caught off-guard when a major weed problem is about to explode on your farm. If you identify the issues in time, there are plenty of tools to get things back under control. If you wait until weeds take over the field, it will take a lot of time and money to reduce Palmer amaranth populations to manageable levels.

•    Plan a herbicide program with proper rotation of mechanisms of action (MOA) and that
include both preemergence and postemergence herbicides.
•    Be proactive in identifying escapes to herbicide applications and control immediately with cultivation and herbicides.
•    The use of sequential postemergence herbicide applications that use different MOAs or tankmixes can also help reduce the number of surviving weeds.
•    Use a diverse crop rotation including crops with different canopy characteristics and planting and harvest times. Include crops that allow mechanical control to eliminate Palmer amaranth’s advantage.