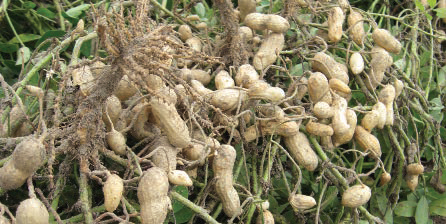 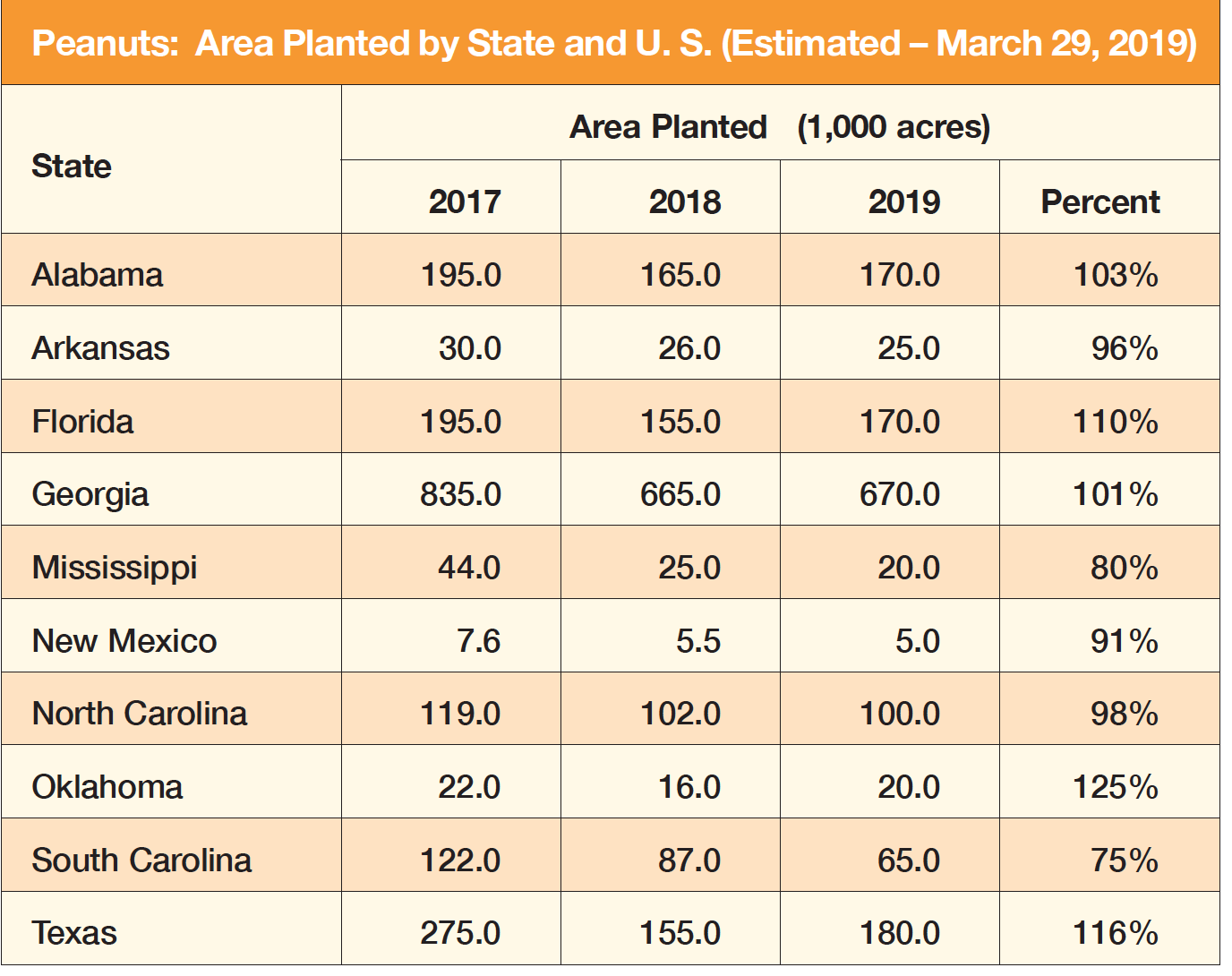 According to USDA’s National Agriculture Statistics Service, U.S. peanut growers intend to plant 1.45 million acres in 2019, up 2 percent from 2018’s harvest numbers. In 2018, peanut growers planted 1.5 million acres, which was the lowest planted area since 2014, but weather-related events, including two hurricanes in the peanut belt, took its toll on the crop.

For 2019, planting area in Alabama, Florida, Georgia, Oklahoma and Texas are expected to increase, while Arkansas, Mississippi, New Mexico and North Carolina are expected to decrease moderately. South Carolina’s producers report a more significant decrease in acres to about half of what was planted in 2017. In Georgia, according to the NASS report, producers are expected to plant an area that is up 1 percent from 2018.

Corn Up, Soybeans Down

Corn planted area for all purposes in 2019 is estimated at 92.8 million acres, up 4 percent or 3.66 million acres from last year. Compared with last year, planted acreage is expected to be up or unchanged in 34 of the 48 estimating states.

Soybean planted area for 2019 is estimated at 84.6 million acres, down 5 percent from last year. Compared with last year, planted acreage is down or unchanged in 26 of the 29 estimating states.