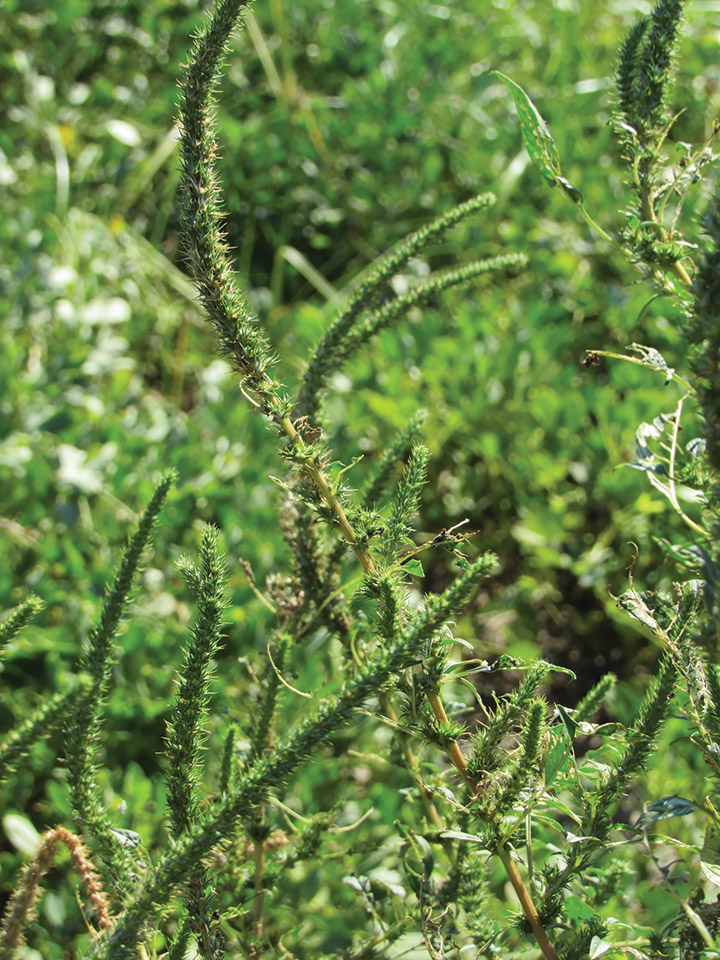 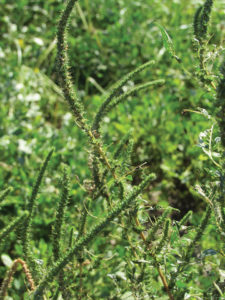 A proactive approach using diverse weed-control tactics is the most effective way to manage herbicide resistance. Early detection leads to easier management and decreases the potential spread of the resistant biotype.

Unfortunately, because resistant plants and susceptible plants look alike, resistance often is not detected until the resistant biotype has spread to 30% or more of the field and perhaps to surrounding fields.

The primary objective of proactive resistance management is to reduce selection pressure by:

Proactively managing for herbicide resistance is a good alternative to overcoming resistance once it occurs.

Correct Herbicide Use And Selection

Use herbicides correctly with the following steps:

1. Rotate herbicides with different mechanisms of action, not just different label names. Avoid consecutive applications of the same herbicide unless it is a tankmix or prepack containing a herbicide with a different MOA or is used with other weed management options such as cultivation. The herbicides and/or alternative methods used must be active against the target weed.

2. Use herbicides with a different MOA in the same spray tank in a given crop year or between years. This can be accomplished most efficiently with tankmixes and prepacks. Tankmixing allows for adjusting the ratio of herbicides to fit local weed and soil conditions, while premixes are formulated by the manufacturer.

The combinations are designed to broaden the spectrum of weeds controlled by an individual herbicide. If the combination is composed of herbicides with different MOAs against the same weeds, it will contribute to resistance management.

The different herbicides in the mixture must be active against the target weeds so that weed biotypes resistant to one MOA are controlled by the herbicide partner with a different MOA.

Repeated use of any tankmix or pre-pack combination may give rise to herbicide resistance, but the probability is very low.

4. Apply herbicides evenly and accurately. Use labeled application rates. Rates less than the labeled amount increase the likelihood of metabolic resistance. Using higher than labeled rates is illegal and can also enhance selection pressure for resistance.

Use cultural practices to reduce reliance on herbicides. When fewer non-chemical control methods, such as cultivation, are used, resistance is likely to develop more rapidly. Use correct row spacing, proper fertility, optimum planting dates and management of other pests to maximize the crop’s ability to compete with weeds.

Start with a clean field, and control weeds early by using a burndown treatment or tillage in combination with a pre-emergence residual herbicide. Do not let weeds to go to seed.

It is possible to rotate crops and still be using the same herbicide MOA to control the same weed. For example, there are several ALS-inhibiting herbicides (from the sulfonylurea and imidazolinone families) for peanuts and cotton applied preemergence or postemergence.

Scout fields regularly and keep good records of herbicide use to aid in planning. Note the weed species present in a field, the herbicides applied and what level of control was achieved. Resistant weeds can spread from highways, railroads, utility rights-of-way and other areas near your farm or treated site.