Show Me The Peanuts 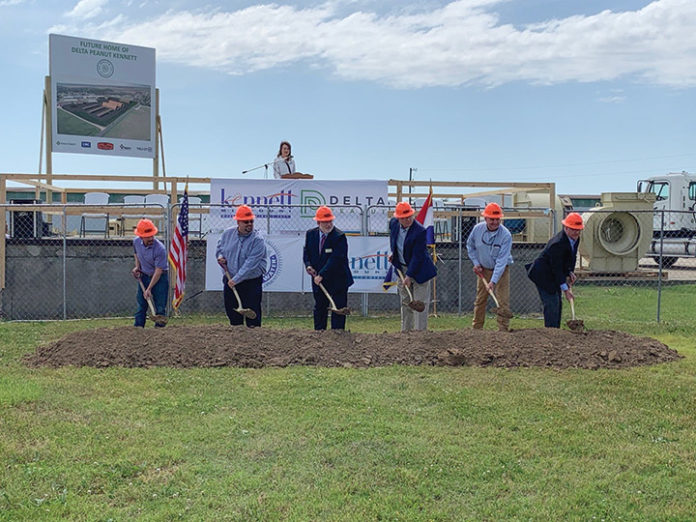 The Missouri Bootheel is getting its first buying point, shelling and blanching facility.

Necessity is the mother of invention, but it is also the reason producers try new crops. That’s what is happening in the Missouri Bootheel. Producers looking for so 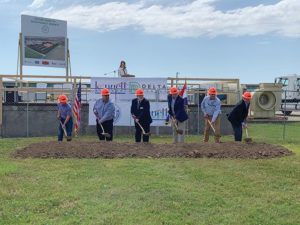 mething to grow on their sandy land besides corn or cotton decided to give peanuts a try. The crop became more attractive when Delta Peanut built a buying point and shelling facility in Jonesboro, Arkansas. Instead of trucking the crop to Texas or Georgia, the buying point was only an hour away.

Soon, producers in the Show-Me state won’t have to travel that far. The first peanut processing facility in Missouri will be in Kennett, creating 50 fulltime jobs with a capital investment of more than $50 million. Earlier this year, Delta Peanut completed the purchase of 55 acres from the city of Kennett, which was part of an 80-acre tract of land where the Dunklin County Compress had operated for many years in support of the region’s cotton industry.

Producers Are The Key

Delta Peanut chose Kennett to expand its operations because more producers in Southeast Missouri are growing peanuts and because of the proximity to food manufacturers who use peanuts. A key to the project was 75 producers who will own Delta Peanut Kennett LLC by investing through the Missouri Department of Agriculture’s New Generation Cooperative Incentive Tax Program, says Delta Peanut CEO Tommy Jumper.

“Kennett is strategically located for Delta Peanut. It is 40 miles north of our shelling plant in Jonesboro and blessed with the correct soil types, crop rotation and irrigation. Once built, our buying point there will allow growers to add peanuts to their farm and current growers can increase their peanut acres.

“We see the Bootheel of Missouri as an area wanting to increase peanut acres and prepared to deliver good yields and quality. With a long history of agricultural commercialization, Kennett is no stranger to the opportunities and challenges of farming. They have been very helpful in addressing our needs for property, access and people. It amazes me what can be accomplished when so many people want the same thing.”

Five buildings on the land purchased by Delta are being retrofitted to provide space for a buying facility, seed treatment and storage, warehouse space, offices, a U.S. Department of Agriculture grading lab and maintenance shop. Construction of new buildings are planned to house blanching, shelling, drying and storage.

The USDA designated Missouri a primary peanut-growing state in April 2020 after maintaining a three-year average production of more than 10,000 tons. The designation allowed for the state to be put under the Peanut Promotion, Research and Information Order, which is administered by the National Peanut Board. Clay Deane of Sikeston and Russ Hoggard of Portageville became inaugural members of the National Peanut Board for Missouri.

“Peanuts are still new to us, so I’m excited to learn more about the industry in general, from the field to the end products and the marketing side,” says Hoggard about serving on the NPB. Both producers are also members of Delta Peanut, with Hoggard serving as secretary on the board of directors.

He operates Hoggard Farms in partnership with his son, Russell Todd, and nephew, Jeremy. This is his third year growing peanuts, and he currently farms high-oleic runners, cotton, rice, corn and soybeans.

Deane, who is also an inaugural member of the Missouri Peanut Producers Association, is co-owner and operator of North Delta Planting Co., which he runs in partnership with his cousins as a division of the family farm operation, Triple D Farms. He is a fifth-generation farmer who began working on the farm after graduating with a bachelor’s degree in agronomy from Mississippi State University in 2012. He began growing peanuts on the 5,500-acre farm in 2015. In addition to peanuts, he grows corn, wheat, soybeans, rice and cotton.

From Cotton To Peanuts

Delta Peanut began looking at the Kennett location in early 2020 and was able to take advantage of local, state and federal programs in place to create jobs and economic growth in rural areas.

The Missouri Department of Economic Development will provide incentives through the Missouri Works Program and, based on the jobs created, has awarded Kennett a Community Development Block Grant of $450,000 to help fund a new road off the North Bypass into the site. The Delta Regional Authority has also approved a grant for $350,000 to help fund the new road. The city will provide a match of about 15%.

The Compress site, as it is called, was developed in 1937 by National Compress & Warehouse. Eventually it became known as the Dunklin County Compress and was a major center of economic activity and employment for the Bootheel cotton industry.

In 1974 A.C. “Cully” Culpepper and his wife, Annette, moved to Kennett and began managing the facility. The property was purchased from the Culpepper family in February 2016 for economic development purposes. Besides serving as an agricultural center, the site also provided substantial warehouse space for Emerson Electric when it operated in Kennett; other area businesses have also used the buildings for warehouse space and industrial purposes.

Kennett Mayor Chancellor Wayne says, “We appreciate the confidence that Delta Peanut has shown in the city of Kennett and that they were able to utilize a portion of the Compress site for their project to create quality fulltime jobs and an investment of more than $50 million.

“This took a lot of work from many people, and it was exciting to see this all come together with the help of partners at the local, state and federal levels. This is a big deal for Kennett that will have a lasting economic impact. We look forward to maintaining these partnerships to attract more jobs in the future.”

Everyone in the area hopes that peanuts will fill the market for a plant-based protein grown with conventional farming techniques and also provide the local economy a boost with quality, good paying jobs. PG