T hink Inside And Outside T he Box 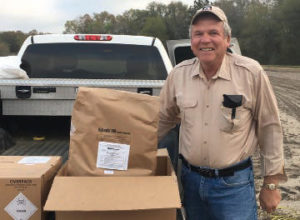 It’s that time of year again. Planting is right around the corner. Florence and Michael have come and gone. What’s going to be different this year? When planting time rolls around, calibration is key to getting the most “bang out of the buck.”

The first factor that should be considered is something a grower can control, according to experienced crop advisers.

“You can’t do anything about the hurricanes or the rain, but you can set yourself up for the best possible results when you’re applying a nematicide, insecticide or herbicide,” says Jerry Adams, crop consultant in Bishopville, South Carolina. “Relatively speaking, it only takes a half an hour or so to get it right. Even if you have to adjust the planter several times, it’s a relatively small investment in time.”

Calibration is one of the most overlooked details when it comes to application. “It’s a simple calculation, but growers often skip it completely or take shortcuts,” Adams says. “It’s ironic because they’re paying a premium to protect their crop, but they often skimp on the details that would help them get the most out of their investment.”

Planters are notoriously inconsistent no matter what brand a grower pledges allegiance to. Usually it’s an environmental factor(s) rather than a manufacturing glitch, according to Adams.

“If you have a planter that’s been sitting in the shed for 8-10 months, you’re going to have all sorts of potential problems that affect the performance of that machinery,” Adams says. “It could be anything from dust to mud daubers to a mouse who’s decided to take up house. Who knows? The key is to realize ‘stuff happens’ and you should take steps to make sure your equipment is operating properly.”

Every Box, Every Tube

There are a few new options available this season when it comes to early season crop protection. AgLogic aldicarb is one of them, although it is not exactly new. With nematicide and insecticidal protection, the product has been a welcome addition back into the crop production mix.

“When something works, you don’t just dump it,” Adams says. “But you have to make sure you’re using the equipment to the best of your advantage. Calibrating your rig is the first step. 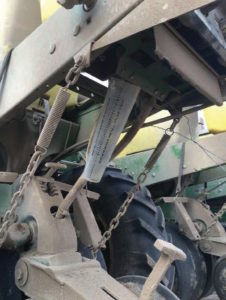 When calibrating a planter, it is very important to check every row, not just one or two rows or every other row.

“That means calibrating every row, not just one row or every other row. Calibrate every single row, and don’t assume that just because you used a setting last season it will work out okay this season. Things change even if you don’t see it. Who knows what goes on in a barn in the middle of the winter?”

Whether it’s seed or hopper-box applied pesticides, each box should be calibrated for optimum rate. Calibration tubes are supplied free of charge, so there’s no reason to balk at using an available resource.

“When I’m calibrating a rig for a grower, I put a calibration tube on every row,” Adams says. “The grower and I decide on the rate we want to apply and factor in the speed of the tractor. Then we run it 300 feet and check each calibration tube to make sure it’s putting out exactly the amount of product that we want.”

Even new equipment fresh off the showroom floor won’t always get it right. “They’ll have recommended settings, but a grower should always test it,” Adams says. Ideally, calibration should take place in the field, but even calibrating a rig in the shed is better than guessing.

Calibration charts are available to growers and consultants for reference. Most are available online, including AgLogic aldicarb at https://www.aglogicchemical.com/calibration or CNI at http://cniag.com/aglogic/.

Article provided on behalf of AgLogic.