The Cost Of Wild Hogs 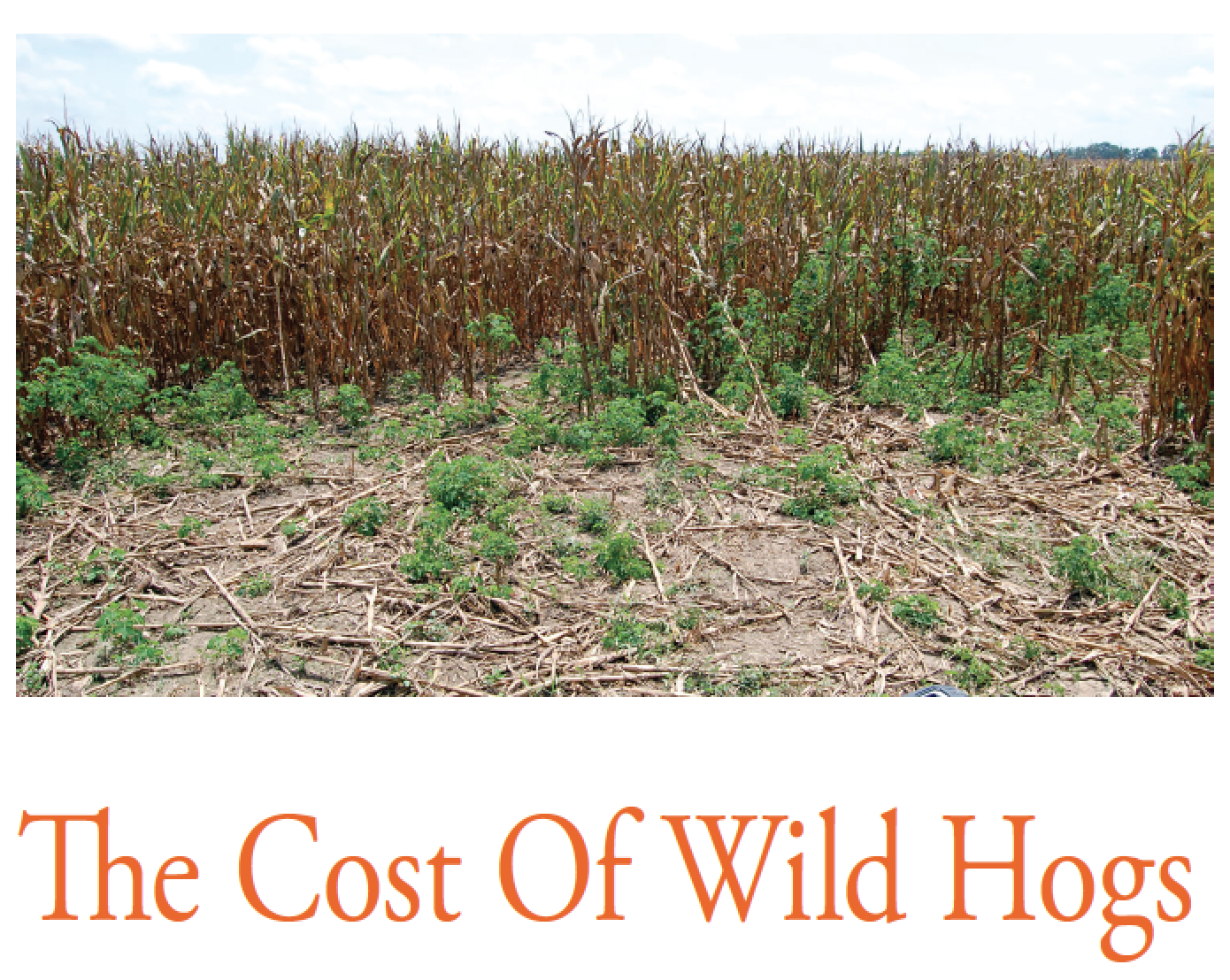 Feral hogs are a $115 million problem for the state’s agriculture, livestock and timber industries in South Carolina, according to a Clemson University study on landowners’ perceived damages from the invasive animals.

This is the first time a comprehensive dollar figure has been attached to the ecological and industry damages caused by wild hogs, which reproduce rapidly and are growing in numbers.

“They are ecological zombies. They eat everything. They eat deer fawn. They uproot endangered salamanders. They eat ground-nesting birds and their eggs. They really eat anything,” said Shari Rodriguez, assistant professor in forestry and environmental conservation.

The hogs also prey on wildlife and livestock and consume large amounts of agricultural crops and seeds, sprouts and seedlings, which disrupts reforestation. Their rooting, wallowing and nesting behaviors decrease water quality and promote soil erosion. They can also spread diseases like pseudorabies and brucellosis, which can spread to humans.

“It is shocking how many diseases they carry,” Rodriguez said. “They are vectors for a lot of diseases that can be passed on to livestock or other wild animals, too. It’s best to wear gloves when handling them.”

The report estimates $44 million in damage to crops, livestock and timber across the state. Landowners report another $71 million in non-crop losses from damage to wildlife food plots,  ponds, wetlands, equipment, vehicles, roads, fire lanes and landscaping.

Despite the steep costs of damage, there has been very little investment in hog control, such as trapping or fencing.

Ulmer once caught 22 feral hogs in one trap, but trapping has been less successful this year because the hogs have had an ample food supply. They have been eating rotten peanuts that could not be harvested following the historic flood of 2015, he said.

“They need to be eradicated, not just controlled,” said Marion Barnes, a senior agent with the Cooperative Extension Service. “I deal with the destructive nature of them day after day when I visit farms and see what they do to corn crops and peanut crops. I’ve got nothing good to say about feral hogs.”
An estimated 130,000 to 140,000 wild hogs live in South Carolina, an increase of around 30 percent over the past decade.

The S.C. Farm Bureau advocates legislation to require domestic hogs be certified and tagged when transported to market, which could close a loophole some use to relocate feral hogs, said Gary Spires, director of government relations at the S.C. Farm Bureau. He also applauded Department of Natural Resources, Clemson and the U.S. Department of Agriculture for conducting workshops throughout the state to educate landowners on effective trapping equipment and techniques.

“Those have absolutely helped. We’ve had farmers take what they learn, implement some traps and help control the spread of hogs,” he said. “The challenge is that hogs are so prolific. They replace what you trap each year.”

Feral hogs are intelligent animals that can adapt to trapping methods, Rodriguez said. “If you don’t remove the entire population in that sounder (herd), you’ve just educated the hogs that didn’t get trapped. If you fail to catch the whole sounder in a particular trap setup, you’d better switch the setup if you hope to capture the rest.”

Feral hogs reach sexual maturity at 6 months old and can reproduce three times a year with an average litter size of five, though litters range from one to 13 piglets, Rodriguez said. Beyond alligators in the lower part of the state, humans are the only native predators of adult wild hogs, she said.

“Those biological characteristics contribute to the knowledge that their population is going to grow exponentially and already is growing exponentially,” Rodriguez said.