What Has Changed With Propiconazole Use? 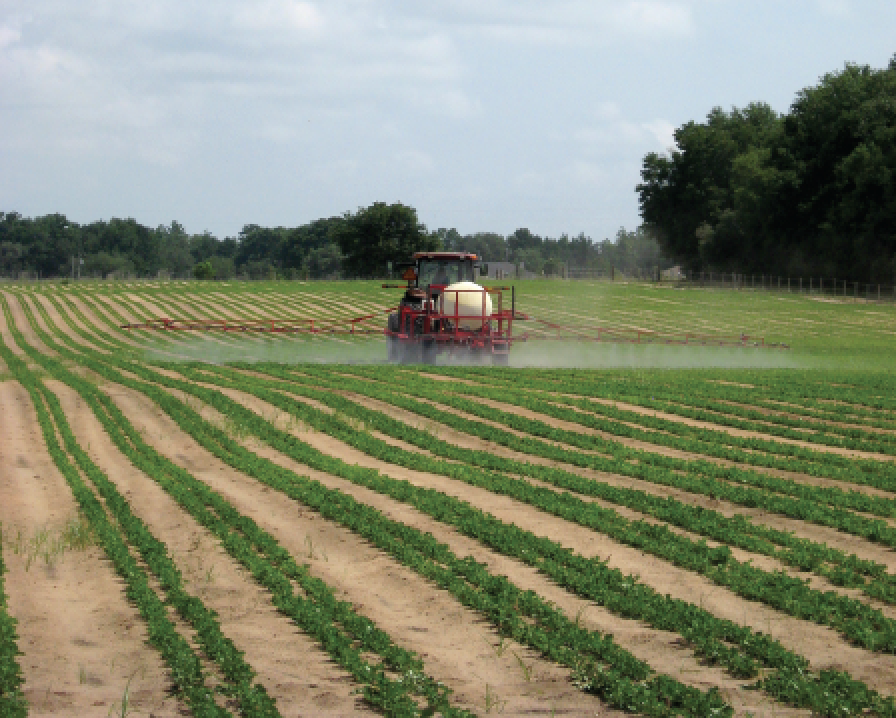 The European Food Safety Authority’s review of older products, such as propiconazole, found a lack of sufficient residue data in peanuts, other crops. Most peanut growers have received notification from their buying points not to use any fungicides containing propiconazole this year. This active ingredient is found in 87 fungicide products labeled in Mississippi, including popular products like Artisan, Bumper, Stratego, Tilt and Quilt Xcel.

Similar problems are likely to be experienced in the future. Why? In short, the European Union decided late last year that they did not recognize a Maximum Residue Level (MRL) for propiconazole in peanuts, almonds, cherries, plums, strawberries, currants, gooseberries, peppers, cucumbers, globe artichokes and tea.

What Is An MRL?

In order for a pesticide to receive a label from the Environmental Protection Agency, it must have a tolerance. A tolerance is defined as the enforceable limit on food pesticide levels. In other countries, the equivalent term for tolerance is called the Maximum Residue Level or MRL.

Obtaining an MRL is expensive. For each crop on the label, controlled field residue trials adhering to U.S. EPA mandated “Good Laboratory Practices” are necessary. These trials are very expensive because of the following reasons: All researchers must be GLP trained – an expensive and time-consuming effort; every step must follow a strict protocol and be documented very thoroughly with a lot of paper work to be filled out at the time of each activity; all equipment (scales, gauges…) must be calibrated and certified by an accredited authority; the chemical of interest must be applied in a manner that reflects local commercial practices; the crop must be harvested according to the correct protocol; the harvested crop must be frozen almost immediately and stay frozen; the crop is processed by a strictly defined method in the lab and extracts are analyzed using expensive, certified lab machines; all steps are audited.

The final step is a data petition that is submitted to the EPA. The process requires at least 24 to 36 months.

Why Is It Important?

Historically, chemical companies who own the patent for the pesticide in the country of use pay for this testing. In some cases, and depending on a wide range of factors, an MRL established in one country may or may not be acceptable in another country. Some countries may not have an MRL for a particular pesticide.

If an MRL does not exist, a country can refuse entry of a shipment of commodity into their country if testing shows any residue for the pesticide, no matter how minute the residue.

In this circumstance, there are no good options. The grower/exporter is left with a container or shipment full of the crop in a foreign land with a lot of money already invested. Sometimes they have no choice but to pay to destroy the shipment or sell it to another country at a large loss.

When a pesticide goes off patent, other companies often use it without reimbursing the originating company. When one company using such a product pays for an MRL, then all companies can use that MRL, even though they did not contribute to the considerable expense.

Many countries are re-evaluating the MRLs of older pesticides and the data on which the MRLs are based. This is a slow process that will require some years to complete. As a direct result of this finding, those crops with insufficient data cannot enter the European Union. If the pesticide is to be used in products produced or imported into those countries, someone will have to pay for new MRL data.

Who Will Pay For A New MRL ?

This is a good question that not only affects propiconazole, but will affect most of the other older pesticides. In some cases, a pesticide company might pay. To make that work, the company would have to own a good portion of the market for the pesticide in the country and that market would need to be capable of paying for the expense of the MRL in a reasonable time. In many cases, this will not occur because of  market fragmentation.

In cases where a pesticide is essential to the production of a crop, a grower group or industry might pay for the work to support their crop. In other cases, there might be sufficient demand from multiple producers and industries in the country to pressure the central government to fund the necessary MRL studies themselves.
Collaborative efforts are the most likely mechanism by which many of the pending MRL issues might be resolved. The IR-4 Project is one such collaborative effort, read above, that has potential to impact MRL data in the European Union and help return American agriculture products to that market.