Less Carry-Over Than 2018, But Still An Abundant Supply 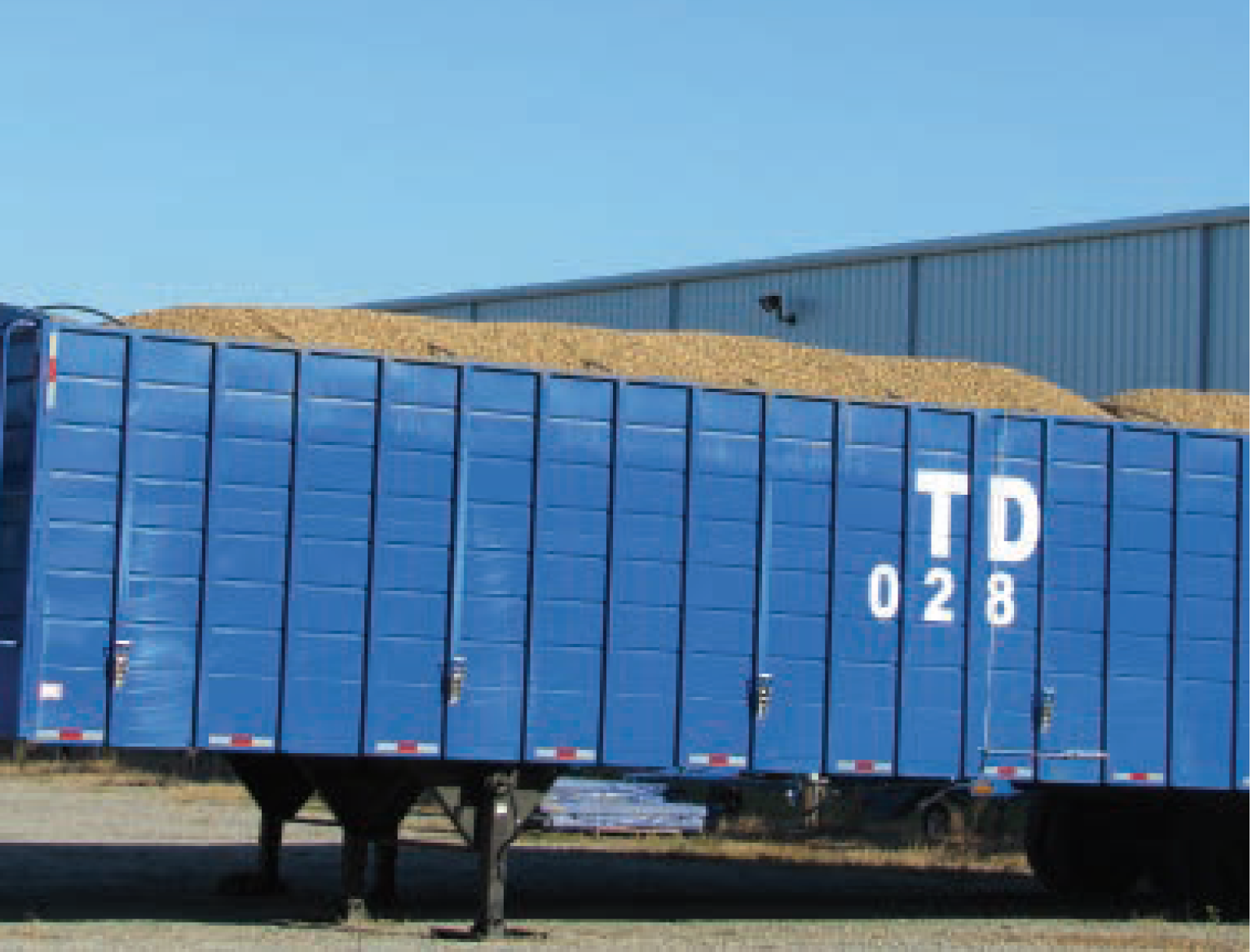 The entire peanut industry is in a holding pattern. Neither buyers, nor shellers or even farmers can make an informed decision about what to do in 2019 crop year. Buyers for both domestic and export are only buying hand-to-mouth as sufficient supplies worldwide are available at reasonable prices. If shellers offered a 2019 farmer-stock contract, it would be near $350-$385 per ton, and farmers know better.

Peanut demand at home and abroad feels slack, but with no data, no one can prove it. The government shut down, and the delay in restarting the numbers even when the government is open for business, will cause the peanut markets to be slow or shutdown until possibly planting time.

The industry will still enter 2019 with less carry-forward than last year by about 14 percent less. The 1,172,500 farmer-stock tons will keep a lid on offers. Another issue is that USDA and the Commodity Credit Corporation are holding 121,684 tons of forfeitures from 2017 crop that will be up for sale in early 2019.

Peanuts have been forfeited at times, and USDA charts indicate about 121,684 tons from the 2017 peanut crop are up for forfeiture. USDA’s Farm Service Agency (FSA) works closely with the Agricultural Marketing Service (AMS) to determine the most appropriate disposal method.

The Secretary of Agriculture must sign off on recommendations by FSA and AMS staff. Sales have been the most frequently used disposal method. Barter/exchange for peanut butter was used as the disposal method for the bulk of the 2016 crop forfeitures. The government shutdown has everything on hold at present. 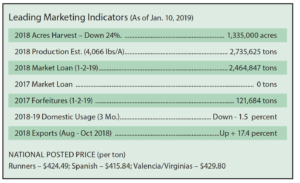 Last year on this date, USDA predicted domestic food use to increase 3.6 percent. This year, the prediction is an increase of 2.8 percent. Through October, the numbers are disappointing with usage down in all major categories: peanut candy down 11.1 percent; snack peanuts down 2.9 percent and peanut butter down 2.0 percent.

Even in-shells posted a 5.4 percent decline, and government purchases were down 28.1 percent. There are underlying factors causing peanut demand to slow and the industry needs a task force to examine this issue.

Peanut exports were predicted to increase 13 percent; however, FSA showed exports down 5.5 percent for the 12-month period of August 2017 to July 2018.

For the new marketing year, export shipments bounced back from August to October 2018, up 17.4 percent compared to the same three months of last year. The tariff battle and trade negotiations have caused uncertainty in the export business, and specifically, peanut trading.

The Price Loss Coverage program pays farmers when the effective price of peanuts is less than the reference price. Prices were low in 2017 averaging only $458 per ton for all peanuts. That is less than the $535 per ton reference price and resulted in a $77 per-ton payment on 85 percent of the peanut farm base. Those payments were made in October for 2017. For 2018 crop, the estimate is $105 per-ton payment for base holders only.

It is a miracle that during these divided times the House and Senate Agriculture Committee Chairmen Mike Conaway (R-Texas) and Pat Roberts (R-Kan.) and Ranking Members Collin Peterson (D-Minn.) and Debbie Stabenow (D-Mich.) stayed the course and managed to secure passage of the Farm Bill, which now provides some certainty and predictability for all farmers.

Thanks to all ag committee members in the House and Senate, staffers and leaders, alike, who pushed to finally reach the finish line.

The bill included all our key peanut priorities: market loan, reference price, separate payment limit and storage and handling. In addition, overall payment limit definitions have expanded. The yield update option now applies to all growers, which was difficult, but critically important for peanut producers.

A 10 percent reduction in peanut acreage next season would help to decrease the carry-forward. Factors that will affect acreage are the price of cotton and whether or not China returns to buy more cotton or peanuts. If cotton hits 80 cents per pound, farmers will plant cotton.

Another critical factor involves farm lending from banks and financial companies. After the storms, farmers prefer peanuts, but not at less than the cost of production. This is going to be one of those “hang in there” years.