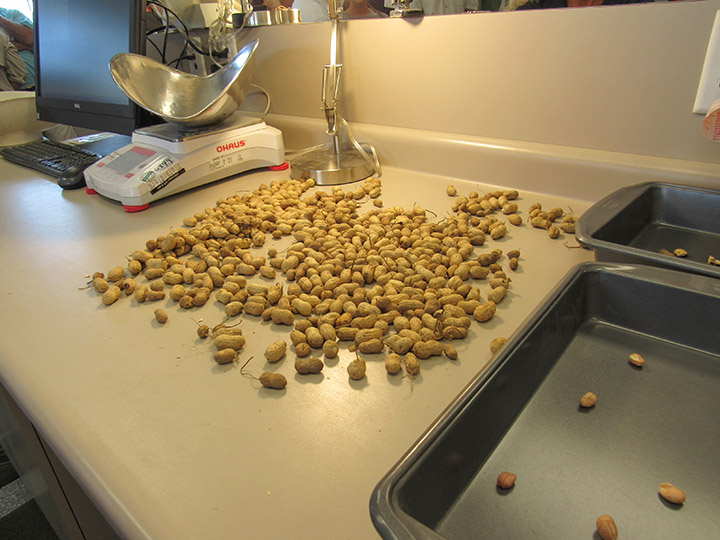 The peanut market has firmed up slightly as shelling of the 2019 crop gets underway. The price for shelled runner peanuts has increased from 46 cents per pound in the early season to 56 cents per pound this month. Some buyers waited and are now feeling the pinch of having to pay more for peanuts.

Quality seems to be the root cause. Everyone knew that aflatoxin would be prevalent in the drought-affected dryland crop. However, shellers are reporting that even irrigated peanuts are showing some levels of aflatoxin and damage. Remember, Georgia-06G garners most of the market. Is there another variety that could offer better quality under the same conditions?

Producers with peanuts in the market loan program hoped shellers would offer more in farmer-stock prices as shelled prices began to increase.

But only $400 per ton is being offered for unsold loan peanuts. It is expensive to clean peanuts with damage or aflatoxin, and the market is reflecting that.

Shellers are still trying to get a firm handle on the 2019 crop, but with shelling operations going 24/7, suspect loads are being moved to cold storage to be cleaned or blanched later.

Will the higher prices carry into 2020 crop? Cotton prices have moved up in recent weeks, so it will be interesting to see as we move toward planting.

With the market pipeline full from last year, farmers and shellers chose to forfeit some tonnage to the government. The forfeited volume totaled 90,798 tons. The U.S. Department of Agriculture’s Agricultural Marketing Service wasted little time putting the lots up for sale. 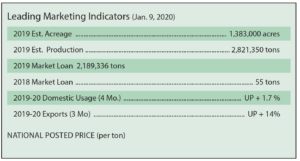 Of the 16 different listings, most sold slightly below market loan. The goal of the government is to avoid forfeitures, if possible, and offer the forfeits to the trade while keeping government costs at a minimum.

Under the peanut program, farmers may sign up for Price Loss Coverage, which is preferred by most producers, or Agriculture Risk Coverage for financial assistance triggered by low peanut prices. Payment comes one year later in October.

Peanut prices were $396 per ton in September, $408 per ton in October and $384 per ton in November. Program assistance has become a factor when financing the crop.

USDA’s Market Facilitation Program provided direct payments to farmers affected by unjustified retaliatory foreign tariffs, which caused a loss of traditional export markets. Payment rates ranged from $15 to $150 per acre and is based on total crop plantings in 2019.

The rate is also based on gross trade damages for commodities. The first 50% payment was made in August with another 25% in December. There is no mention yet of the final 25% payment as negotiations with China continue.

Farmers are learning more about participation in the Wildfire and Hurricane Indemnity Program Plus, which provides assistance for production losses from Hurricane Michael. The block grants will be administered by state departments of agriculture.

With harvested acres at 1.38 million acres, final production is estimated at 2.82 million tons. 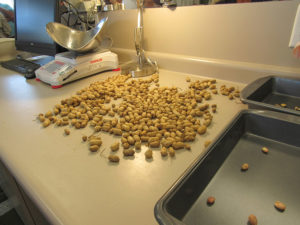 One official says that 40% of the crop will fail the 15 parts per billion aflatoxin limit. Some peanuts will have to be blanched or diverted to oil production. How much is unknown.

That is all good news, but the ending stocks remain high at 1.1 million tons.

Contracts will be problematic for the market as shellers have to depend heavily on blanchers and sorters to clean up the quality issues. Buyers are not concerned since they are 75% to 80% covered on 2021 needs. They also know there will be plenty of peanuts and carryforward.

What will the contract price be on peanuts in 2020? In the Southeast, runners are likely to be around $400 per ton, maybe $425 per ton with limited tonnage.

The real question is what will cotton do? Cotton is the peanut farmer’s favorite rotation crop. Unless cotton markets recover and the trade war with China ends, the U.S. cotton market offers little spark. Expect 2020 plantings to remain similar for peanuts and cotton.