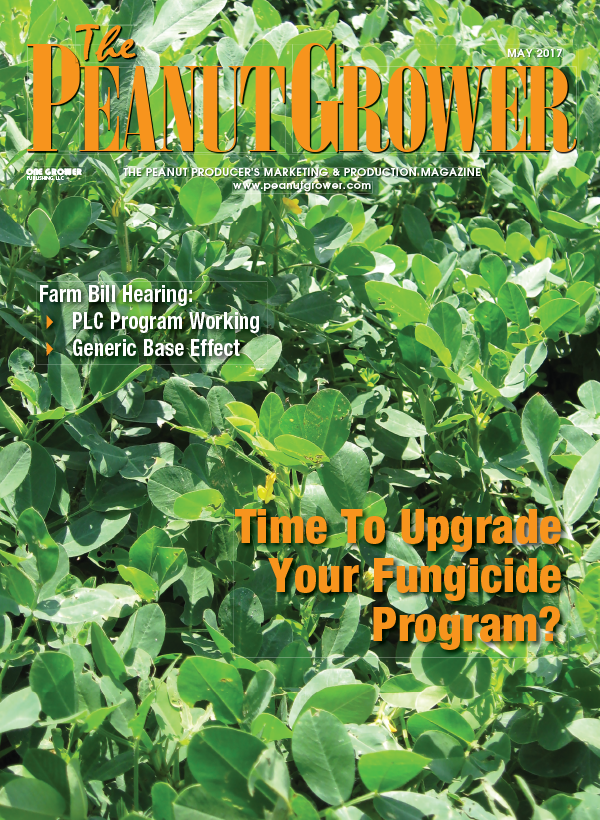 [dropcap]P[/dropcap]eanuts are a shining star in the agricultural “tool box” as growers have been offered reasonable early contracts and the world is demanding more peanuts. Producers are usually optimistic when they smell fresh-plowed dirt and can look forward to a bountiful harvest at the end of the season, even when prices are not so good. However, peanut optimism is spreading because of the disappearing surplus thanks to China’s purchasing prowess and USDA’s baffling number correcting of late. Consumers are recognizing that peanuts are nutritious and affordable, and they love the taste.

Another recent discovery is that peanuts use significantly fewer inputs, as in land and water, and have less environmental impact than many other crops. That makes peanuts sustainable for future generations. As the world’s population grows, it will be hungry for a plant-based protein like peanuts. About half of the 2016 crop was contracted early with shellers. Farmers did not want to accept the $375 per-ton offers as the markets heard “surplus.” Opting for the loan at $355 per ton has paid off for those farmers who waited. Prices are now more than $500 per ton. Loan peanuts should sell out as the nine-month limit closes in October, good news for USDA.

Officials report that the 2016 peanut crop has some quality issues. The late-season drought increased the incidence of aflatoxin in the shelled product, especially in the Southeast where the drought was more severe. Because of this, some peanuts are having to be re-milled to meet standard requirements and some are being diverted to other products such as peanut oil, bird and animal feed. When shelled market prices shot up to 60 cents per pound, some manufacturers changed promotions to slow the market’s immediate demand.
At the same time, Chinese buyers are still probing handlers for peanuts today and in the future, to make peanut oil. Two peanut crude oil mills are under construction and others expected.

Peanut prices remained low enough for the 2016 crop to merit a Price Loss Coverage (PLC) payment. The PLC payment on 85 percent of the base will come in October, and is predicted to be about $151 per-base ton. With higher 2017 contracts, PLC payments will be much lower in October 2018.

USDA estimated planted peanuts for 2017 at about what was expected in the trade; therefore, no changes in the market from the predicted 5 percent increase. An increase of about 10 percent is predicted in Georgia, Florida and Alabama, and South Carolina’s farmers may set a new record, up 23 percent to 135,000 acres. For the Southeast, with 73 percent of the planted acres, regional weather problems could impact markets. If a bumper crop is gathered, at more than two tons per acre, the harvest could become a logistics nightmare.

February was a great month for peanut usage, up 3.1 percent, pushing seven-month usage up 5.5 percent. That means peanut butter usage is now up 10.7 percent for the year. If that holds true, the industry will remain extremely happy. According to trends, peanut snacks should be on the increase, but remain down 7.5 percent.

Exports continue strong, up 12.1 percent through January. China has not been a major factor in U.S. markets since before the Chinese New Year, just taking delivery of some earlier contracts. At this time, China has plenty of inventory and cheaper origins have been available. Argentina is about to start digging and any harvest issues in Argentina would impact the price of European Union imports.

USDA reports 2017 net farm income is $62.3 billion, a 49.6 percent decline in net farm income since 2013. The PLC program has worked for peanuts, but cannot sustain an entire farming operation. Lack of rotation is showing in yields, down 13 percent. Officials must get the cotton program solved so producers can have a market loan program that could continue as a rotation partner with peanut production.

Peanut farmers have lots of positives facing them in the 2017 peanut season. Let’s make it happen.