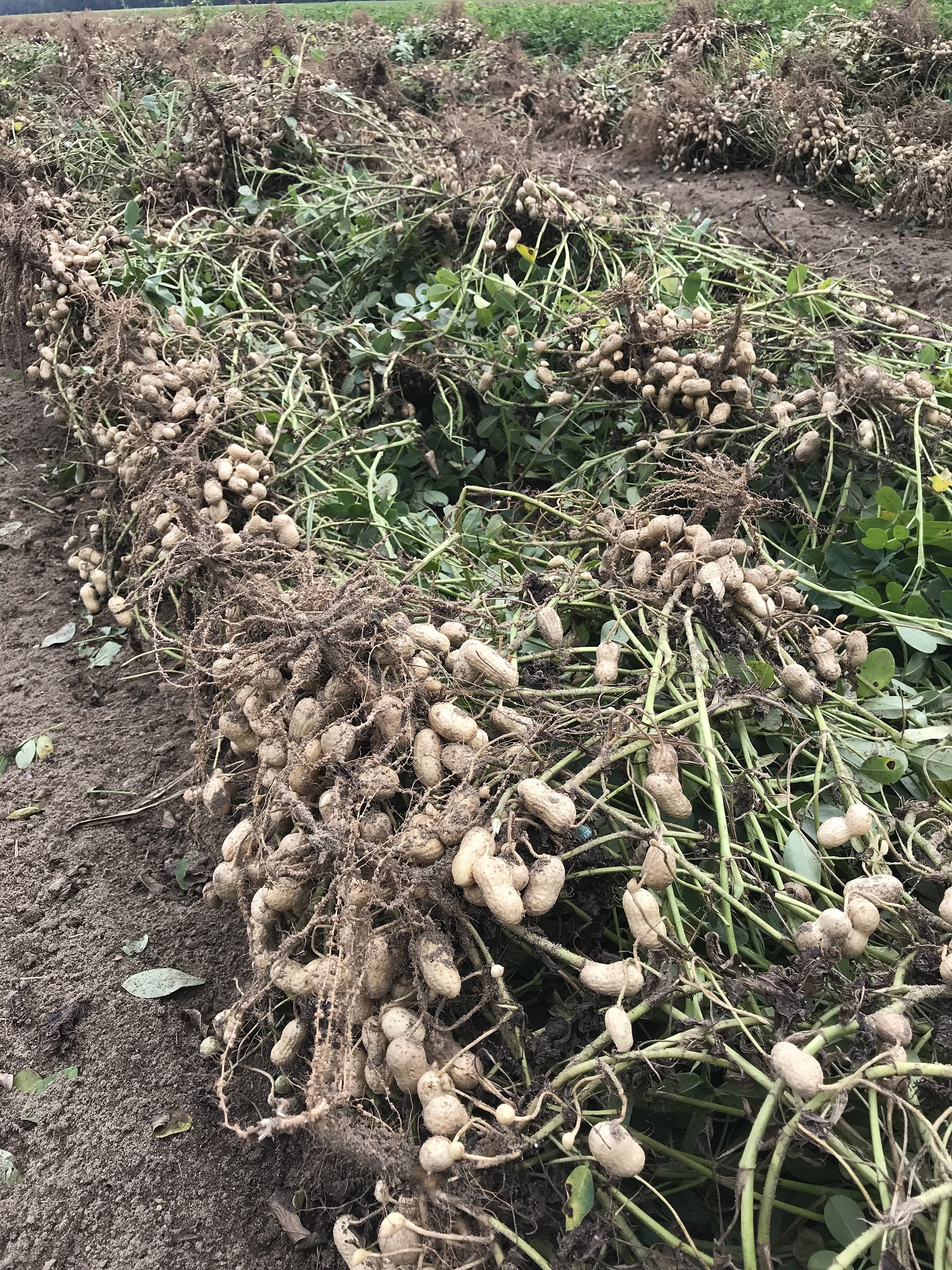 The wait and see feeling continues for the peanut industry. Peanut shellers are processing the 2019 crop. Brokers report that U.S. exports depend on the quality of Southeast-produced peanuts and how well the shellers will be able to handle it.

Prices for raw-shelled peanuts have only one way to go and that is up. Tight specifications for the market will increase.

Any tighter specifications on aflatoxin will command a premium if one can find an offer. Peanuts that can meet European Union specifications will go at an even higher premium.

China has been buying a lot of farmer stock and shelled goods. What is unknown is how much they will buy for the rest of the season.

Trying to calculate supply and demand is difficult at this point with so many uncertainties on quality and exports. Whatever percentage the shellers thought they had covered, that percentage likely decreased as deliveries on farmer-stock contracts went down. If U.S. manufacturers are really 80% covered for this coming season, then some suppliers are very tight overall.

Shellers are reporting that the last 15% of the Southeast crop is very poor quality, and aflatoxin is going to be worse than the 2016 crop, possibly rivaling that of 2010. For the most part, shellers haven’t run enough ’19 crop to have a good handle on exactly how big the problem is. However, chemical testing of farmer stock shows aflatoxin is going to be an issue that will be dealt with all year long.

Because of these issues, it has become difficult to get offers for 2020 runner peanuts. Market indications are that splits and mediums have moved into the high 40 cents. Blanched jumbos negative for aflatoxin may be in the high 50s and low 60 cents per pound depending on specifications and sheller.

No significant volumes are being offered in the trade because of tight specifications. This could last until the industry has a better handle on exactly what we are dealing with. Meanwhile, the higher shelled price is not being reflected in the farm price.

The U.S. Department of Agriculture made no changes to the December forecast of the U.S. peanut crop. The yield estimate remains at 4,080 pounds per acre. With harvested acres at 1.383 million, final production is estimated at 2,821,320 tons. As of Dec. 13, 2019, 2,697,183 tons were recorded, 95.6% of USDA National Agriculture Statistics Service estimate. Is there another 5% in the pipeline yet to be delivered?

One official says that 40% of the crop will fail the 15 parts per billion limit. Some will have to be blanched or diverted to peanut oil production. How much is unknown. The inspections report that almost 53,000 tons or 2% graded Segregation 2 or 3 and will require further processing. 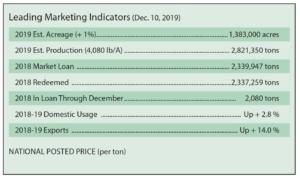 That is good news, but ending stocks remains high at 1.115 million tons.

The goal of the government is to avoid forfeitures. If forfeits are made, then offers are made to move those peanuts into the trade while keeping government costs low. A total of 84,773 tons, about 3%, have been forfeited with another 2,025 tons remaining in December for the 2018 crop.

USDA’s Ag Marketing Service quickly listed the lots for sale allowing the peanuts to return to the open market with prices slightly under loan. The quick turn around lowers peanut program costs and reflects positively on the USDA program management.

With peanut prices to farmers so low, farmers and those financing the crop depend on the Price Loss Coverage Program to pay production costs.

On peanuts, a final projected effective price published in August was $430 per ton or 21.5 cents per pound. To determine assistance, subtract the market year average from the statutory reference price. For 2018, subtract $430 per ton from $535 per ton reference price, and the projected or final 2018 PLC payment rate is $105 per ton. This payment applies to 85% of the peanut farm base.

Average prices continue low for 2019 as August through October prices averaged only $412 per ton, reflecting a $123 per-ton PLC payment on 85% of the peanut base. 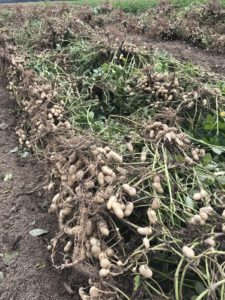 For 2017 peanuts, the program paid farmers $306 million for price loss coverage, all caused by low prices. Farmers selecting agriculture risk coverage received $96,180. There are more than 1 million general base acres in the United States, and payments will be applied to 85% of these farm base acres.

The second 25% of the Market Facilitation Program has been paid to farmers. The MFP provided direct payments to farmers affected by unjustified, retaliatory foreign tariffs, which caused a loss of traditional export markets. Payment rates are based on gross trade damages for commodities.

Rates range from $15 per acre to $150 per acre. Assistance is based on total crop plantings in 2019. The first payment of 50% was made in August with the second paid in November. Another 25% payment will be made in January if market conditions dictate.

Peanut usage continued with good numbers through the fall. Total edibles were up 2.8% after a strong showing by peanut butter, up 5.6% in usage. Snack peanuts were also up 2.9%. Government purchases continue to be helpful in utilizing extra peanuts either in trade mitigation or regular domestic food program purchases, now up 60.3% in the first three months.

Overall, it is good news for market expansion and growth.

Exports are also up 14% for the first three months. China is back in the market along with Vietnam. The quality issue continues in the EU, but a special committee is working on establishing an EU laboratory for testing in the United States to make certain that peanuts are properly tested for aflatoxin.

Many farmers are selling 2019 crop for $400 per ton, requiring cash for inputs and loans.

Peanut contracts for 2020 in the Southeast are likely to remain around the $400-$425 per ton, mainly because of the lack of competition from alternate crops. With cotton and corn prices at rock bottom, farmers have little choice unless the cotton market recovers.

Only the end of trade war with China and their reentering the U.S. cotton market would afford farmers a chance. Expect plantings for 2020 crop to remain similar or even slightly increase.