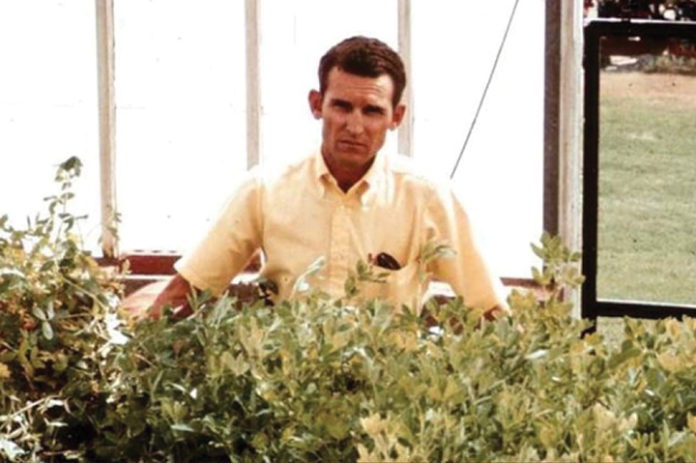 The U.S. Department of Agriculture recently announced the release of billions of dollars in aid to both crop and livestock producers through the Coronavirus Food Assistance Program. It will also open an additional $6 billion in aid to an array of producers and industries, including renewable fuels.

The release of CFAP aid comes after the Biden administration had put USDA programs on hold following a 60-day review.

Enrollment for CFAP-2 reopened in April 5, and applications will be accepted for 60 days. USDA has set aside at least $2.5 million to connect with grassroots organizations and expand outreach to enroll more minority and women farmers into the coronavirus aid programs as well.

The U.S. Supreme Court recently ruled unanimously in Georgia’s favor in the ongoing water war with Florida. The Supreme Court held that Florida failed to carry its burden to prove that Georgia’s water consumption from the Apalachicola-Chattahoochee-Flint River Basin caused the collapse of Florida’s oyster fisheries or caused harm to its river ecosystem.

The data and modeling of Florida’s own experts showed that Georgia’s consumption had little to no impact on the Apalachicola Bay’s oyster population. The court also found a complete lack of evidence that any river species suffered serious injury from Georgia’s water consumption.

“The Supreme Court’s unanimous decision is a resounding victory for Georgia and a vindication of years-long effort by multiple governors and attorneys general here in the Peach State to protect our citizens’ water rights,” says Georgia Gov. Brian Kemp. “Our state will continue to wisely manage water resources and prioritize conservation, while also protecting Georgia’s economy and access to water.”

Charles Simpson through the formation of the Dr. Charles Simpson Endowed Peanut Program. This endowment will ensure the peanut program is able to continue to impact the Texas and southwest peanut industry for years to come.

The goal of the Dr. Charles Simpson Endowed Peanut Program is to grow the endowment to successfully support the fellowships, teaching, research, industry service and professional development activities needed to sustain and improve the peanut program and consequently, the peanut industry in Texas. This endowment will honor the work done by Simpson, preserve the history and legacy of the wild peanut collection, and ensure the peanut program remains first in class.

Texas A&M AgriLife houses one of the most complete wild peanut germplasm collections in the world with more than 1,500 accessions and 69 of the 81 described species. The program has a rich history, dating back more than 75 years. To date, the program has released more than 20 improved variety and germplasm lines specifically suited for growers in Texas and the southwest. These lines have positively impacted the peanut industry, strongly benefiting the producers and allied partners. 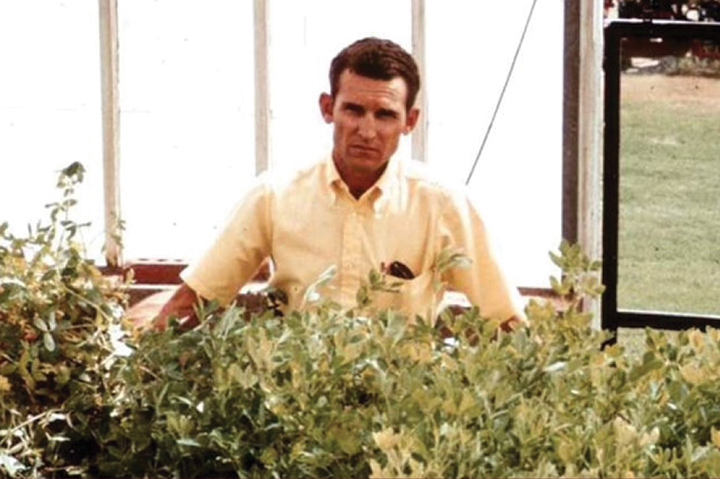 Simpson’s work has dramatically influenced the peanut industry around the world. His discoveries have built a breeding program that develops cultivars with improved quality, drought tolerance and multiple disease resistances using genomic and phenomic tools. This has positively impacted the shelf-life of peanut products, the health benefits of consuming peanuts and the economic impact of growing peanuts for producers. Most notability for producers, Texas A&M AgriLife was the first breeding program in the world to identify, develop and release a variety with near immunity to the root-knot nematode.

Peanut growers intend to plant 1.63 million acres in 2021, down 2% from 2020 but 13% above 2019. The USDA’s National Agriculture Statistics Service’s Planting Intentions report in March is a key marketing factor for planting decisions. A survey of peanut specialists put the estimated acreage at 1.61 million, a 3% decrease in 2021.

Archer Daniels Midland Co. will pay $45 million to settle a lawsuit from peanut farmers claiming the firm colluded with other processors to depress prices paid to peanut growers.

The company denied any wrongdoing on behalf of its Golden Peanut processing division.

“ADM continues to deny any liability in the case brought against Golden Peanut, but we have agreed to settle the lawsuit rather than expend further time, money and resources on the case,” says ADM spokesperson Jackie Anderson. “ADM has been building strong relationships with farmers since the company’s inception in 1902, and we continue to make farmers the center of our business.”

The lawsuit said Golden Peanut had coordinated with several other processors to report erroneous supply and pricing information and, thereby, suppress the fees paid to farmers for their peanut crops over the past six years. Business press sources report that Birdsong and another processor, Olam International, reached separate agreements with farmers in 2020 and together paid a combined $58 million settlement. No company admitted any wrongdoing.

The Georgia Peanut Commission board of directors has approved $886,235 in research project funding for 2021-22. Research funding for the past year was $739,693. Projects approved include 42 proposals submitted from the University of Georgia, Abraham Baldwin Agricultural College, Fort Valley State University and the USDA Agricultural Research Service.

The GPC manages funding for the Southeastern Peanut Research Initiative, which includes research funding of $1.8 million for projects in Alabama, Florida and Georgia. These projects are funded through the National Peanut Board checkoff.

“As a peanut grower, I’m proud to invest in the Georgia Peanut Commission and in the future of the peanut industry by supporting research that continues to demonstrate a return on our investment,” says Donald Chase, GPC Research Committee chairman. “We are proud of our partnership with research institutions and look forward to seeing the results, which will benefit farmers in the state and the entire peanut industry.”

Karl Zimmer of Premium Peanuts LLC and chairman of the aflatoxin taskforce reports that progress has been made within the past year advancing new research to mitigate aflatoxin and ultimately eliminate it. New research, new funding and better coordination among researchers are significant accomplishments.

“The peanut genome project has given us a whole new set of tools to use,” Zimmer says. “In a year where aflatoxin is prevalent, as it was in 2019, it costs over $100 million or more than $30 per ton. In addition, the continued challenge of A. Flavus is impacting the ability of the U. S. peanut industry to successfully compete internationally, driving the three-year trend of lower prices received for every pound of peanuts exported.

“As we progress throughout 2021, one of the goals of the aflatoxin taskforce will be to continue, and even accelerate, these efforts. We are also working with USDA, the U.S. Food and Drug Administration and stakeholders throughout the industry to break down many of the non-tariff trade barriers that exist internationally, particularly in Europe.”

APRES Meeting To Be Virtual Again

After much discussion with all parties involved, the American Peanut Research and Education Society board of directors decided the 53rd APRES Annual Meeting would be virtual. The program committee is finalizing an expanded virtual format schedule for the meeting.

While the format is virtual, presentations will be live, including breakout sessions, general sessions, technical symposium, and the newly approved PhD and Masters divisions of the Joe Sugg Oral Presentation Graduate Student Competition. Posters will be prerecorded, and International presentations may be recorded if a time zone conflict exists.

Georgia’s 4,500 peanut farmers have donated 10,080 jars of peanut butter to Second Harvest of South Georgia. The donation is made possible by the Georgia Peanut Commission through Peanut Proud, the peanut industry’s humanitarian relief organization.

Georgia-based SouthernAG Carriers, donated truck carrier service to deliver the peanut butter to locations in Tifton and Thomasville. The peanut butter is manufactured with Georgia-grown peanuts by Tara Foods in Albany, Georgia.

“As a farmer, we are proud to continue our partnership with Second Harvest of South Georgia by donating peanut butter that can make more than 141,000 sandwiches,” says Armond Morris, GPC chairman. “Peanut butter is one of the most requested items at food banks due to its shelf life. Peanuts are a nutritional superfood, contain more protein than any other nut and are a good source of vitamin E and folate.”

The delivery was part of National Peanut Month and Georgia Ag Week.

In addition to the conference sessions, the event provides fun for the whole family with spouse and kid programs and a golf tournament. Additional information about the conference and sponsorship opportunities is available by contacting one of the coordinating partners.

Military Donation In The V-C

Peanut farmers in Virginia, North Carolina and South Carolina are shipping 250 one-ounce packs of peanuts a month to 12 United Service Organization Inc. centers in the three states. The peanuts are distributed to military personnel who are traveling through the various airports.

The USO has been the nation’s leading organization to serve the men and women in the U.S. military and their families throughout their time in uniform. From the moment they join, to their assignment, deployment, and transition back to their communities, the USO is always a resource.

Marianne Catalano, Virginia Carolina Peanut Promotions executive director, says, “The military holds a large presence in our region and we’re glad we can donate such a powerful protein packed snack for everyone to enjoy.”