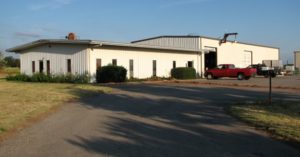 Examples of seeds produced and processed at Texas A&M AgriLife Foundation Seed are those used for forage grasses and crops such as wheat, peanuts and sorghum. The organization also works with flowering plants produced via cuttings for the home gardener.

Plans in the works for 2020 include a new peanut sheller and cooperating with the U.S. Department of Agriculture’s National Resources Conservation Service to increase the availability of Texas native grass varieties.

Texas A&M AgriLife Foundation Seed, in partnership with Intellectual Property & Commercialization, brings newly developed seeds and plants to the marketplace for farmers and gardeners through license agreements. Fees and royalties collected from the licensees are reinvested throughout AgriLife Research, resulting in increased financial support for AgriLife breeders.