A Fun Look Back 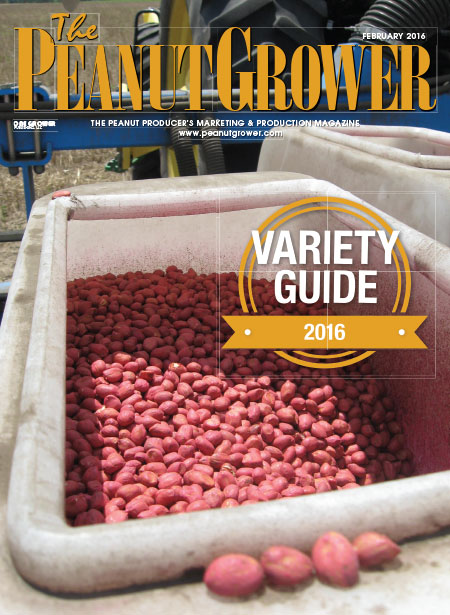 [dropcap]O[/dropcap]n one wall of my office, shelves run the length of the wall. On one shelf are boxes holding past issues of The Peanut Grower with one box holding about two-year’s worth. As I was keying in the yield data for the 2016 variety guide, with most numbers starting with 5s and 6s, and even some 7s, I thought of the variety guides back when I was just starting with The Peanut Grower. So I pulled a few off the shelf.

In 2000, producers could expect about 3,000 pounds per acre, and maybe up to 3,700 pounds per acre, from the varieties AgraTech 201, AgraTech 1-1 and ViruGard. Disease resistance in the variety was scant compared to today’s varieties, but would be critical when tomato spotted wilt virus came roaring onto the scene.

By 2005, Georgia Green was yielding more than 4,000 pounds per acre and most varieties, Georgia 01R, Georgia 03L and C-99R were in the range of 4,000 pounds per acre with some resistance to multiple diseases. By the end of that decade, yields were around 5,000 pounds per acre, consistently. A full ton more of peanuts had been added in one decade.
Here we are just over half way into the next decade and yields are now above the 6,000 pound per acre level for three- and four-year trial averages. Can another ton be added to the average yield this decade? It looks to be headed in that direction.

However, warehouse space is not keeping pace with what can be done in the field. Market usage, which has greatly increased in the last 15 years, is also not increasing fast enough to keep supply in check. When and where will this bubble burst? Good question, but it can’t be far. Warnings about knowing where peanuts will be stored and not abandoning rotation schemes are the headlines at most production meetings.

Truthfully, it was more fun to look back at what’s been accomplished than it is to look ahead at the next couple years.