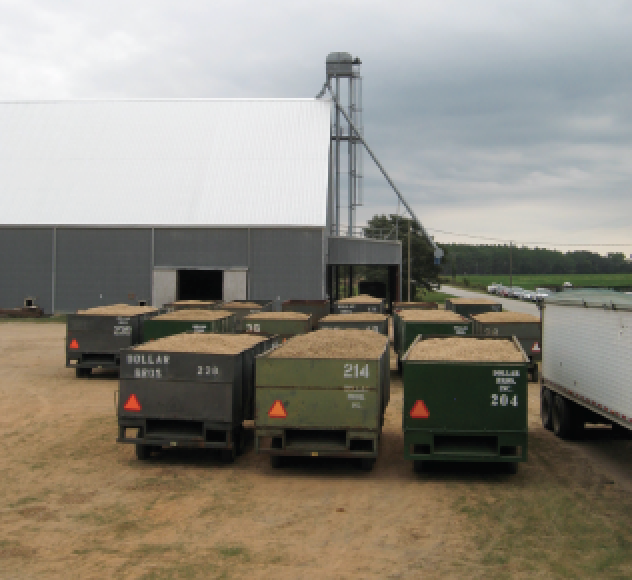 Warehouses already brimming with peanuts and the consequences of shortened rotation schemes are two important points going into 2016.

As planning for the 2016 crop begins, producers are already being cautioned to not plant a single seed until they have secured a place to store the harvested peanuts.

The 2015 crop was the second largest on record, with the largest crop being the 2012 crop, which was only three years ago. Neither crop in between the two record-making crops were short and both produced carryover for the next year. Although usage stays steady and grows at times, it is not enough to use up what’s on hand. Export markets were down in 2015, and the elimination of the cotton program and creation of generic base in the 2014 Farm Bill, coupled with low prices for all commodities that use the same rows as peanuts, meant that more acres of peanuts would be planted.

No Room For More

Nathan Smith, formerly the University of Georgia Extension economist who made the move to Clemson University in the Fall, says that planted peanut acreage was up 20 percent nationally and Southeast farmers planted more peanuts instead of corn and cotton because of low prices and higher expected peanut payments from the newly enacted Farm Bill. Recounting the 2012 crop, Smith says, peanut production spiked to 3.38 million tons as inventory shortages pushed prices to $700 to $800 per acre.

“The 2015 crop is expected to dip to 3 million tons, but warehouses are crowded now and peanut prices are down to around $400 a ton or less, depending on the variety,” Smith says.

“My concern is that at harvest time in 2016, you may not have as much warehouse space available as you did in 2015.”

On the situation in his new state of residence, Smith says that South Carolina may be the exception to very little warehouse space given the 2015 disaster.

George Lovatt, peanut broker and president of Lovatt and Rushing, said at a recent meeting that with the price of corn and cotton continuing to disappoint, it was likely that growers would plant nearly as many peanut acres in 2016 as in 2015.

“State average yields of more than 4,000 pounds per acre have become the norm, regardless of the number of acres. The prevalent mindset of  ‘what else am I going to grow?’ due to low commodity prices is about to get us into trouble in a big way. Besides storage issues and supply concerns, growers will pay in the long run for less-than-recommended rotational practices,” he says.