Buying Into The Message 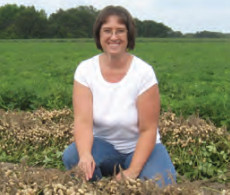 It had everyone talking. Was Mr. Peanut really dead? Would Planters kill off one of the longest running, most recognizable, top hat- and monocle-wearing brand icon?

When the commercial teaser was released, my phone started buzzing. Friends and co-workers wanted to know if he was dead. Peanut industry friends and contacts were talking about it. At production meetings prior to the Super Bowl, it was a topic of discussion even among Extension specialists. If the goal was to get people talking, it worked.

As it turned out, Mr. Peanut was dead. After being “planted” and with a tear from Mr. Kool-Aid “watering” him, a peanut plant grows, and Baby Nut – a small, cute version of the character – is born, so to speak. Planters had engineered the perfect viral moment for the 2020 Super Bowl.

But will it sell more peanuts?

I couldn’t help but recall the first commercial in my memory that went viral, even before we knew what that meant: the California Raisins. The Claymation raisin characters singing Marvin Gaye’s “I Heard It Through The Grapevine” were wildly popular in the mid-1980s. The concept was created for a 1986 Sun-Maid commercial on behalf of the California Raisin Advisory Board.

The campaign included several commercials, music albums and merchandise. What the campaign failed to do was get people to buy more raisins. Growers spent almost twice on production costs what they earned in raisin sales for the campaign. Experts say memorable campaigns are good, but to be effective, they must prompt consumers to buy.

How will Planters continue the campaign remains to be seen, but we can hope that the message to buy more peanuts is loud and clear.