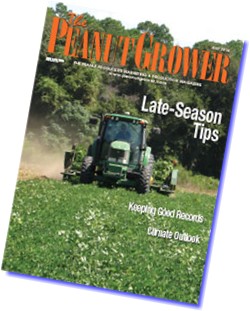 Repurposing on the farm? I learned from the master An email came to my inbox recently from the company, Repurposed Materials. Their offer to me was an article idea focusing on “sustainability,” a current buzzword in agriculture. Their contribution to sustainability, as their name implies, is to take used goods and to find new uses for those goods on the farm. The article focused on their Top 5 repurposed uses on the farm.

It’s great that this company is working to find new uses on the farm for old items, but is this really something new? Let me tell you, Charlie B. McKoy, my Papa, was the King of Repurposing, if there was such a thing.

To Papa, everything could become useful again, and, therefore, he kept it. It was laid aside, or behind the barn, or next to the corn crib or out in the field under some trees, etc., until such time that it was needed. He didn’t jump in his truck and go buy something brand new. It wasn’t necessary, and that’s only if what he needed could be bought, which a lot of times it couldn’t.

The solution to his problem was out there in his treasure trove of used equipment and goods, even if he, and only he, had the creative genius to see it. At times the item could be used “as is.” At other times, it needed to be welded together with other items to complete the project and become useful on the farm.

Often times, frugality in our older generations can be attributed to having lived through the Great Depression, but I think most farmers, and even many today, are just not extravagant people. My Papa enjoyed working out puzzles, like the word jumbles and “Wheel Of Fortune,” so I think he just liked the challenge of “repurposing.”

To prove my point, and without further ado, here is a list.

Charlie B. McKoy’s Top 5 Repurposed Uses On The Farm:

1. Box springs field drag – Simply burn the cloth off of the box springs, wait until they cool, pull them out of the fire, chain them to the tractor and off you go, dragging the field.

2. Bath tub cow troughs – Nearly every old time cow person has one or more of these still out in the field serving their purpose. I could take you to one right now.

3. Metal gates – Every gate on the farm was made of a combination of used metal from bed and/or window frames.

4. Corner posts and cattle gaps – Corner posts were made from railroad ties, and at least one cattle gap was made from the actual train rail. Most likely these items came from the Fernandina-to-Cedar Key rail line that went through this area very close to the farm.

5. Church Building/Barn – In the ultimate of sustainability, the Bronson First Baptist Church building was moved from town out to the farm where it became Papa’s barn.

Although Papa has been gone for many years, his visions and repurposed creations are still here being used every day. No sir, repurposing is not new.
Farm Owner/Former Editor Scott Emerson Joins One Grower Publishing As Sales Manager
Scott Emerson, former agricultural editor in Florida with a wide range of experience in numerous crop industries and owner of a family farm, has joined One Grower Publishing as sales manager.

Emerson, who previously served as editor and associate publisher of Citrus and Vegetable magazine, has also served as state public information coordinator for USDA, and as a University of Florida (UF) faculty member where he coordinated efforts for the grant-funded Agriculture and Natural Resource Awareness Initiative. In this position, he worked with UF’s Institute of Food and Agricultural Sciences, media, growers, commodity associations, Extension agents and other industry organizations to develop and launch a multi-faceted program to bring awareness to Florida’s 16 million residents about the importance of the state’s agriculture and natural resource industries.

“It isn’t often that a company has the opportunity to land such an experienced person for its sales staff,” says One Grower Publisher Lia Guthrie. “In a way, this is like a family reunion of sorts. All of us at One Grower have been friends with Scott for many years, dating back to the days when he was editor of Citrus and Vegetable magazine. We are really excited about his decision to join us.”

Emerson, a fourth-generation Florida farmer, is a graduate of the University of Florida and the prestigious Wedgworth Leadership Institute. He grew up and still resides on his family’s farm in Alachua and has been involved in agriculture throughout his career.

One Grower Publishing is based in Memphis, Tenn., and publishes Cotton Farming, Rice Farming and Peanut Grower magazines, as well as two supplements – Soybean South and Corn South.

Emerson began his duties on June 1.