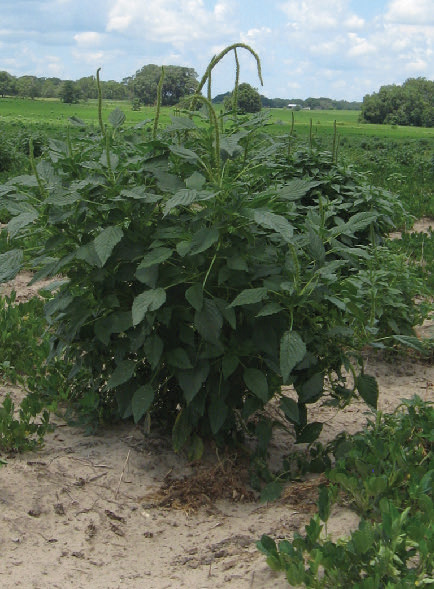 A real roller coaster of a year is how Scott Monfort, University of Georgia Extension agronomist, describes 2014. Hoping the coaster-ride is over and 2015 will be smooth sailing, some of the highs and lows from last year will affect production efforts this year. Shortened rotations, variety options, a reminder to keep up the fight against pigweed and be mindful of calcium applications are some of the hotter topics in producer production meetings. One of Monfort’s primary concerns for 2015 is that producers’ rotation schemes will be shortened because of the market situation.

“Rotations will be strained. Try to manage your rotation knowing the longer, the better,” Monfort says. “If you shorten it, be sure you know your increased risk by using the Peanut Rx Disease Risk Index.”

Scott Tubbs, UGA Extension agronomist, has conducted studies on the impact of rotation on peanut production. He found no significant difference in yield between three and four-year rotations, but yield was lowered an average of 300 to 600 pounds per acre when the rotation was shortened to two years. Fields with continuous peanut dropped nearly 2,000 pounds per acre.

He also found that shortened rotations could cause longterm pest problems and a loss of efficacy of resistance management tools.

“The yield difference was greater than 2,000 pounds per acre in 14 out of 19 rotations that had three-or four-year rotations between peanut plantings. There were few differences observed whether corn or cotton or some combination of the two was used in the rotation, although peanut immediately preceded by cotton was inferior to the corn-corn-peanut three-year rotation in 2014.

Peanut also did not produce as well following a weedy fallow in comparison to several of the row crop rotations in 2013,” Tubbs says.

Despite quality issues in 2014, partly because of an increased incidence of pops and incompletely filled out pods, Monfort says the seed supply looks good. Additionally, some newer varieties have returned to a smaller-size seed, which means producers will not need to plant as many pounds per acre.

“Variety Georgia-12Y has superior white mold resistance and a smaller seed,” he says. “Georgia- 12Y can be five to 10 days later in maturity.”

According to Bill Branch, UGA peanut breeder, Georgia-12Y is a high-yielding, TSWV and white mold-resistant, medium seeded, runner-type variety. Released by the Georgia Agricultural Experiment Stations in 2012, it was developed at the University of Georgia, Coastal Plain Experiment Station, Tifton Campus.

“Georgia-12Y is most similar to Georgia-10T in later maturity,” Branch says. “Both should be excellent varieties for an early planting date option in the southeast U.S. peanut production area.”

Many of the University of Florida-developed seed mature five to 14 days later and can be used to help spread out harvest. Monfort says.

He also reminds producers to know the soil temperature be fore planting and to know what’s ahead weather-wise.

UGA Extension weed specialist, Stanley Culpepper, is urging peanut and cotton producers to not let up on the fight against glyphosate-resistant Palmer amaranth , better known as pigweed.

Culpepper says he fears low crop prices and high treatment costs will cause farmers to be lax this year and, “We will go back to where we were.”

During the past decade, Culpepper says, Georgia growers have spent more than $1 billion fighting the weed. Costs range from $75 to $100 per acre for adequate control.

“Improved management practices, coupled with research findings, have provided better management of the weed than any other time since it was discovered 11 years ago in Macon County,” he says.

Culpepper credits producers with doing a good job in reducing the weed-seed bank. “Always remember, a mature female plant can produce one-half million seed and can reach heights of seven to 10 feet.”

Skipping a year or two, he says, would be just like starting over with the amount of seed that could be produced.

Even with the newer varieties, 1,000 pounds of gypsum per acre is the recommendation, according to Glen Harris, UGA Extension agronomist and soil fertility specialist. Timing recommendations also have not changed.

With a keen focus on being timely with applications and in managing inputs, hopefully 2015 will be a smooth and successful year production-wise.