Arkansas On The Increase 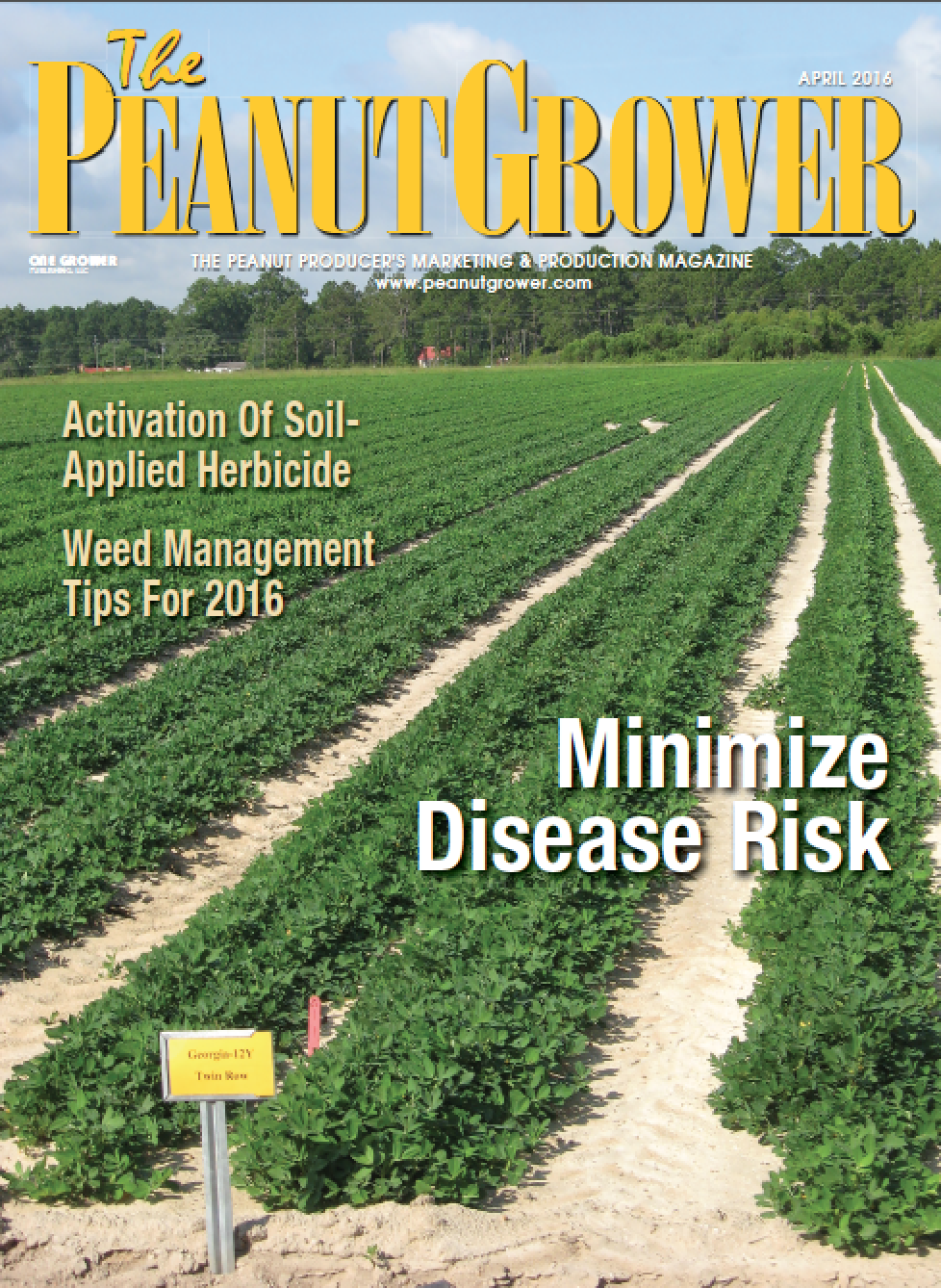 As producers plant more peanut acreage, they are encouraged to start with sustainability in mind.

By Ryan McGeeney, U of A System Division of Agriculture

Peanut production in the Arkansas Delta is expected to continue moderate growth over 2015 numbers, say experts and growers. After being recognized as a major peanut-producing state by the National Peanut Board in 2014, production jumped about 60 percent in a year’s time, with growers planting more than 16,000 acres in 2015. Travis Faske, Extension plant pathologist with the Division of Agriculture, says he now expects an approximately 20 percent growth in acreage over 2015 numbers.

“I expect profitability to stay about the same, given the limited number of buyers in the area and the number of peanuts in storage,” says Faske, who has been serving as the Division of Agriculture’s de facto peanut agronomist. “If growers liked how they did last year, they’ll like what they see this year, too.”

The past three years have seen a growing number of cotton producers in the Delta, already with the requisite sandy loam soil, turn to peanuts.

David Wildy, a Mississippi County producer who has primarily farmed cotton for 38 years, planted peanuts for the first time in 2015, breaking ground with 760 acres. He also planted about 1,200 acres of cotton — the least amount of land he had ever given to the crop.

“With the new Farm Bill, cotton acreage was basically generic acreage, as far as support went,” Wildy says. “So that gave us a little freedom to maneuver. Peanuts faired a little better under the new bill and looked more profitable, so we decided to give it a look. We’re on sandy loam soils in our area, and peanut production was going to fit very well.”

Wildy says peanuts were a natural fit for rotation with cotton. This year, he plans to double peanut acreage and quadruple cotton acreage.

As peanut acreage gradually rises in Arkansas, Faske says he hopes to help sustain the growth by getting producers to focus on disease and pest management, rather than ignoring threats until they become a substantial obstacle to profitable production.

“What I tell growers is that we need to think about how we’re going to sustain production for the next 10 to 20 years,” Faske says. “What do we need to be doing now to reduce disease pressure over a longer period of time, avoiding a spike after four or five years?

“Plenty of growers in other states wish they would’ve had the disease management tools we have at our disposal,” Faske says. “Disease pressure is going to pick up, but if we can just slow it down for a longer period of time, we’ll be in better shape.” Faske says that many new growers are going through similar “growing pains” as they strive to master a new crop well into established careers, departing from well-worn commodities. In addition to requiring specialized harvest equipment — Wildy calculated a capital outlay of about $280,000 for digging and fluffing equipment — growers must also budget significantly more time for a peanut harvest than they would for soybeans or other row crops.

“On the farm, everything’s pretty fast-paced,” Wildy says. “But with peanuts, you’ve got to slow down. Everything’s a slower pace. You’re going to plant slower, and the harvest is a much slower process.”

Faske says growers should expect to harvest no more than about 30 acres of peanuts per day — about the same amount of time in which growers might harvest 100 acres of beans.

“You might be able to plant fast, but peanuts will slow your overall harvest down,” Faske says. “If you want to be out of the field by mid-October, you need to aim for having mature peanuts well in advance of Oct. 1, depending on how many acres you’re talking about. If you’re still out there in November, you could run into problems with peanuts rotting in the field.”

To learn more about peanut production in Arkansas, contact your Extension agent, or visit www.uaex.edu.