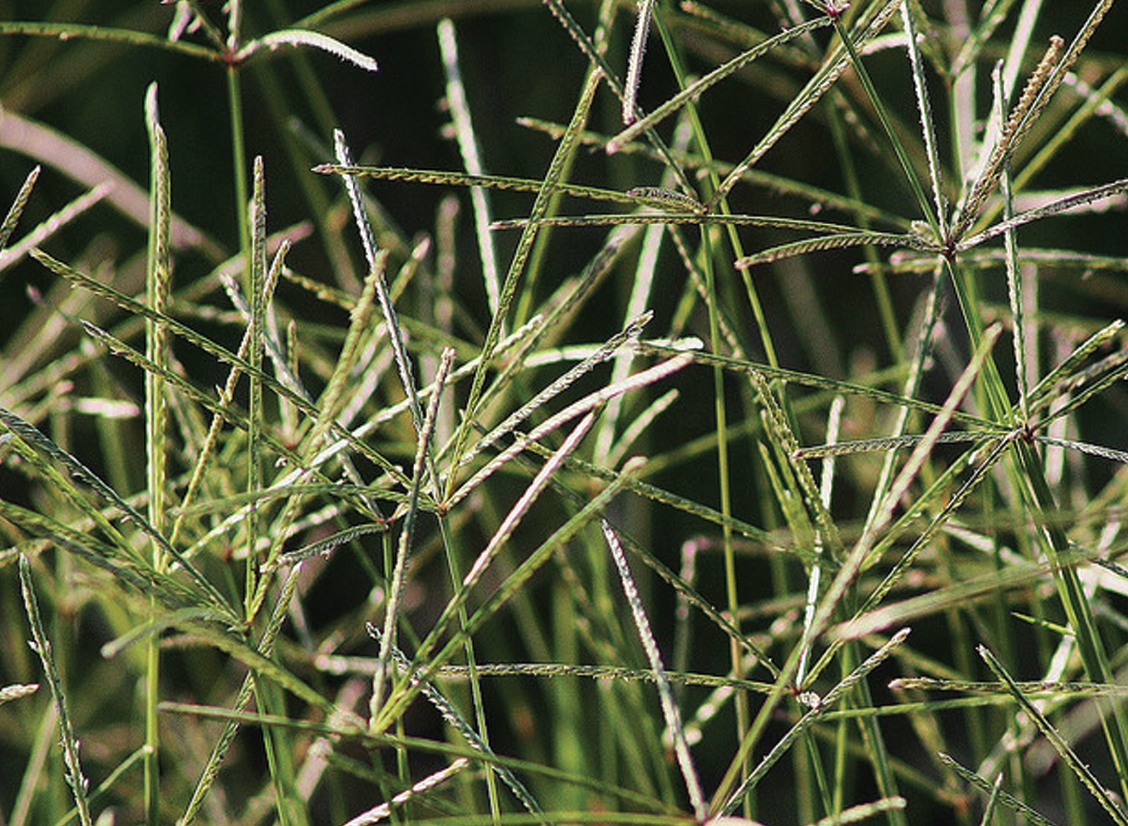 Two herbicide options, Fusilade and Select, are compared for the management of this difficult weed. Common bermudagrass (Cynodon dactylon)is a mat-forming perennial weed that can be found just about anywhere in the Southeastern United States – from roadsides to production fields. This weed is very well adapted to the South and persists in areas with a variety of soil textures, soil pH and fertility levels. Although common bermudagrass can be beneficial in many environments, this inter-twining, mat-like weed can make peanut harvest difficult, if not impossible. This makes control of common bermudagrass a priority for any peanut producer.

In-Season Options
Being a perennial, this plant stores a tremendous amount of energy in the stolons, which are the above-ground stems, and rhizomes, or the below-ground stems, making it capable of regrowth after most herbicide applications. Previous research has shown that a single application of most herbicides, even high rates of glyphosate, will not sufficiently control this weed.

Herbicide Comparison
Experiments were conducted in a neglected pasture with a solid stand of common bermudagrass. No peanuts were planted and no tillage was performed. This was done to maximize weed competitiveness, and the results could be considered a “worst case scenario.” Repeat Application A Must
For the first four weeks after application, the Fusilade and Select applications looked very similar. Neither herbicide provided 100 percent brown-out of the common bermudagrass, but both provided over 90 percent control. However, by week five, control from the single application of either product began to rapidly decline and control was zero percent by 10 weeks.

However, based on experience, waiting too late on the follow-up treatment can reduce control of the weed. If the second application is delayed until the bermudagrass is back to 100 percent green, control will follow the same pattern of a single application.

Tankmixes Possible
Though Fusilade provided good control of common bermudagrass, some would say that 64 to 74 percent control is marginal at best. In that case, additional applications could be made. The Fusilade DX label allows up to 48 ounces per acre per year to be applied, as long as the last application doesn’t occur within 40 days of harvest.

Additionally, research showed that applying Fusilade with the fungicides Abound, Headline or Bravo Weather Stik did not decrease control of common bermudagrass. Therefore, Fusilade could be tankmixed with fungicides allowing growers the efficiency of combining their fungicide and herbicide sprays.

Additional Considerations
A note of caution: Although Fusilade is highly effective on perennial grass weeds, such as common bermudagrass, johnsongrass, etc., it can struggle with certain annual grasses, such as crabgrass, goosegrass, etc., if the weeds get too big prior to application. The Fusilade DX label suggests a 12 ounces per acre rate for crabgrass that is one to two inches in height while the Select 2EC label suggest six to eight ounces per acre on two to six-inch crabgrass. This should be a consideration if you plan to use Fusilade in your peanut weed control programs.