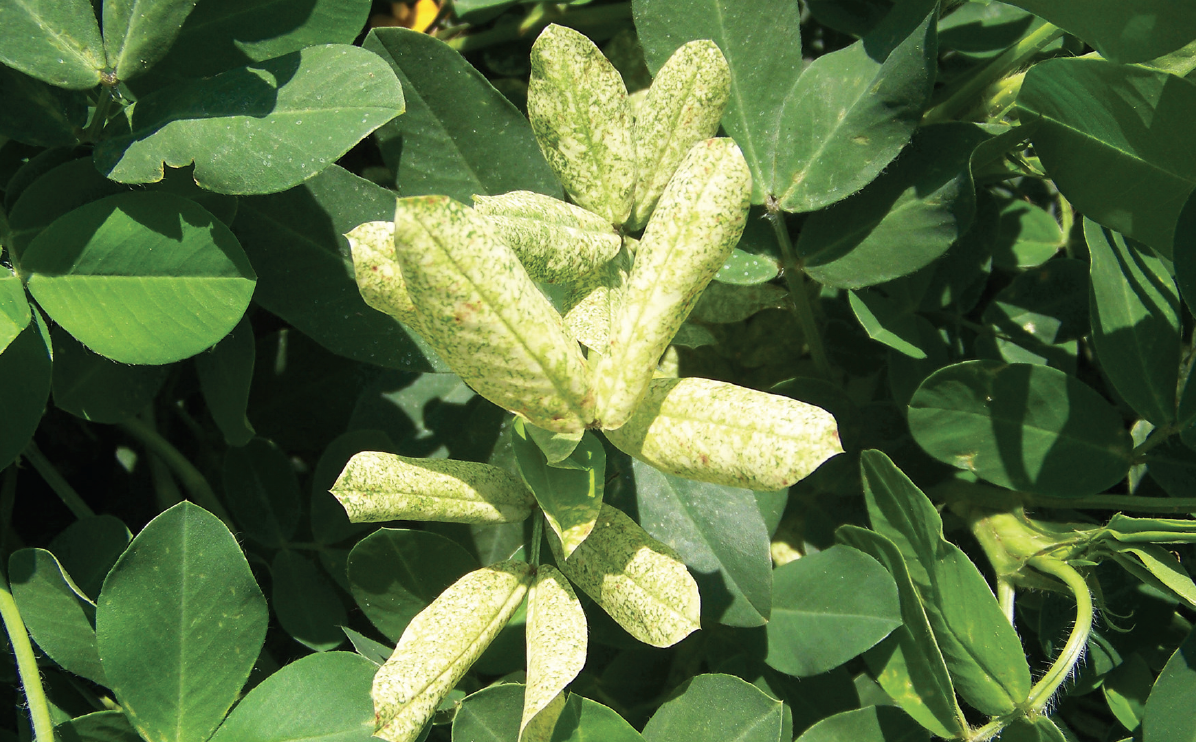 Producers are urged not to become complacent with spotted wilt.

University of Georgia Extension plant pathologist, Bob Kemerait, is urging Georgia producers to plant a month later in 2015 to keep the threat of tomato spotted wilt virus (TSWV) at bay.

In the late 1990s, spotted wilt caused widespread damage, and peanut yields suffered. Kemerait worries that growers have become “complacent” in the fight against the disease. “The fact that we’re seeing an increase in spotted wilt does not suggest to me in any way we’re going to go back to that period of time,” Kemerait says. “What it does do is point out two factors: the first is that the disease, which has been quiet for a number of years, has not gone away. It’s still there.

“Secondly, and more important, as growers plant more resistant varieties, they’ve become complacent in the production practices important to minimizing the risk, and they could get bit by this in the future.” Not Gone, Best Not Forgotten
TSWV dates back almost 40 years, when it was discovered in peanuts in Texas. It was later found in Louisiana and Alabama. In the 1990s, the virus was detected as a major problem in Georgiagrown peanuts, vegetables and tobacco.

Through resistant cultivars developed at UGA by peanut breeder Bill Branch, the virus’ impact on peanuts has been minimal over the last decade.

However, in the last two years, Kemerait says TSWV appears to have been more severe in peanut fields, and he is unsure why.

“We’ve seen an increase, certainly not to the level it was in 1995 or 1997, but I’m seeing more and getting more reports from growers of tomato spotted wilt virus,” Kemerait says. “It’s something we’re aware of and being cautious about.”

Management Reminders
Managing TSWV is not as simple as controlling thrips, the tiny insects that transmit the disease. “Managing thrips through the use of insecticides is not going to reduce severity of tomato spotted wilt,” Kemerait says.

To reduce the virus’ impact, UGA Extension recommends producers plant in May rather than in mid-April, as earlierplanted peanuts are more likely to be infested by thrips. Also, planting peanuts at greater plant densities reduces the incidence of the virus, so increased seeding rates are encouraged.

Continue Reducing Risk
“As an Extension specialist with the University of Georgia, my message and the message of the county agents is: Don’t forget that spotted wilt is out there. Don’t forget that it can affect your crop, and make sure you continue to take steps to reduce the risk,” Kemerait says. [divider]

For more information about TSWV in peanuts, see tomatospottedwiltinfo.org. Article by Clint Thompson, University of Georgia, College of Agricultural and Environmental Sciences.