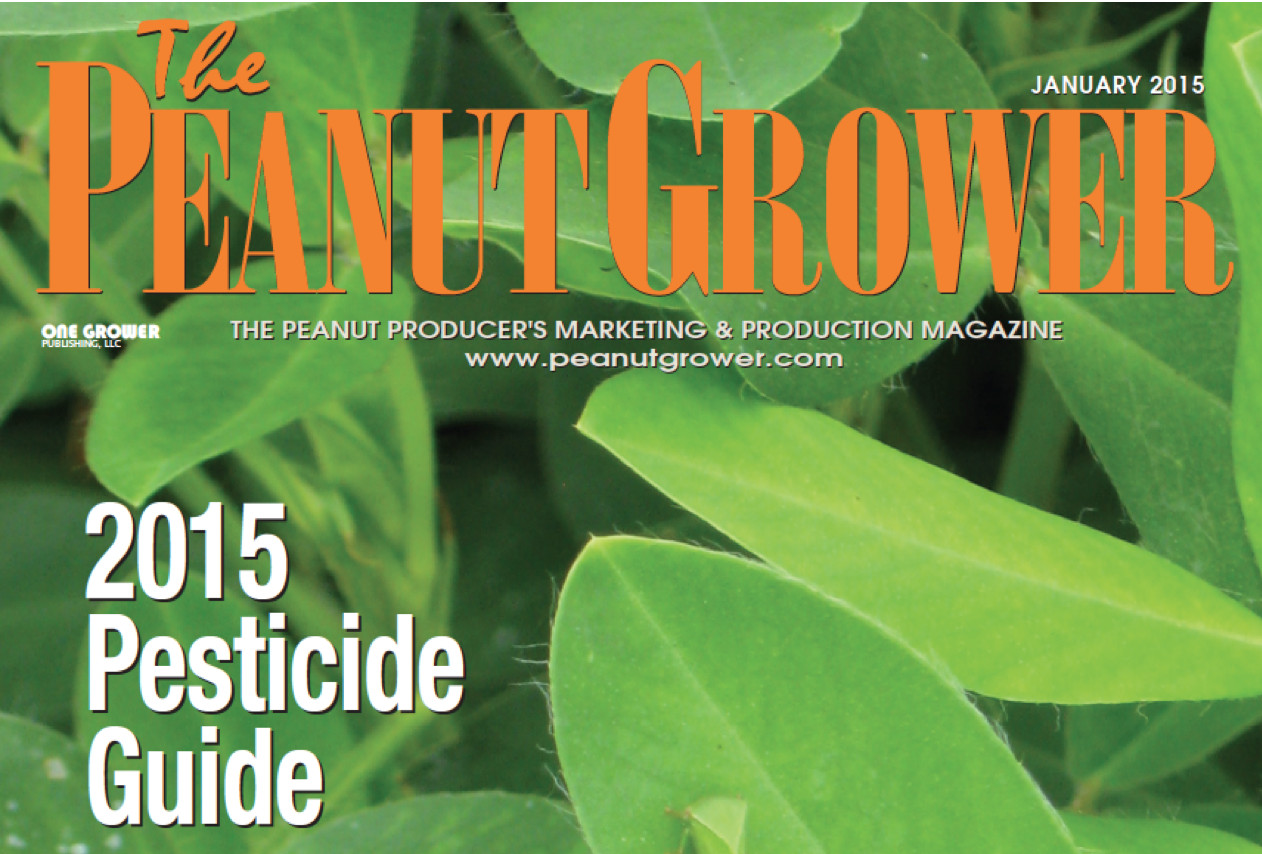 In 2014, losses to Tomato Spotted Wilt Virus across the Southeast were up to three percent. Although that is still a small number, it does indicate that TSWV is on the rise and producers are urged to keep up their vigilance against this disease.

Management of all diseases that affect peanuts is essential to successful production. Manage diseases and nematodes based on the factors below, by using Peanut Rx and by planting varieties with improved resistance. Using these tools, producers have been able to achieve excellent management of disease pressure.

Planting Date
In general, early planted and lateplanted peanuts tend to have higher levels of TSWV than those planted in the middle of the planting season. For larger acreages, it may be more effective to plant varieties with different time-to-maturity requirements as closely as possible within a low-risk time period. If planting during a high-risk period, try to minimize the risk associated with other index factors.

Plant Population
Research has confirmed the impact of plant population on TSWV incidence, but it has less effect on fungal diseases. However, for white mold, it is now known that severity increases when the space between the crown of individual plants decreases.

Insecticide Usage
The use of insecticides to control thrips vectors has been an ineffective means of suppressing TSWV. However, one chemical – phorate (Thimet 20G and Phorate 20G), has demonstrated consistent, lowlevel suppression of TSWV. It is thought that phorate may induce a defense response in the peanut plant.

Row Pattern
Seven to 10-inch twin-row spacing, utilizing the same seeding rate per acre as single row spacing, has become popular. Research has shown that white mold is more severe in single rows at six seed per foot than in twin rows at three seed per foot. The difference in leaf spot appears to be negligible.

Tillage
Spotted wilt is less severe in strip-tilled fields, as is leaf spot, if peanut is not planted in consecutive seasons. Use of conservation tillage does not eliminate the need for fungicides to control leaf spot, but helps to insure added disease control from a fungicide program. White mold may be slightly more severe in strip tillage; deep turning the soil may help to reduce the threat to white mold by burying initial inoculum.

Classic Herbicide
Research has confirmed that the use of Classic (chlorimuron) can occasionally result in an increased expression of tomato spotted wilt of peanut. However, results indicate that the effects are minimal in comparison to the other production practices that influence this disease. To date, other peanut herbicides have not been shown to have an influence on spotted wilt.

Crop Rotation
Crop rotation is one of the most important tactics to reduce disease severity in peanut production and production of all crops. Increasing the number of seasons between consecutive peanut crops in the same field has been shown to reduce disease levels and increase yield. Choice of rotation crops will also have an impact on disease.

Field History
Fields where growers have had difficulty managing disease in the past, despite the implementation of a good fungicide program, are more likely to have disease problems in the future than are fields with less history of disease.

Irrigation
Irrigation is a critical component of a production system and can result in large peanut yields. However, moisture coupled with increased soil temperatures may create conditions favorable for disease more so than non-irrigated fields.