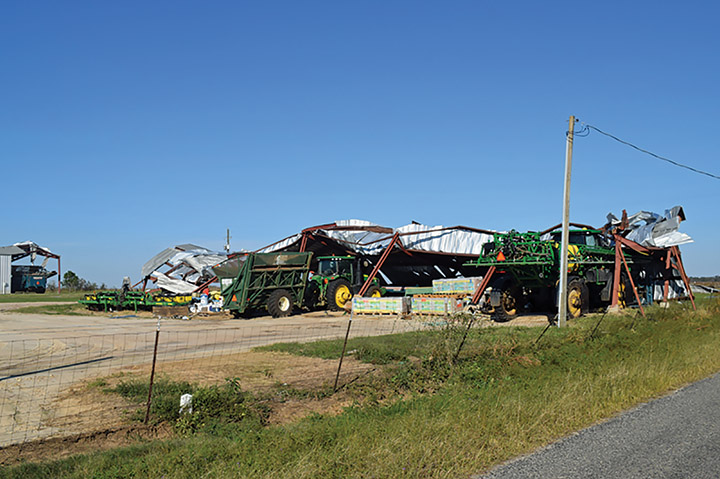 Industry experts are writing guidelines to help producers plan for and recover from hurricanes. 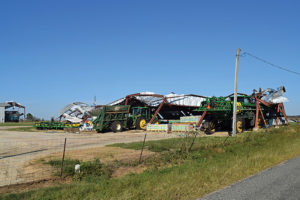 The Virginia-Carolina states and the Southeast, primarily Florida and Alabama, are direct targets. If the storm keeps going, as Hurricane Michael did, then Georgia can also be greatly affected.

According to the U. S. Department of Agriculture’s Southeast Regional Climate Hub, there has been a slight increase in the frequency of tropical storms in the Atlantic in the past few decades.The number of major hurricanes, from category 3 to 5 on the Saffir-Simpson Hurricane Wind Scale, has also increased over that time.

Climate models from the USDA’s Southeast Climate Hub project that the frequency of major hurricanes will likely increase, while the number of tropical storms will decrease. Because of this, researchers and Extension specialists are working on a guide to help peanut producers prepare for and recover from hurricanes.

Although the final version is not complete, the guide aims to help producers focus on long- and short-term planning and preparation to mitigate the impacts of hurricanes on peanut production.

It will also cover the potential impacts of wind and water and offer steps to rebuilding and recovery after passage of hurricanes.
As an example, the guide offers a number of considerations when a hurricane is forecast to impact your area in 1 to 7 days.

One suggestion is to document the status of your peanut crop – field by field. If flooding is likely to be an issue in certain fields, pull some plants to document the pre-storm status – as far as maturity and general health – and take pictures. This could aid in determining crop losses.

Another suggestion is that is it probably better to delay digging until after the storm if flooding is likely in certain fields. That is because peanut plants can float and be pushed by the wind across flooded fields. Other topics prior to the storm cover fungicide applications and equipment placement.

Overall, the guide will serve as a checklist for producers so nothing gets missed, even in the nearly overwhelming aftermath a hurricane can bring. [divider]

Over the past few decades, there has been a decreasing trend in rainfall during the summer months.

Most climate models simulate that the decrease in summer rainfall may continue, with the largest decreases (more than 10%) projected to occur in southern Florida and the western states of the region.

Above-average rainfall and extreme rainfall events have occurred more frequently across the Southeast over the past 20 years.

Most climate models simulate that extreme rainfall events of more than 1 inch will continue to increase.

Temperatures have steadily increased across the Southeast since the 1970s, especially during the summer and along the Gulf and Atlantic coasts.

Days with maximum temperatures exceeding 95 F are predicted to increase, with more than 35 additional days occurring in central Florida and 20-30 additional days across the rest of the region.