Leaf Spot In A Dry Year 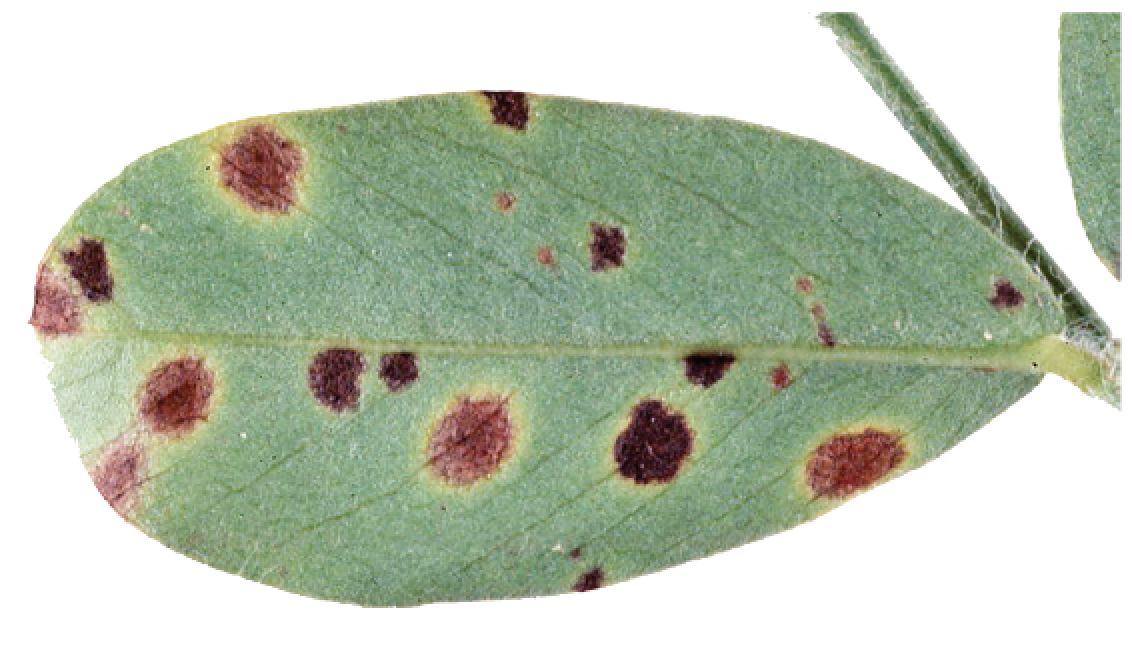 Increased presence of disease shows susceptibility of varieties and weakening of fungicides. Brenneman says this year’s dry conditions should have set up an environment that was less favorable for leaf spot.

“It displays the magnitude of the problem,” Brenneman says. “If we’re having trouble in a dry year, we could really have a serious problem in a wetter year.”

Brenneman says that leaf spot could have hurt overall peanut yields in some places this year, but that the dry conditions will be the biggest factor.

“The irrigated crop is not bad,” Brenneman says. “Some dryland areas are horrendous and have been zeroed out for insurance already. The earlier United States Department of Agriculture crop estimate predicted very high yields for Georgia, but as the crop has been coming in, it looks like that projection was optimistic.”
Almost all varieties grown in Georgia, Alabama and north Florida are susceptible to leaf spot, including Georgia-06G, Georgia’s most widely grown variety.

“Growers must be aware of their cultivar selection,” says Brenneman. “Some of the high-oleic peanuts are especially susceptible to leaf spot.” Certain buyers are willing to pay a premium for those cultivars with that oil chemistry since the products made from them have a better shelf life.

“Growers must realize that if they choose to grow those varieties, they must stay on top of their spray programs and not cut any corners.”

Culbreath and Brenneman are working to combat leaf spot in the short and long term. Culbreath says that improving fungicide efficacy is his short-term solution for stopping the disease. He says mixing the less effective fungicides has been more effective than spraying them separately.

“Brian Jordan, a graduate student, has found that several advanced breeding lines from UGA peanut breeder Bill Branch, such as Georgia-12Y, have the potential to do well without fungicides when used with good rotation and early planting dates to dodge the epidemic,” Culbreath says. “Resistance or tolerance and crop rotation are essential for that type of production, but I think we can put together an integrated system that will work for organic production.”