Proof Is In T he Yield

Testing products on the farm is standard for this crop consultant and the growers he works with. 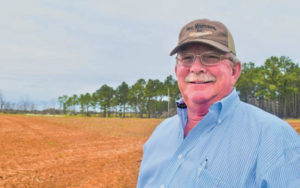 Consultant Paul Wigley says his 16 high-yielding producers are almost always willing to adopt new technology of their farms, but only after looking at it under their own field conditions and management.

Paul Wigley is a well-known name in South Georgia. Even though he retired as Calhoun County Extension Agent in 2011, Wigley has stayed busy as a crop consultant with his business Paul Ventures Inc. working with some of the best producers in the state.

Wigley says these 16 high-yielding producers are almost always willing to adopt new technology of their farms, but only after looking at it under their own field conditions and management. Since Wigley won’t recommend a product he hasn’t worked with yet, this pairs well with his top-notch producers.

One of the product combinations he has looked at recently with impressive results is Velum Total plus Propulse.

The first year that I looked at it was a trial with Mike Newberry on his Early County farm. “Mike is a stickler for getting things right, so we put in nine repetitions. We thought we might have a nematode problem that year, but we didn’t end up seeing heavy pressure, and yet there was still about a 400 pound difference in the Velum Total plus Propulse treatment versus the untreated check. We thought, ‘If that’s what it does with less nematode pressure, what will it do under heavier pressure?’”

Matt Bryan, a Baker County producer Wigley also consults for, put Velum Total and Propulse in trials on his farm and also had good results.

“I used to put Temik out, and then when it went away, I went for a few years without putting out anything for nematodes. I didn’t really think we had a major nematode problem, but that first year when we looked at Velum alone compared to Thimet, we got 300-pound advantage,” Bryan says. 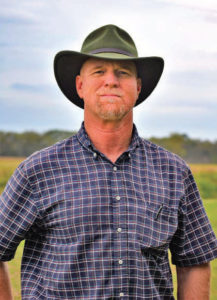 Matt Bryan, a Baker County producer Wigley consults for, put Velum Total and Propulse in trials on his farm and had good results.

That next year, Bryan says they put out Velum Total plus Propulse. The Velum is mixed with his inoculant and applied at planting. The Propulse was applied about 40 days after planting but couldn’t be incorporated right away.

“It was about eight days before it could really be incorporated and we still got an 800-pound increase in yield,” says Bryan, whose rotation is corn behind peanuts, then cotton, then corn again.

Wigley says, “Matt found out that if adversity hits, it will wait on you and still be effective.”

Velum Total is a nematicide and insecticide applied in-furrow at planting. It also offers some suppression of leaf spot and white mold early on. Propulse, applied at 45 to 50 days after planting, extends that nematode protection and solidifies the disease protection. Propulse is a combination of the nematicide in Velum Total and prothioconazole, or Proline.

Wigley says that it was best to put the two products together because Velum Total is not really a stand-alone product.

“When growers had Temik, they would put out 10 pounds at planting, then come back with a second application. When Velum came out, I said, ‘What are we going to do when that product runs out in the field?’ Propulse fills that need,” he says.

Wigley says the combination offers brighter, shinier hulls because of less disease and nematode issues. Treatments gave nearly 1,000 pounds per acre in yield. You’ll get your investment back with significant return on yield in fields with nematode issues.

“You really get two for one with the nematode control and disease protection. I have been using it every year and plan to continue using it,” says Bryan, who was recognized in 2018 as a statewide winner of the Georgia Peanut Achievement Club for a yield of 6,892 pounds per acre on 228 acres in 2017.

In 2018, Bryan found himself in the path of Hurricane Michael, but his problems didn’t end after the storm passed.

“The first field we picked before the storm and it yielded 7,200 pounds per acre,” he says. “After the storm, the average was 6,400 to 6,500 pounds and we were thankful to get that. Grades were phenomenal. But we lost a lot in the field, a lot.

“What hurt us more than the actual storm was the rain after the storm. Because of rains at planting, we didn’t even get half of the crop planted until June 15, so it was going to be a late year. It was November before we started harvest. Then, some peanuts laid on the ground for 35 days.”

He’s hoping for a little drier year, but already this spring is proving to be too wet to start planting corn.