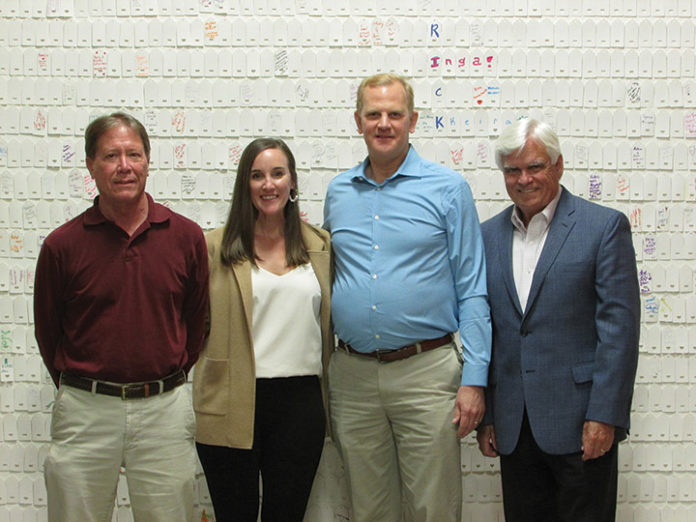 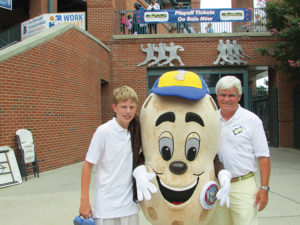 North Carolina Peanut Growers Association CEO Bob Sutter is retiring at the end of July. He has been a true advocate for peanut growers in North Carolina and an ambassador of the peanut industry as a whole for the past three decades. He will be greatly missed.

Bob has made numerous contributions to the peanut industry in North Carolina and beyond since 1994. Prior to his career with the North Carolina Peanut Growers Association, Bob worked for the U.S. Department of Agriculture’s Farm Service Agency and in private business. He also served in the U.S. Navy.

Following are comments from friends and co-workers and quotes from support letters for several awards Bob has recently received that tell the story of how important he has been to peanut growers and the broader peanut industry. We have all benefited from his presence and dedication. Thank you, Bob!

During Bob’s tenure as CEO, the NCPGA has funded $5,073,366 for peanut research, most of which was reported at American Peanut Research and Education Society meetings and/or published in Peanut Science, the society’s journal, and other journals as well.

Bob has been a tremendous supporter of the research and Extension programs that contribute to NCPGA members’ success. In addition, Bob has supported the Peanut Variety and Quality Evaluation program coordinated by Virginia Tech, a program through which new public Virginia-type peanut cultivars must come, the Peanut Genomics Initiative and construction of the new plant science building. He has been a leader in support of peanut research and Extension.

As Bob says, “Investment in these students is an investment in the future of our industry.” I say it takes great leaders — people with vision and motivation to create opportunities. Bob Sutter is such a person.

Bob has been a huge proponent of supporting public peanut research with grower and industry funds. Through his guidance, the NPB has strategically funded critical peanut research at North Carolina State University. Bob was a key supporter of industry efforts to map the peanut genome and utilize this information. In addition, he required language in research agreements with NCSU that all peanut seed royalty income be invested back into peanut research.

Bob has served the peanut farmers and their families with class and distinction for 28 years as the NCPGA CEO. He has worked tirelessly to improve the profitability of all of our state’s peanut farmers and has promoted our products all over the globe. He has led us through five Farm Bills in Washington, D.C., which have included the most sweeping changes to agriculture since The Great Depression. Through his leadership we have made a successful transition from the quota system to our current contracting system. He has led a contingent of peanut farmers to Washington each year to meet our state’s elected officials to discuss policy and let them know how important stability is to each of our families.

Bob worked with peanut leaders in all of the major peanut-producing states to form the NPB in 2000. This board, which is producer funded and led, has been responsible for peanut promotion and research on a national scale, and North Carolina has benefited from the work of this board.

In 2003, the historical peanut quota system that included import restrictions on peanuts into the United States and price controls was eliminated. This model was replaced with a more competitive marketing structure. The new legislation created space for more farmers to move into peanut production across the coastal plain of North Carolina. But the transition was not easy. Historical peanut farmers had relied on federal farm policy for decades to stabilize farm income and maintain rural economies. However, there were forces at play at the national level dictating major structural changes in farm legislation.

Bob, through his leadership with the NCPGA, shepherded the transition in a manner that enabled the farming community to survive and in fact become more competitive. The transition would have been devastating for many farmers without Bob’s constant and dedicated hand leading the way. 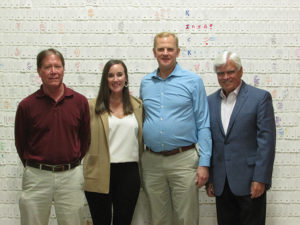 I had the pleasure of working with Fleet Sugg for a few years before his retirement, so I was around when Bob was hired. At the time, I was the head of PGCMA, and Bob and I worked together mainly on legislation and program matters. When Russell Schools retired in 2003 and I became the executive secretary of the Virginia Peanut Growers Association, Bob and I worked together on a much more frequent basis. I think it is safe to say that numerous issues have been before us, including our world changing with the 2002 Farm Bill.

From the beginning, we acted as if there was no line between our states, and our purpose was in advancing the needs of the farmers in our region. Bob was always a pleasure to work with, and I knew anytime I called he would provide the knowledge and thoughtful advice that I came to expect from him. The North Carolina Peanut Growers, along with all of the agriculture industry in North Carolina and nationwide, will miss Bob’s experience and wisdom. However, just as Bob stepped into Fleet’s shoes, Ashley will do the same and continue to carry the state’s growers forward.

I am appreciative to have been a part of the VC area team along with Bob and Marianne, and I am proud to be able to call Bob not only my coworker but my friend.

In 2011, I became the executive director of Virginia Carolinas Peanut Promotions, and I shared an office with Bob. I knew after a few weeks of working together that he was a well-rounded faithful Christian man who is respected by many in the agriculture industry. The way Bob spoke about North Carolina peanut farmers showed me how much of an impact this industry made on him. Behind Bob is his beloved wife, Sylvia, who supports him in everything he does for farmers. She is truly his biggest cheerleader.

It has been a true honor to work with and for Bob during the past 10 years. He has educated me on all the facets within the peanut industry. Bob has been my mentor and shown true leadership over the years. I am thankful for our time together working to promote peanuts on behalf of farmers. PG