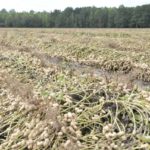 • By Denise Attaway • This year could be a good year for South Carolina peanut growers, or not, depending on how much cotton is planted in the state. During the annual South Carolina Peanut Grower meeting, Clemson agricultural economist Nathan Smith said peanut expectations are that production could be up a little. But right now, the only thing certain ... END_OF_DOCUMENT_TOKEN_TO_BE_REPLACED 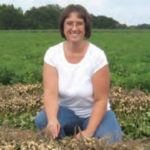 In mid-February, the U.S. Department of Agriculture’s National Agricultural Statistics Service released state-by-state crop and stock reports. This was the first new data available from the department since the 35-day partial shutdown of the federal government. For some the numbers were better than expected, but for Arkansas producers, it only confirmed that it had been a tough year. Travis Faske, ... END_OF_DOCUMENT_TOKEN_TO_BE_REPLACED

Fighting For Disaster Relief U.S. Senators David Perdue (R-GA) and Johnny Isakson (R-GA) introduced a supplemental disaster relief package to provide critical funding for Georgia and other states recovering from recent hurricane and wildfire damage. “Farmers in Georgia and other states across the country are hurting from historic hurricanes and devastating wildfires,” said Senator Perdue, member of the Senate Agriculture ... END_OF_DOCUMENT_TOKEN_TO_BE_REPLACED

Although most of the peanut field provisions in the 2018 Farm Bill are the same, there is a change for producers of one state. U.S. Sens. Lindsey Graham (R-S.C.) and Tim Scott (R-S.C.) introduced the South Carolina Peanut Parity Act, which was included in the Farm Bill and passed the Senate and the House of Representatives as a part of ... END_OF_DOCUMENT_TOKEN_TO_BE_REPLACED

Michael And Florence, An Unwelcome Couple 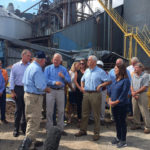 Never before have two hurricanes caused such destruction and disruption in the peanut industry. • By Amanda Huber • Florence was a powerful storm that weakened before making landfall as a Category 1 hurricane. Michael continued to grow in strength even a little while after landfall. Florence dumped buckets of rain and freshwater flooding was the primary impact. Michael’s 155 mile ... END_OF_DOCUMENT_TOKEN_TO_BE_REPLACED