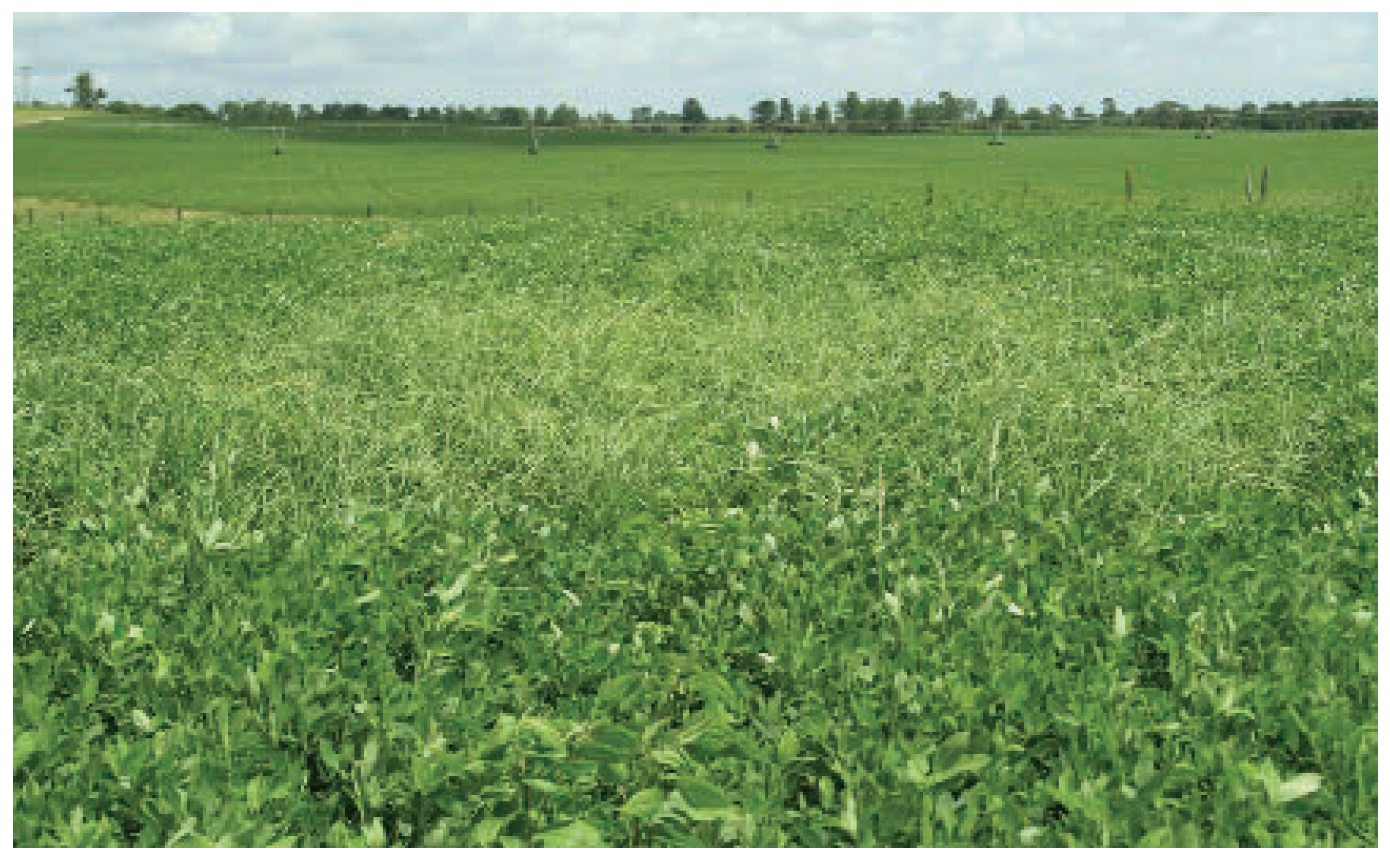 Plus Zidua offers a residual postemergence herbicide with the benefit of a reduced rate. When it comes to weed control in peanuts, producers have a few options. In the past couple of years, Steve Li, Alabama Cooperative Extension weed specialist, has conducted weed management trials on two programs for dryland peanut production. One is a Gramoxone-based program and the other is based on Valor herbicide.

“Starting with residual herbicides is very beneficial in peanut production,” he says. Residual herbicide options for this preemergence time period are Prowl H2O or Strongarm for the Gramoxone-based system, and then Valor if the producer is going with that system. Valor + Strongarm, Valor + Prowl H2O and Strongarm + Warrant are also viable options for dryland peanut.

On the Gramoxone-based system, the first postemergence treatment is critical, Li says.

“It is performed at 20 to 30 days after planting, and if timely, it should be able to burn off most small weeds in the field that have emerged,” he says. “However, tankmixes with Bentazon or 2,4-DB may be needed to increase the control of smallflower morningglory, pigweed and sicklepod.”

For the Valor program, Li says, the first post application at 20 to 30 days after planting is optional.

“It may still look relatively clean at 20 to 30 days after planting after using Valor or a Valor-based treatment.”

The second round of postemergence herbicide applications in both systems calls for applications of Cadre, Cobra, Ultra Blazer or Storm, plus 2,4-DB, plus another residual herbicide such as Dual Magnum, Zidua, Warrant or Outlook. The second postemergence application for the Gramoxone-based system should be scheduled about 40 to 60 days after planting. For the Valor-based system, it is usually applied 30 to 40 days after planting, depending on field scouting. Options for the additional residual herbicide after the crop is growing include Warrant, Dual Magnum, Outlook or Zidua.

“If you don’t fill in the gaps or blanks in the system, you may think everything looks OK initially, but then more weeds will emerge and you will need some type of late-season weed control, which may or may not work well,” Li says. “That’s why you should include a residual herbicide, such as Warrant, Dual Magnum, Zidua or Outlook, in that last postemergence spray to extend the weed-control period and reduce the chances of evolving weed resistance.”

For the two different systems, Li found no significant difference in yield with multiple treatments achieving yields of 5,000 pounds per acre or more in dryland. Additionally, Li has not found a significant reduction in yield because of injury or stunting from Valor-based treatments in six field trials, but he is continuing to look at this.

Among the 14 Gramoxone-based treatments evaluated at three different locations in Alabama, significant foliage burn and visual injury were observed. But, only one treatment with Gramoxone at 12 ounces per acre reduced yield by 7 percent at one location compared to the untreated check. Georgia-06G, Georgia-09B, Georgia-14N and TUFRunner-‘511’ were evaluated for tolerance to these two systems, and none exhibited greater sensitivity than the other varieties in these field trials.

Registered for use in peanuts since 2017, Zidua (pyroxasulfone) from BASF is a postemergence herbicide with the same mode of action as Dual Magnum and Warrant. Zidua offers a lower-use rate of 1.5 to 2.1 ounces per acre for residual control of Palmer amaranth, annual grasses and other broadleaf weeds such as Florida beggarweed.

“Pyroxasulfone is not a new product,” Li says. “It has been used in crops for several years and is in the same family as Dual Magnum and Warrant.”

Zidua should only be applied after peanuts have emerged and can be tank-mixed with paraquat, Cobra, Cadre, Storm, 2,4-DB or Ultra Blazer. It is not considered to cause a significant carryover problem to other rotational crops in the following season.

For more information on the use of Zidua in peanut, go to AlabamaCrops.com, click on “Alabama Weeds” and then on “Zidua Label And Usage In Peanut.”

The Impact Of Weeds

Joyce Tredaway, Extension specialist and assistant professor with Auburn University’s Department of Crop, Soil and Environmental Sciences, says that wherever she is, whether at home in Alabama or traveling in California, Alaska, Texas or even overseas, when someone hears that she is a weed scientist, the next statement is, inevitably, “I could surely use your help!”

Everyone has an interest in controlling weeds, she says, but few understand the real impact weeds have on their daily lives and why weed management is so important. In a post on “Crops Blog” from the Alabama Cooperative Extension Service, Tredaway outlines the impact that weeds have on the different aspects of the world in which we live. She also outlines why weed management is so important not only aesthetically and for better yields but also economically to growers and the general public. A portion of that post, which pertains to crop production, follows.

What is the impact of weeds?

• Weeds compete for light, water and nutrients with the cultivated crop plants. Normally they are better competitors because they are better adapted to the environment, particularly if they are indigenous to the area, thus causing reduced crop productivity.

• Weeds harbor pests such as insects, diseases and pathogens, making them available to invade the crop plants. This results in higher costs for insect and disease control, which increases production costs.

• Weeds increase crop production costs. In order to increase yields by reducing competition, weeds must be controlled by herbicides, cover crops, tillage or even hand weeding, which increases the cost to produce the crop.

• Weeds interfere with harvesting, and any seed being harvested can become contaminated with weed seed. Some weed seed is very small and cannot be separated during harvesting. When this occurs, seed quality is reduced, which means a reduced market value for the crop seed. This results in poorer quality products.

Tredaway continues to outline the impact of weeds in livestock production, in aquatic areas and water systems, and in terms of human safety and efficiency. To read the complete article, “Weeds: They Are Important To Everyone! Here Is Why,” by Joyce Tredaway, go to AlabamaCrops.com and look under the heading “Row Crop News.”

Minimize The Risk Of Valor Injury