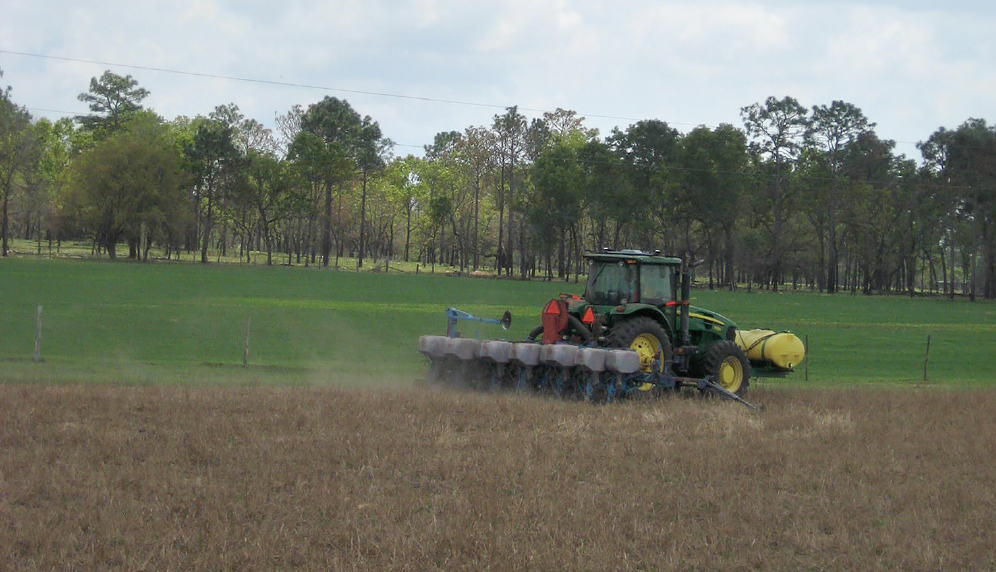 Waiting for soil temperatures to warm up by a few degrees can mean a double-digit increase in germination percentage. Balkcom says the current recommendation is to not plant peanuts until the average temperature in the top four inches of soil has been at least 68 degrees Fahrenheit for three consecutive days. Further, the consistent soil temperature needs to be followed by an extended weather forecast of similarly consistent weather.

Taking The Soil’s Temp
“A digital soil thermometer that records high and low temperatures each day can be used or you could just measure the four-inch soil temperature at mid-day, which would closely represent an average soil temperature for the day,” he says.

Consider Soil Type, Other Factors
The time needed for soil to warm up or cool down is different depending on soil type.

“Sandy soils warm up faster than clay or loamy soils, but, in turn, it will drop in temperature more quickly,” Balkcom says. “This is because the coarse texture of the sand has a lower water-holding capacity than the finer textured clay soils and moisture is slower to react to soil temperature changes. Therefore, a clay soil with plenty of moisture is slower to warm up, but is more stable and less likely to drop from a cold front.”

Cover crops also keep soil cooler longer in the spring by blocking the sun’s rays from hitting the soil.

“On the flip side, using tillage warms up the soil more quickly by stirring it and exposing the soil to direct sunlight causing it to warm up faster,” he says.

Change Based On Germination Rate
Balkcom says the change to the recommendation of a soil temperature of 68 degrees Fahrenheit in the top four inches of soil is something that happened in recent years and for good reason.

“For years, the four-inch soil temperature recommendation for planting peanuts was 65 degrees for three consecutive days. But, because of a recent study conducted by the University of Georgia in cooperation with Auburn University, the recommendation was increased to 68 degrees.

That’s a considerable increase in germination rate by letting the temperature rise a few degrees. The recommendation was settled on 68 degrees Fahrenheit, but the message is – the warmer, the better.

Balkcom says, “Just remember these factors about soil temperature at peanut planting time to ensure yourself a good solid stand of peanuts and avoid the possibility of a less than desirable stand or forcing a replant situation.” PG