Protect the program, market with a reasonable acreage increase 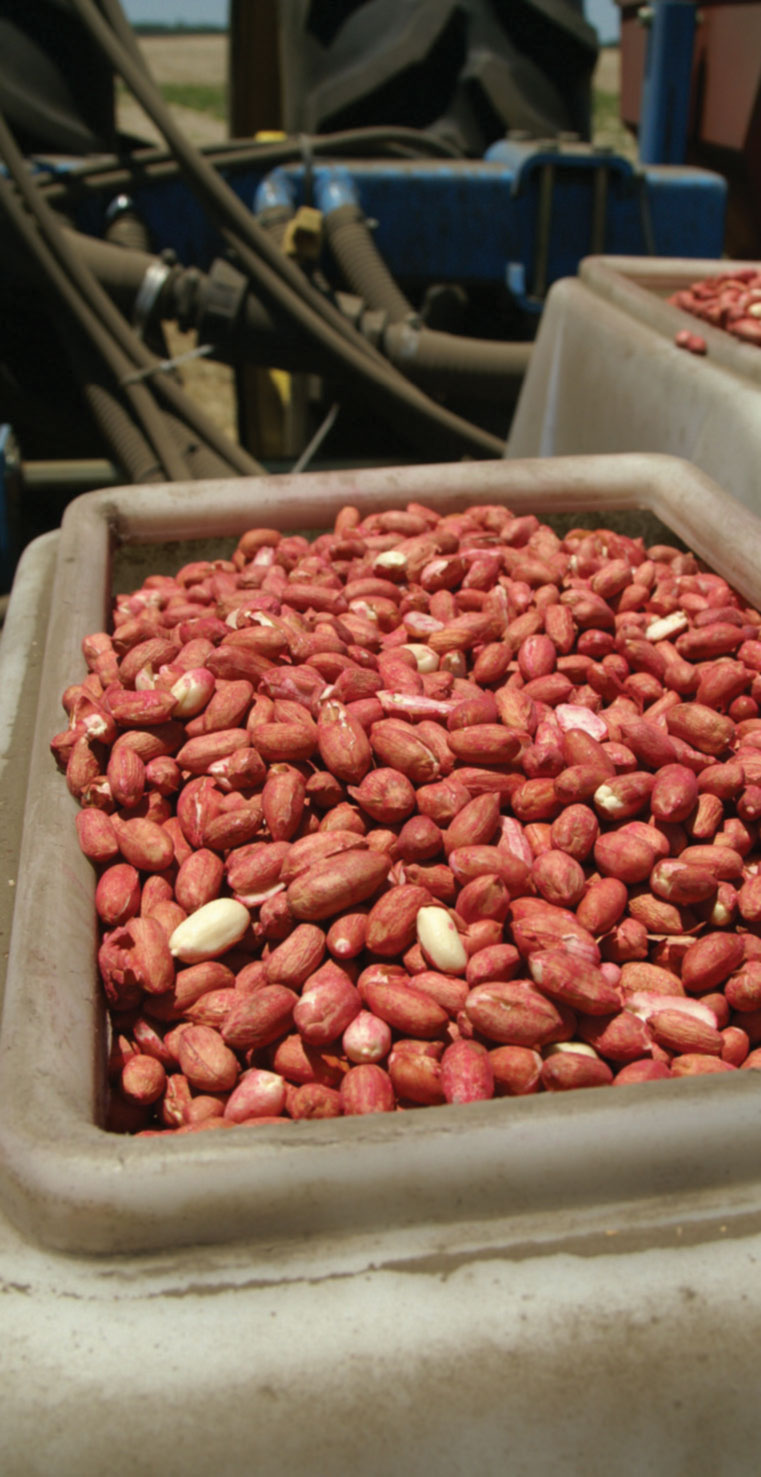 The peanut stage is set. Producers across America have studied the 2014 Farm Bill, selected their coverage options and worked to establish the facts they’ll work by. Federal Crop Insurance has been improved for peanuts, and agents have worked to sell their plans to farmers. Seed has been ordered, and Mother Nature has supplied mostly good winter rains and offered warming soil temperatures to encourage planting. Farmers are blessed with an excellent array of fungicides and insecticides to control disease and insects.

Contracts have been signed, in most cases, and producers are convinced the new, improved varieties will set yield records again. Farmers have examined the various options on what to plant and what yields the most. Bankers and finance institutions have studied the numbers and work to limit risk.

Markets at home and abroad remain strong with nutrition news that touts the power of the peanut and record-setting shipments. All these players have prepared for a great peanut season and now it is time for kick-off.

Industry factors look good, but how many acres of peanuts will producers plant? No doubt the new Farm Bill encourages more acres, mainly caused by the cotton base, now generic base. Producers and bankers are counting on the extra payback in October of each year. Landowners are also wanting some of the payback.

Acreage estimates are varied: USDA predicts a nine percent increase, peanut agronomists estimate a 20 percent increase and crop insurance agents have predicted a 25 to 30 percent increase. It is difficult to determine who is right this early in the season. Markets will have to operate with the shifting numbers until a new USDA acreage report on June 30, 2015.

There are factors that might change these dynamics. The U.S. peanut industry can only shell about 2.6 million tons per year counting new shellers under construction. Some states are reporting a shortage of fungicides, and a major disease outbreak could reduce crop potential. As the low cost world peanut, exports are expected to increase; however, blanching capacity is limited and every major shipping port is warning of delays.

American peanut shellers have been reluctant to contract with farmers unless the buyers commit because it is too risky. New varieties, irrigation and new technology have allowed farmers to produce more peanuts per acre. With good weather, that new plateau will allow farmers to average more than 4,000 pounds per acre. The new Farm Bill, the prospects of a major acreage increase and higher yields per acre have pushed prices lower. The early option contracts mostly settled at $375 to $400 per ton for runners, $425 per ton for high oleic runners, $425 per ton for Virginias and $450 per ton for Spanish (Southwest). Farmers need to be certain that peanut seed is top quality, certified and legal and that the local buying point can receive and store the farmer’s peanuts in a government-approved warehouse so the market loan can be received.

U.S. peanut exports are strong, up 9.7 percent over last year (seven months). Raw-shelled peanuts were up 18.1 percent, with February up 26 percent over last February. In-shell shipments posted a 37.1 percent increase over last year, but China’s purchases have slowed. Peanut butter continues to recover, up 16 percent for the month and down four percent year to date. U.S. peanuts continue to be the lowest-priced peanuts in the world market, and sales should increase after planted acreage is known in the United States.

Argentina is expecting an exceptionally good crop because of weather conditions in March and prices are likely to be lower, competing with U.S. peanuts. China is preparing to plant another crop after a disappointing crop last year. Indian peanuts, almost 500 containers, have been delayed in Vietnam because of the groundnut seed beetle.

Think Before You Plant

Increasing acreage 25 to 30 percent is irresponsible. The government does not want excess peanuts. The new peanut program provides a safety net for producers facing low prices. Analysts estimate that an average seasonal price of $430 per ton would generate a $105 per-ton payment for base acres in 2014 and possibly $120 per ton for 2015.

The payment limit is certain to become a factor for larger growers, and if too many peanuts are planted and the world market price penalizes producers in developing countries, we could be in for a NAFTA/GATT challenge. Hold the increase to 10 to 15 percent and protect the program and the market.