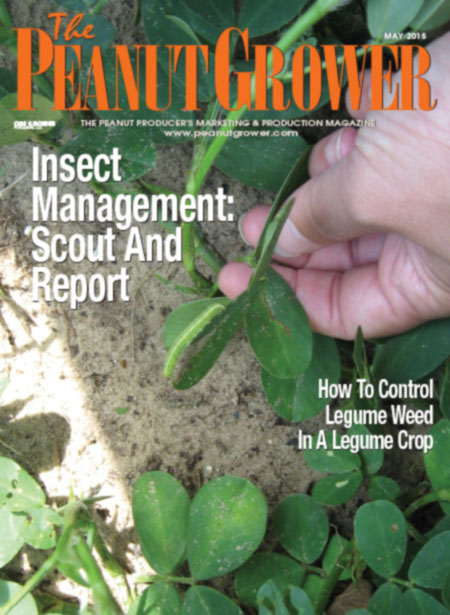 USDA has announced a proposed rule to limit farm payments to non-farmers, consistent with requirements Congress mandated in the 2014 Farm Bill.

The proposed rule limits farm payments to individuals who may be designated as farm managers but are not actively engaged in farm management. In the Farm Bill, Congress gave USDA the authority to address this loophole for joint ventures and general partnerships, while exempting family farm operations from being impacted by the new rule USDA ultimately implements.

Many operations will be limited to only one manager who can receive a payment. Larger and more complex operations that can demonstrate managers are actively and substantially engaged in the operation could be allowed payments for up to three managers. The changes specified in the rule would apply to payment eligibility for 2016 and subsequent crop years for Agriculture Risk Coverage (ARC) and Price Loss Coverage (PLC) Programs, loan deficiency payments and marketing loan gains realized via the Marketing Assistance Loan program.

Registration is now open. USDA Estimates Plantings For 2015 Peanut growers intend to plant 1.48 million acres in 2015, up nine percent from the previous year. The expected increase in planted area is mainly due to relatively low prices of other crops, especially cotton.

In 2014, the March Prospective Plantings overstated 2014 peanut plantings, even though actual plantings increased from the previous year. This may well have been because of the 20-cent per pound run up in the December 2013 upland cotton futures price from 65 cents to 85 cents.

To see the USDA Prospective Plantings by state, go to page 18.

Most producers already have a certification form on file since it’s required for participation in most USDA programs such as marketing assistance loans, farm storage facility loans and disaster assistance. However some new producers or those who have been producing specialty crops may not.

“USDA employees are working very hard to get the word out about this new Farm Bill provision,” said Agriculture Secretary Tom Vilsack. “While many producers will not need to take action, we want to help make sure that those who are required to act do so by the June 1 deadline.

Producers should visit their local USDA service center and talk with their crop insurance agent before the June 1, 2015, deadline to ask questions, get additional information or learn more about conservation compliance procedures.

USDA will publish a rule outlining the linkage of conservation compliance with federal crop insurance premium support. View a copy of the rule at http://go.usa.gov/3Wy5J.

• Operation farm managers will have to show significant contributions to qualify for farm payments.

• USDA consistently underestimates plantings in years of significant increase from the previous year.

• USDA awards grants to help get people off of the Supplemental Nutrition Assistance Program (SNAP) and back to work.

The National Peanut Board and state producer organizations worked together with USDA to develop a solution for stored peanuts following the bankruptcy of Texoma Peanut Co. The November 2014 bankruptcy of the U.S. peanut processor Clint Williams Company, an affiliate of the Texoma Peanut Company, had the potential to devastate the peanut industry in the Southwest, voiding the contracts peanut farmers had with the company.

“Producers in Oklahoma, Texas, Mississippi and Arkansas were being asked to forfeit marketing loans without a ready market for their 2014 crop,” said Bob White, chairman of National Peanut Board and Texas peanut farmer. “We all know farming has enough inherent risks without added concern over buyers being able to honor agreements.”

Faced with the strong possibility of financial hardship, the National Peanut Board, Mississippi Peanut Growers Association, Oklahoma Peanut Commission, Texas Peanut Producers Board, Western Peanut Growers Association and Southern Peanut Farmers Federation joined forces to request that USDA-FSA help protect producers. They specifically wanted to slow down the acceleration of the repayment of loans to allow for an orderly marketing process for their 2014 peanut crop; to give growers relief on incharges and inspection charges; and to work out an agreement with the shelling companies acquiring Texoma Peanut Company on liability and risk of loss.

As a solution, USDA-FSA recently proposed a Special Storage Agreement (SSA) with companies that are assuming ownership and operation of former Texoma facilities. USDA reduced the loan repayment rate for segregation one peanuts stored under Texoma Warehouse License by $100 per ton from March 25, 2015, until midnight June 30, 2015.

“We are appreciative of the tremendous efforts USDA-FSA provided to bring relief to farmers and to create a smooth transition as new buyers assume operations,” said Bob Parker, National Peanut Board’s president and CEO. “There was also great collaboration among the various industry organizations who represent the best interests of farmers.”

The reduced loan repayment rate could possibly be limited by USDAFSA program payment limitations. Producers may incur additional charges (i.e., load-out charges), which may vary by location. After the loan and all charges are repaid, any remaining funds must be remitted to USDA. USDA will retain a portion of the funds to cover possible shortages not covered by the warehouse bond, while the producer will keep the remaining money.

Training future leaders is key to any industry’s success, and that’s exactly what the Peanut Leadership Academy is all about. The leadership academy is a cooperative effort between grower organizations and Extension created to help prepare young leaders within the peanut industry for future leadership roles.

The academy is sponsored by Syngenta Crop Protection and the American Peanut Shellers Association and hosted by the Southern Peanut Farmers Federation. Jessie Bland, Georgia Peanut Commission, serves as coordinator.

Participants are nominated by agricultural leaders in their counties and then selected by a committee of state leaders. The candidates must: 1) Derive their primary livelihood from farming and currently produce peanuts; 2) Preferably be between the ages of 30 and 45; 3) Make a commitment to the Peanut Leadership Academy to attend five sessions, which are in different locations for approximately 20 days of travel over two years.

The 2014-15 class consists of 21 growers and sheller representatives from across the Southeast, Texas and the Virginia- Carolina, including representation from the National Peanut Board.

America’s peanut farmers took a bite of the Big Apple in early April, with peanut butter, of course. The National Peanut Board set up the Perfectly Powerful Peanut Pop-Up space in New York City for four days of peanut and peanut butter sampling and engagement and encouraged people to share their experiences on social media with the hashtag #peanutpower.

The event kicked off with a media and VIP preview event, as well as a Twitter sandwich delivery initiative where people within a certain area who tweeted using #peanutpower were selected to receive a free PB&J lunch. On Tuesday, dietitians were invited to meet peanut farmers and taste peanut and peanut butter inspired recipes.

On Thursday, peanut growers and other volunteers made peanut butter and jelly sandwiches for the Bowery Mission, which helps the hungry and homeless of NYC.

Sponsors and partners with the NPB for the week included Hampton Farms, Jif, New York Apple, One Sandwich at a Time, Peanut Butter & Co., Peanut Butter for the Hungry, Planters, Skippy and Which Wich.

To find out about this and where peanuts will pop up next, visit www.perfectlypowerfulpeanut.org.

The American Peanut Shellers Association has given its highest honor, The Hall of Fame, to Ben Smith, Commodity Manager for peanuts for Snyder’s Lance in Columbus, Ga.

Smith joined Tom’s Foods in 1968, after earning a degree in forestry from the University of Georgia. In 1971, Smith became the Assistant Manager of Peanut Purchasing/Shelling at Tom’s, and then served as head of peanut purchasing/shelling from 1974 to 1980. In 1984, he was named Manager of the Peanut Operations where he stayed until 2005. Smith continued as Manager of Peanut Operations for Snyder’s Lance when the company purchased Tom’s in 2005. Smith currently serves as Commodity Manager – Peanuts, and recently announced that he will retire after 47 years in peanuts.

The Farm Bill sets policy for agricultural programs and nutrition aid. However, the Supplemental Nutrition Assistance Program, or SNAP, formerly called food stamps, accounts for nearly 80 percent of the Farm Bill now with more than 46 million recipients. Using USDA grants, 10 states will test new ways to get food stamp recipients back to work and off the rolls.

The grants come as the Republican Congress is exploring ways to cut the program, which cost $74 billion last year – twice what it cost in 2008. Some in the GOP have proposed stricter work requirements as a way to do that. Grant winning ideas ranged from using career coaches to quicker training courses to mental health assistance. The bill made an estimated one percent cut to the program and established the grants for states to test work training programs.

Sec. Vilsack says the grants will help USDA identify what works and what doesn’t in terms of getting people to work.