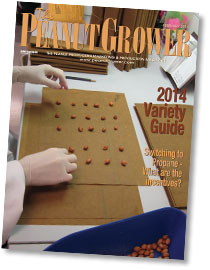 The Farm Bill was extended again until the end of January 2014, but the U.S. House and Senate Ag Committees have been unable to get a compromise bill that leaders believe could pass.

The area of contention is in Food Stamp (SNAP) funding, which is 80 percent of the Farm Bill. Although a floor fight could erupt, negotiators think a compromise may be $10 billion in funding reductions over 10 years. The Senate passed $4 billion in cuts while the House had a $40 billion reduction. Economic conditions have not favored a significant reduction in food assistance.

For farm programs, the direct payment, which began in the 1996 Farm Bill, will end, and it appears tougher payment limits will be imposed. Producers could have a choice between a new revenue protection plan promoted by the Senate and a more traditional counter-cyclical program tied to target prices favored by the House.

To keep down costs and address trade concerns, payments would still be made on a percentage of base acres assigned to each farm – not the actual plantings. However, both bills will allow base updates to better reflect a farm’s recent history. The base acres are not subject to change from one planting year to the next as farmers may option to change crop bases the first year of the bill.

Rep. Collin Peterson warned that this means we will be paying people that aren’t farming and that is hard to defend. He noted, “It puts the power in the hand of the land owners, not the farmers, because the payments follow the land, not what the farmer is planting.” He said a system that is going to prop up land rent is the wrong direction. Peterson was also having problems with the dairy bill that had no supply management stopgap measure.

Rep. Frank Lucas and Sen. Debbie Stabenow both expressed optimism for action on the Farm Bill in January.

Yields increased in Florida, New Mexico, Oklahoma and Texas, but decreased in Alabama, Georgia, Mississippi, North Carolina, South Carolina and Virginia. Condition of the crop was rated mostly good-to-excellent during the growing season. Florida is the only state reporting a record-high yield.

USDA issued a proposal to add Arkansas as a primary peanut-producing state under the Peanut Promotion, Research and Information Order. Primary peanut-producing states must maintain a three-year average production of at least 10,000 tons of peanuts. Preliminary reports indicate 11,729 acres planted in Arkansas. If a 3,500 pound average is maintained, production could be near 17,500 tons.

David Zierden, climatologist from Tallahassee, Fla., says weather patterns this winter are prone to be more variable, with swings between warmer, colder, wetter and drier periods throughout the season. The reason is that the Pacific Ocean is currently in the neutral phase; meaning sea surface temperatures near the equator in eastern and central Pacific Ocean are close to normal.

Winter weather and climate patterns in Florida and the Southeast are heavily influenced by the El Niño/La Niña cycle. With neither El Niño nor La Niña in place this year, the jet streams are freer to meander over North America, leading to greater variability in temperature and rainfall from week to week. He says the seasonal temperature and rainfall is likely to be close to normal. Instead of the odds being heavily tipped towards wetter and colder or drier and warmer, all possibilities are equally likely in a neutral winter.

Gregg Grimsley, president of Peanut Proud based in Blakely, Ga., reports that the peanut industry’s humanitarian outreach, Peanut Proud, has delivered 210,500 jars of peanut butter with a retail value of $631,000 to food banks, churches, state Farm Bureaus, state Extension offices and many other groups to help families in need.

Grimsley expressed appreciation to donors in 2013 and asked everyone to consider a tax deductible contribution to help continue the humanitarian efforts in 2014. Send monetary donations to Peanut Proud, P.O. Box 446, Blakely, GA 39823.

“We’re really proud to have the seal on the packet and for people to see that peanuts are good for the heart,” said GFB President Zippy Duvall. GFB unveiled the AHA certified peanut packets during their 76th annual convention in December.

“We’ve known for a long time that peanuts were good for us, so to have the American Heart Association seal on the packet means an awful lot,” said GFB Peanut Advisory Committee Chairman Wes Shannon.

Agriculture Secretary Tom Vilsack has appointed seven representatives to serve on the Peanut Standards Board. Six members will serve through June 2016. A seventh member will fill a current vacancy through June 2015.

The Peanut Standards Board is authorized under the Farm Security and Rural Investment Act of 2002. USDA consults with the board to establish or change quality and handling standards for domestically produced and imported peanuts. The board is made up of 18 members representing the Southeast, the Southwest and the Virginia-Carolina region. One-third of the board is appointed each year.

The APC export budget for FY 2014 will total $514,027. The funds for the export program are paid by shellers, allied and growers through the National Peanut Board.

Peanut Butter For The Hungry United

The American Peanut Council will coordinate the “Peanut Butter for the Hungry” initiative within the industry and provide transparency of all involved in this hunger prevention. Representatives will include the Peanut Institute for nutrition updates, Peanut Proud for peanut butter production and distribution, National Peanut Board for marketing and communication, various manufacturers for peanut butter donations and production, peanut shellers for facilitation and leadership, state grower groups for local hunger projects and distribution, peanut buying points for community contacts and grower donations, trade media for editorial support and RUTF and manufacturers.

The goal is to inspire consumers around the globe to eat peanut butter, a nutritious protein-rich food that prevents hunger and saves lives.

Lower Production Costs A Must

Patrick O’Brien, from World Economic and Environmental Services, in speaking to American Peanut Council members said, “U.S. farmers have the technology and the knowledge to be the dominant peanut supplier in the world!” He also said that 2012-13 was the best year in exports in the past 15 years, and peanut exports are likely to shrink because of the rising cost of production of U.S. peanuts.

O’Brien said that U.S.-origin peanuts are normally the higher-priced peanuts compared to other origins. “The U.S. is considered a residual supplier, not the first to go to if you need peanuts.”

He said that export prices are extremely variable and quality is a primary concern.

O’Brien encouraged the industry to think more about China. He said China has an emerging middle class, about 160 million people averaging $9,912 a year, described as the tenth wealthiest in the world. China is excited about the new wealth; 30 percent of the population listed shopping as the favorite hobby, spending 9.8 hours weekly shopping versus 3.6 hours in the United States.

O’Brien told the APC members to do the following: brand U.S. peanut and peanut oil as a quality premium brand; partner with high-end supermarkets in China guaranteeing peanut oil and peanut products; conduct promotions on being America’s finest brands guaranteeing safety and quality. He noted that the five to 10 percent tariffs and any taxes could be removed by Chinese consumers, if they prefer the products.

Sue Heinen, Senior Counselor to the Office of Undersecretary for Farm and Foreign Agricultural Services (FAS), praised the U.S. peanut industry for a remarkably successful peanut export year, exporting 20 percent of the crop and doubling present records to between $600 and $700 million dollars.

She said, “It is gratifying to see you open new markets for peanuts. Thanks for being committed and working with FAS. We have staff in 90 offices around the world that will help you find markets, tell you what is happening in those areas and intercede to sell more American products.”

She mentioned Africa and China as new peanut markets. FSA has five offices in China.

The Mississippi Peanut Growers Association will hold a nominations election to select two nominees for member and alternate to the National Peanut Board on Feb. 13, 2014, at 3:00 p.m. at the Lake Terrace Convention Center in Hattiesburg, Miss.

Eligible producers are those who are engaged in the production and sale of peanuts and who own or share the ownership and risk of loss of the crop. The NPB will submit MPGA’s slate of nominees to the Secretary of Agriculture, who makes the appointments.

USDA’s policy is that industry-government boards and committees accurately reflect the diversity of individuals served by the programs.

National Peanut Board President and CEO Bob Parker joined a VIP delegation onstage at the Southeast’s biggest New Year’s Eve celebration: the 25th Annual Peach Drop in Atlanta. The group helped usher in 2014 and mark the official launch of the “Year of the Peanut” for Mars Chocolate North America.

“Year of the Peanut” is the name of an innovative, yearlong integrated marketing campaign to spotlight M&M’s Peanuts – one of America’s favorite candies since 1954.

“It’s a privilege to represent America’s peanut farmers at this time-honored event and to celebrate 2014 as the ‘Year of the Peanut’,” said Parker. “M&M’s Peanut is helping spotlight the high quality of USA-grown peanuts. When Americans want a snack that has great taste and versatility, everybody wins with peanuts.”

“Atlanta was the perfect place to launch the ‘Year of the Peanut,’ and it’s clear the crowd enjoyed all that M&M’s Peanut did to power this amazing event,” said Roy Benin, chief consumer officer, Mars Chocolate North America. “This event perfectly captured our passion for peanuts.”

M&M’s Peanut brand wowed the crowd of 200,000 by highlighting peanuts throughout the evening. A huge backdrop behind R&B singer Janelle Monae highlighted a largerthan- life peanut M&M with the words “Peanuts: Only 1 in 100 is Lucky Enough to Find Its Way Into a Bag of Peanut M&M’s.” Actor and comedian David Koechner reminisced about his role as “The Peanutty Professor” in M&M’s Peanut online series, “The Search for the One.”