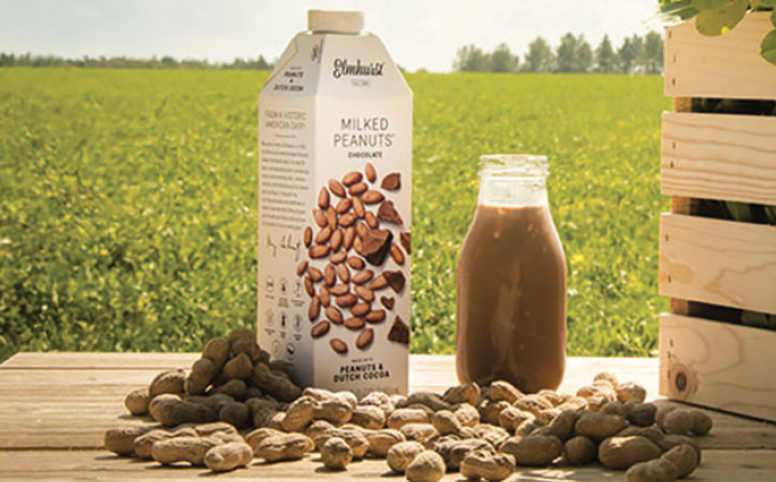 Farm Bill Landing Page
Ahead of the 2018 Farm Bill, House Agriculture Committee Chairman K. Michael Conaway (TX-11) announced the launch of a new online resource that can be accessed through the committee’s current website, https://agriculture.house.gov/farmbill. This landing page is designed to provide updates and information related to the 2018 Farm Bill.

Following its launch, Chairman Conaway, said, “I’m committed to completing a Farm Bill on time. We’ve spent the past three years preparing – holding 113 hearings and six listening sessions around the country. We recognize what’s at stake. We’re working on getting the policy right and will use this site as a resource as we advance the next Farm Bill.”

Change Made On Damage Limit
USDA Agricultural Marketing Service final rule as published in the Federal Register revises the minimum quality and handling standards for domestic and imported peanuts marketed in the United States.

The requirements for Segregation 2 are also adjusted to reflect this change. The board recommended this change to align the incoming standards with recent changes to the outgoing quality standards and to help increase returns to producers. This final rule becomes effective Feb. 1, 2018, and did not include the 2017 peanut crop.

This rule implements a recommendation from the Peanut Standards Board to revise the minimum quality and handling standards for domestic and imported peanuts marketed in the United States (Standards). The Board advises the Secretary of Agriculture regarding potential changes to the Standards and is comprised of producers and industry representatives.

2018 Program Enrollment
The U.S. Department of Agriculture (USDA) today announced that starting Nov. 1, 2017, farmers and ranchers with base acres in the Agriculture Risk Coverage (ARC) or Price Loss Coverage (PLC) safety net program may enroll for the 2018 crop year. The enrollment period will end on Aug. 1, 2018.

“Since shares and ownership of a farm can change year-to-year, producers must enroll by signing a contract each program year,” said Farm Service Agency (FSA) Acting Administrator Steve Peterson. “I encourage producers to contact their local FSA office to schedule an appointment to enroll.”

For more details regarding these programs, go to www.fsa.usda.gov/arc-plc.

GPC Favors Ruling
“I applaud efforts by USDA to update the peanut standards and raise the grading score. A farmer having a majority of their crop graded as Segregation 2 is an economic devastation that could lead to bankruptcy while the true value seems to be significantly higher,” says Armond Morris, chairman of the Georgia Peanut Commission. “This change will greatly reduce the burden on peanut growers. A similar action was granted to the peanut processors last year on outgoing regulations so it only makes sense growers should be afforded the same revision in the rules.”

From a nationwide perspective, Seg. 2 peanuts usually constitute less than 1 percent of the entire U.S. crop. However, producers have experienced some very challenging weather conditions in recent years, especially with rain at harvest time, which has increased the percentage of peanuts being graded as Seg. 2. This adjustment to the grading score will not affect the quality of peanuts being delivered to the market.

MANA Announces Expansion
Mark Moore, CEO of MANA, recently announced plans for an expansion of the manufacturing plant in Fitzgerald, Ga. MANA will invest $3 million in the expansion which will double the space to 50,000 square feet.

Moore says, “We expect to double again in five years.” MANA is the largest producer of Ready to Use Therapeutic Food for children with severe malnutrition and is introducing a new product called Humanitarian Supply Ration. Recent projects in Puerto Rico indicated a need for a peanut product fortified with twice the protein. Moore says it is also excellent for Federal Emergency Management Agency projects and even cancer patients.

Peanut Institute Redefines Mission
Founded by the American Peanut Shellers Association, the Peanut Institute recently redefined their mission: Doing our part in creating a healthier world…we grow awareness of the health and wellness benefits of peanuts and peanut products through targeted research and communication.

Summit To Sharpen Messages
High-yielding crops are a challenge to the industry and grower marketing stakeholders who take care of communications and promotions activities on behalf of the peanut industry.

Recently, the National Peanut Board hosted marketing and grower stakeholders from state peanut producer organizations for a Marketing Summit at the Chicago headquarters of Golin, NPB’s marketing and public relations agency.

The purpose of the meeting was to keep marketing messages sharp and consistent across the peanut industry and to focus on how to increase peanut consumption.

To reach these goals, three strategies for 2018 were discussed:

• Continue with the Peanut Vendor (@PeanutsHere), who will bring his humor and peanut passion to fans in new ways.
• Promote National Institute of Health guidelines for introducing appropriate peanut products to infants for the prevention of peanut allergies. NPB will focus on working with parents to build awareness, educate and offer support about feeding infants peanut-containing foods.
• Support marketing efforts of Elmhurst Milked Peanuts and Peanuts-Chocolate as these new products hit retail shelves in January. Elmhurst Milked product manager says, “To increase consumption in a mature market will require new usage occasions or new products and this is a product that has the potential to drive significant growth. What’s also exciting is that there is so much potential to create other peanut-based products from yogurts and ice cream to creamers.”

Consumption of almond and soy milks and other plant-based milks has increased 20 percent over the past few years. A look at some recently announced product introductions are as follows:

• Hershey’s has launched its first new candy bar in 22 years. Hershey’s Gold is a caramelized crème bar with crunchy peanuts and pretzels that delivers a complex combination of sweet and salty, crunchy and creamy. The new product will be promoted with the 2018 Olympic Winter Games with several Olympic athletes including Apollo Ono.
• Snickers will launch three new flavors in summer 2018: Espresso, Fiery and Salty & Sweet. Snickers has experimented with different nuts in the past but these new flavors focus on peanuts and the flavor will be included in the inner nougat.
• M&Ms has launched a new seasonal flavor exclusively at Target. Peanut Brrr-ittle M&Ms feature the sweet roasted taste of peanut brittle.
• Chobani Flip has introduced a limited batch of Buttercrunch Blast yogurt. It features chocolate low-fat yogurt with roasted peanuts, toffee pieces, chocolate cookies and peanut butter clusters.
• Doritos’ ventures outside of chips with the new Crunch Nuts and Crunch Mix in Nacho Cheese and Cool Ranch flavors. Crunch Nuts are peanuts with a crunchy Doritos-flavored coating. Crunch Mix features the coated peanuts with other salty, crunchy elements like pretzel nuggets, corn puffs, corn sticks.
• Smaller brands are also innovating with peanut ingredients. Clover Sonoma’s premium ice cream line has a new chocolate peanut butter flavor. Dairy-free No Cow Cookies in Chunky Peanut Butter have 21 grams of protein and only one gram of sugar.

While snacks are a strong category leader for peanuts, additional top areas of growth for peanuts include sweet spreads, up 87 percent, and pet food, up 83 percent. “I’m honored to serve as chairman of the National Peanut Board this year,” says Gill. “We have a strong program of work to implement in 2018—such as supporting the launch of the first-ever peanut milk in retail stores nationwide and educating health professionals and parents about the NIH guidelines for introducing peanut products to infants. It should be a very busy and productive year.”

Also, elected as officers were Dan Ward of Clarkton, N.C., as vice-chairman; Peter Froese Jr. of Seminole, Texas, as treasurer; and Andy Bell of Climax, Ga., as secretary. These officers will serve one-year terms beginning Jan. 1.