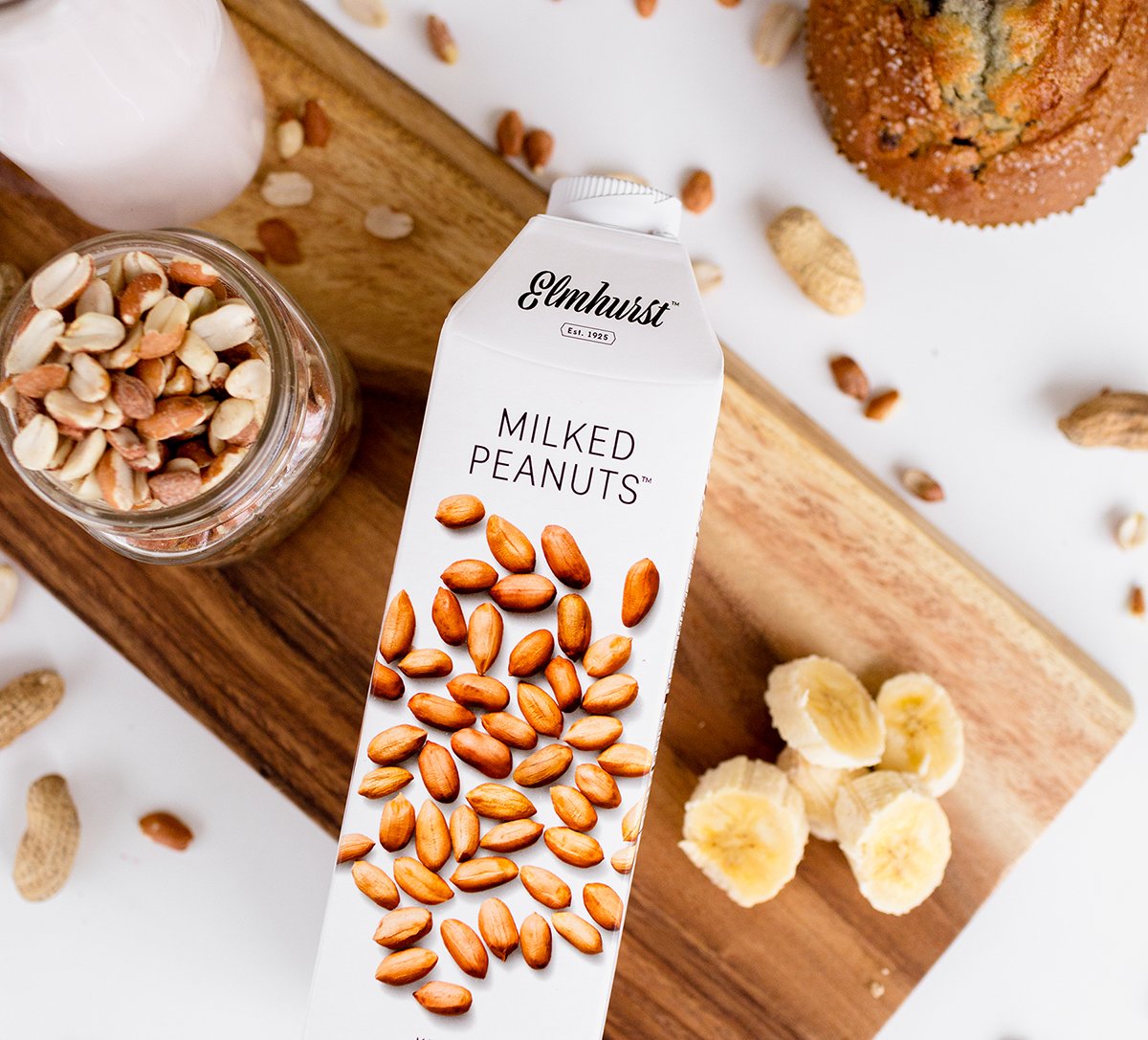 U.S. Secretary of Agriculture Sonny Perdue has announced that the USDA will take several actions to assist farmers in response to trade damage from unjustified retaliation and trade disruption.

The Trump administration announced its plan for tariff mitigation following the unjustified retaliatory tariffs imposed by China. Standing alongside President Trump in the Roosevelt Room of the White House last month was Donald Chase. Donald is a peanut farmer from Oglethorpe, Georgia, and serves on the Board of Directors for the Georgia Peanut Commission.

On either side of President Trump were two additional leaders from Georgia – Sonny Perdue, Secretary of Agriculture from Bonaire and Zippy Duvall, president of the American Farm Bureau of Greensboro.

The administration’s plan is a $16 billion aid program intended to help ease the impact of decreased agricultural purchases from China, one of the consequences of the trade war with Beijing. The aid will include $14.5 billion in direct payments to farmers through the market facilitation program.

Originally, peanut farmers were excluded from the plan; however, after some hard work, peanut producers will be eligible for these direct payments. There will be three payment installments starting in July. Additional payments will come in November and January as needed.

Producers will receive a payment based on a single county rate multiplied by a farm’s total plantings to those crops in aggregate in 2019. So, payments will be calculated after final reporting planting date of July 15.

Georgia Peanut Commission Chairman Armond Morris stated, “Peanut growers are pleased that we were included in the Market Facilitation Program (MFP). The peanut industry needs a strong export market and we will continue to work with the administration to expand our markets.”

Another $1.4 billion will be allocated to the Food Purchase and Distribution Program to purchase surplus commodities affected by the trade war. Those goods will then be distributed to schools, food banks and other groups. The remaining $100 million will go to developing new export markets for American producers through the Agricultural Trade Promotion Program.[divider]

Many people, including peanut farmers in West Florida and South Georgia and Alabama, applauded the passage of the long-awaited disaster aid bill. The passage comes eight months after Hurricane Michael devastated portions of Georgia, Alabama and Florida.

Perdue says that while it should not have taken eight months to pass this disaster relief package, this will hopefully serve as a learning experience for both sides of the aisle.

Senator Isakson said, “I’ve spent most of this year pressing for action, and I thank President Trump and everyone who worked to see this through. I am hopeful that this aid will be expedited to reach those who need it quickly so that Georgians can get the relief they need to rebuild their lives and livelihoods.”[divider]

“I was proud to speak on behalf of Middle and Southwest Georgia at the disaster bill enrollment ceremony. While it took too long to get disaster relief, I am confident the resources from this bill will help our district and the rest of the nation rebuild and repair from the catastrophes.”

The $19.1 billion disaster bill passed the House of Representatives by a vote of 354-58. A summary of the bicameral, bipartisan disaster relief package is available at appropriations. house.gov.[divider]

Kisler said, “It’s the latest that KMC has. When they develop something new, they bring it out here and replace what we have.
KMC’s CEO, Lanier Carson, a longtime supporter of the college, said the company is always willing to help ABAC. Carson said, “Technology is always changing. Any way that we can help, we’re going to do it because we want an education in agriculture at ABAC to be the best it can be.”[divider]

Olam recently announces that Jamie Brown, Senior Director of Sales and Logistics, has been promoted to Vice President of the Olam Peanut Shelling Company and will operate out of Smithville, Georgia. Jamie has been with Olam since December 2017.

Prior to joining Olam, Jamie was responsible for the price risk management and purchasing of wheat and flour for the J.M. Smucker Company based out of Orrville, Ohio. Jamie has been a part of the peanut industry since 2013 when he started as a broker in Albany, Georgia, after spending 8 years with Merck Pharmaceutical.[divider]

The Peanut Institute was formed more than two decades ago to address the void of nutritional research on peanuts and to develop associated educational and outreach initiatives. Since then through TPI, peanut shellers have invested more than $25.1 million in this initiative since 1996, and the industry has invested an additional $7.5 million.

“Per capita consumption of peanuts and peanut products is at an all-time high,” reports Charles Birdsong, Chairman of the TPI Development Committee.

More than 200 attendees from all over the United States and abroad annually attend the Georgia Peanut Tour to learn about the level of technology involved in producing high quality peanuts in Georgia.

The 2019 Georgia Peanut Tour, organized by the University of Georgia College of Agricultural and Environmental Sciences, USDA-ARS National Peanut Laboratory and the Georgia Peanut Commission, will be held on Sept. 17-19, 2019. An excellent tour has been planned this year in the Cordele, Georgia, area.

Anyone wanting to help sponsor the tour to help cover the cost of transportation, breaks and meals, should send the contribution made payable to the Georgia Peanut Tour to Hannah Jones, P.O. Box 967, Tifton, Georgia 31793, by July 31, 2019.[divider] 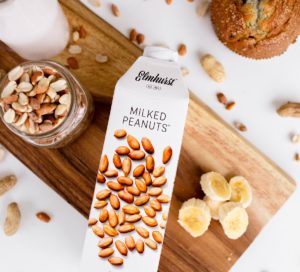 “We made this tough decision based on manufacturing difficulties involving peanuts,” Elmhurst said in a statement to its customers. “By removing this ingredient from our portfolio, we will create more capacity—both in research and production—for the exploration of new, innovative products.”

“Our farm families and staff are disappointed, but we still believe a peanut milk product would be welcomed by consumers who enjoy alternative milks,” said Bob Parker, president and CEO of the National Peanut Board (NPB). “We are confident that a peanut milk product with an equivalent nutrition profile to dairy milk, with the same amounts of protein, calcium, Vitamin D and other fortification, at a price point competitive with existing alternative nut milks would be a success.”

Parker said NPB plans to contact other makers of alternative milks to draw attention to and continue to generate interest in peanut milk products.[divider]

Peanut butter is a well-loved food, but sales for the category over the past two years have been flat or had minor growth around 1 percent. Influential factors include the strong economy, a decline in bread sales and trending diets that exclude peanut products. To offset these challenges and drive growth in the category, the National Peanut Board issued a request for proposals (RFP) for an agency partner that could deliver a campaign focused on increasing jarred peanut butter sales.

Ketchum, a leading global communications firm, won the project and is now working with NPB on a year-long campaign striving to encourage families to use peanut butter more often. With this action, the objective is to move the needle on peanut butter category sales by 2 to 3 percent.

Ketchum kicked off the campaign by capitalizing on an opportunity to inject peanut butter into relevant pop culture topics. For example, the most recent star of TV’s The Bachelor, Colten Underwood, shared his love of peanut butter on social media.

Ketchum then sent him a peanut butter-lovers package complete with a customized peanut butter spoon. On social media, he again shared the peanut butter love with his fans, which resulted in one million potential views.

Many other opportunities to reach key influencers, registered dietitians and to use new promotional strategies, such as digital shopping and geotargeting, will be used as part of this campaign to optimize impact and drive sales.