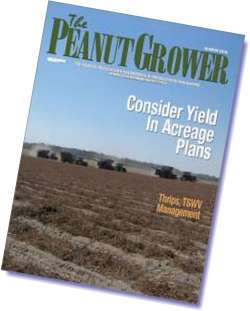 Finally A Five-Year Farm Bill
After two years of debates and delays, H.R. 2642, the Agricultural Act of 2014, has been passed by the House and Senate and signed by President Obama. The 950-page bill rewrites the commodity programs and includes savings from the food stamp section, which comprises about 80 percent of the legislation. The bill will generate an estimated $23 billion in savings over a 10-year period. The greatest amount of savings comes from the end of direct payments to farmers, which cost about $4 billion annually. About $8.6 billion was eliminated from the food stamp program. Senate approval was a bipartisan vote of 68 to 32. The roll call vote tallied 44 democrats, 22 republicans and two independents supporting passage, while nine democrats and 23 republicans opposed the conference report. Secretary of Agriculture Tom Vilsack said, “Today’s action will allow the proud men and women who feed millions around the world to invest confidently in the future. Our communities will have additional support to attract new economic opportunity and create jobs. “During difficult times, children, working families, seniors and people with disabilities will have access to nutritious food. The potential of new products, treatments and discoveries will be strengthened through new agricultural research. Renewed conservation efforts will protect our fields, forests and waters creating new tourism options. This legislation is important to the entire nation. While no legislation is perfect, this bill is a strong investment in American agriculture and supports the continued global leadership of our farmers and ranchers.” Despite continuing to be called a “Farm Bill,” less than 20 percent of the spending actually goes to farmers; most of the money is tied up in the nutrition title of the package. The 2014 Farm Bill will cover crop years 2014 through 2018 and will cost approximately $1 trillion for the entire Farm Bill. Of that total, approximately $44.5 billion has been authorized for commodity programs, $89 billion for crop insurance and $57.6 billion for conservation programs.

Chambliss Votes For Last Farm Bill
After passage of the Farm Bill, Sen. Saxby Chambliss (R-Ga), former chairman of the Senate Ag Committee said, “I am pleased to support the 2014 Farm Bill that reforms critical farm programs, strengthens the nation’s food security, protects the livelihood of our farmers and ranchers and preserves our efforts to remain good stewards of the environment. This bill embodies the promise of reform while achieving savings to contribute to lowering our debt.” Chambliss adds, “I am pleased with the options this bill offers to protect producers in times of need, while supporting our nation’s long-term economic and food security. I am also pleased with the language that re-links conservation compliance to crop insurance as well as streamlines and strengthens conservation programs to protect land, water and wildlife for future generations. “This is my fourth and final Farm Bill as a member of Congress,” Chambliss said. “It has been my distinct honor to represent and work with the farmers and ranchers in Georgia for 20 years. You provide the highest quality food, feed and fiber in the world. Thank you for the opportunity to represent you in Congress and to be a member of what I think is an outstanding Agriculture Committee.”

USDA Sets Referendum On Check-Off
USDA will conduct a referendum from April 7, 2014, through April 18, 2014, for eligible U.S. peanut producers. Producers will vote on whether to continue the Peanut Promotion, Research and Information Program. Growers who produced peanuts and paid assessments from Jan. 1, 2013, through Dec. 31, 2013, are eligible to vote. If a simple majority of eligible producers vote in favor, the program will continue. The assessment is one percent of the value of the peanuts. USDA’s Agricultural Marketing Service (AMS) will conduct the referendum. Ballots and voting instructions will be mailed to all known eligible producers by April 7, 2014. Eligible producers who do not receive a ballot, have questions or need additional information may contact the referendum agent, Jeanette Palmer, at Jeanette.Palmer@ams.usda.gov or by phone at 888-720-9917. Congress has authorized the establishment of 20 research and promotion boards, which helps producers pool resources to develop new markets, strengthen existing markets and conduct research and promotion activities. Visit www.ams.usda.gov/FVPromotion to learn more.

Morris Elected Chairman Of GPC
Armond Morris, peanut farmer from Ocilla, Ga., was elected chairman of the Georgia Peanut Commission during the monthly board meeting in January. This is Morris’ thirteenth term as chairman of the commission. He has also served as chairman of the board previously in 1996 and 1997, 2003 and since 2005. “I look forward to serving Georgia’s peanut growers as chairman in 2014. It is a pleasure to serve peanut producers in the state of Georgia, and the commission is continually working to serve all peanut farmers in the state through research, promotion and education,” Morris says. Other officers elected during the board meeting include Joe Boddiford, of Sylvania, as vice chairman and Rodney Dawson, of Hawkinsville, as treasurer. Board members Tim Burch, of Newton, and Donald Chase, of Oglethorpe, represent Districts 1 and 5, respectively. The peanut-producing counties of Georgia are divided into five districts in which peanut farmers elect a representative to serve on the board.

Golden Peanut In South African Market
Golden Peanut Co., a wholly owned subsidiary of Archer Daniels Midland, has acquired an 80 percent ownership stake in PFarm Agente, one of South Africa’s largest peanut processors. P-Farm Agente’s assets include a bulk warehouse and a shelling plant capable of processing 20,000 metric tons of peanuts per year. The company has about 85 permanent employees and has been privately owned by Alfonso Visser since its formation in 1997. Visser will continue to control 20 percent of the company, which is located in Hartswater, South Africa, approximately 260 miles southwest of Johannesburg. “Our entry into the South African peanut market augments Golden Peanut’s presence in the United States and Argentina, enabling us to serve more customers from more points of origin,” said Kris Lutt, president, Golden Peanut Co. “The regional origination and export capacity provided by PFarms’ operations will help Golden Peanut advance toward our goal of becoming a global groundnut sheller and handler.”

Peanuts Go To The Fancy Food Show
More than 30,000 food industry professionals attended the largest specialty food marketplace on the West Coast to connect with the latest and greatest producers of specialty food. The National Peanut Board hosted several companies with gourmet peanut products at San Francisco’s Winter Fancy Food Show. Those comapnies included Choclatique with peanut granola bars; Golden Peanut Co. with peanut flour, peanut oil and other peanut ingredients; Hampton Farms with peanut butter mills; Ricky’s Lucky Nuts with flavored peanuts; and Sir Francis Bacon with peanut bacon brittle. Over the three-day show, the companies garnered more than 180 well-qualified leads for follow up. “I’m thankful for the opportunity I had to present Ricky’s Lucky Nuts at the Fancy Food Show with the National Peanut Board,” said Paul Gelose, company president and CEO. “The show was a great success for Ricky’s, and I was overwhelmed with the great contacts I established.” Bruce Kotz, Golden Peanut Co. vice president of specialty products, said, “We feel that our participation with the National Peanut Board at the show was a huge success and well worth our time and effort.” Not only were peanuts present at the NPB booth at the Winter Fancy Food Show, many other specialty peanut companies and companies with peanut products promoted their items at the show.

Attend The International Peanut Forum
The 2014 International Peanut Forum (IPF), organized by the American Peanut Council, will be held at the Sheraton Roma in Rome, Italy, April 9-11, 2014. This two-and-a-half day meeting is the only international meeting devoted entirely to peanuts. The IPF meeting typically attracts around 300 industry members from more than 25 countries. To register, go to www.peanutsusa.com.