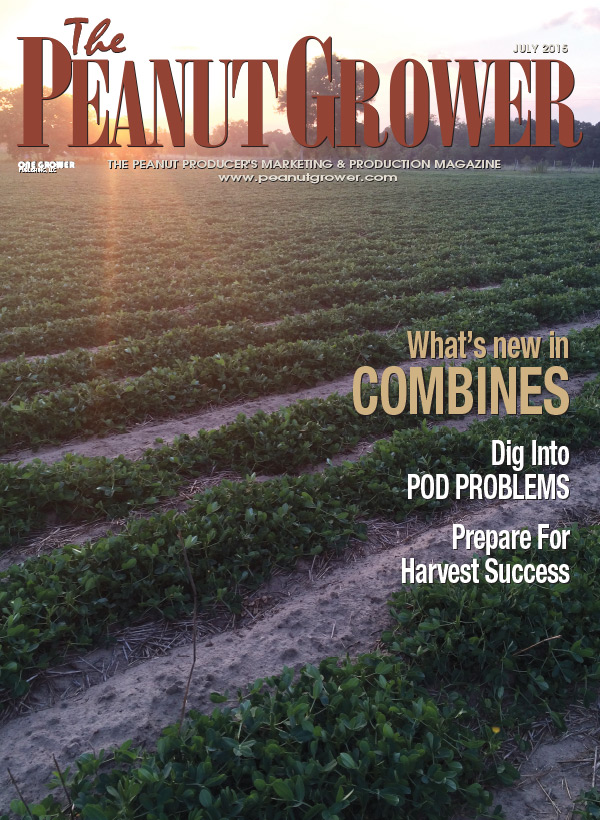 In March, the U.S. Department of Agriculture (USDA) issued their proposed rule to define what it means to be “actively engaged” in farming and, therefore, eligible to receive federal farm payments. After review by the Southern Peanut Farmers Federation (SPFF) members, there are important issues that concern Southern agriculture including, but not limited to, the limits on the number of farm managers.

ConAgra Foods has agreed to pay $11.2 million in criminal fines and forfeitures to settle a charge that the company shipped salmonella-tainted peanut butter from its Georgia plant more than eight years ago.

Documents outlining a plea deal with federal prosecutors were filed in U.S. District Court in Georgia. ConAgra agreed to plead guilty to a single charge of shipping adulterated food, a misdemeanor, and pay $8 million in fines plus $3.2 million in forfeitures. ConAgra was charged as a company. No executives were charged.

In 2007, a salmonella outbreak linked to the company’s Sylvester, Ga., plant that produces Peter Pan peanut butter was blamed for sickening at least 625 people in 47 states. The Nebraska-based company recalled all peanut butter.

The company signed a plea agreement admitting that it introduced Peter Pan and private label peanut butter contaminated with salmonella into interstate commerce during the 2006 through 2007 outbreak. The criminal fine is the largest ever paid in a food safety case. The proposed plea agreement and recommended sentence is not final until accepted by the U.S. District Court.

The National Peanut Board has reached an agreement with its research institution partners on language for its Research Institution Agreement (RIA). The full board approved the following language:

3.5 (f ) Subject Inventions will be licensed (domestically and/or internationally) in a manner designed to enhance the competitiveness of U.S. peanut producers. When considering potential international licensing for specific peanut cultivars, cooperator will do so in accordance with its institution’s policies and in consultation with breeders, institutional varietal release committee, agricultural experiment station administration, institutional Office of Technology Transfer, CPPO and NPB.

The National Peanut Board maintains its opposition to the international licensing of seed varieties developed with funds from American peanut growers.

NPB Chairman and Texas grower Bob White said, “We appreciate our research partners agreeing to consult with us and our state associations before entering into international licensing agreements on seed. I believe we all share a common goal of doing what is in the best interests of our peanut growers.”

The new language will be incorporated effective Jan. 1, 2016. The National Peanut Board has funded over $20 million in production research since its inception. Survey

Session 1 on Friday, July 24 will feature a panel of peanut researchers discussing, “The Future is NOW!” Keynote speaker at the Friday luncheon will be Deputy Secretary of Agriculture, Krysta Harden, formerly of Georgia. The afternoon session will be led by Dr. Martie Gillen of the University of Florida on “Keeping the Farm for Future Generations.” Session III on Saturday will include speakers U.S. Rep. Ted Yoho of Florida, Bob Redding of the Redding Firm, Stephanie Grunenfelder of the American Peanut Council and Don Koehler of the Georgia Peanut Commission. The Convention concludes on Saturday night with a show by the Bushman Band. Conference registration can be found online at www.southernpeanutfarmers.org.

During the Southern Peanut Growers Conference, a Casino Night will be held the opening evening from 7 to 10 p.m. to help raise money for Peanut Proud. Conference attendees will be given a certain number of chips to get started and can then purchase more with proceeds going to Peanut Proud. For hotel reservations, visit www.callawaygardens.com/ASPGC2015.

Almond milk is growing at double digit consumption rates. Even cashew milk is gaining momentum and now, is peanut milk in our future? No commercial product is out yet, but Bob Parker of the National Peanut Board said the concept has been developed.

Peanut milk delivers eight grams of plant-based protein per serving, comparable to dairy milk, all-natural ingredients with 30 essential vitamins and nutrients and is fortified with calcium. Parker says peanut milk has a smooth, slightly creamy mouth feel and taste similar to cow’s milk. The flavor is neutral with no peanut taste.

While peanut milk may have market potential, a timeline for production is proprietary.

The annual, timely and accurate reporting of acres for all crops and land uses, including failed acreage, can prevent loss of benefits for a variety of Farm Service Agency programs. Producers are reminded to file their 2015 acreage reports by July 15, 2015, in most peanutproducing counties. However, deadlines are county-by-county, so check with your FSA office.

Prevented planting needs be reported no later than 15 calendar days after the final planting date. For failed acreage, reports must be filed before disposition of the crop, and producers must be able to establish to the satisfaction of the county committee that the crop failed and was prevented from being replanted through the normal planting period because of natural disaster conditions.

Planters’ NUT-rition line is getting updated packaging and its first brand-specific national campaign since 2012. The line includes 12 mixes blended to support a different nutritional or wellness benefit, such as heart health, energy or digestion.

The campaign is themed “Nutrition Starts With Nut,” and includes two television ads. New packaging includes an area where each mix’s specific nutritional benefits and ingredients are showcased.

While NUT-rition’s sales have “flattened,” it was one of Planters’ fastest growing lines and continues to have promising growth potential. Nuts and trail mixes have been the fastest-growing segment within snacks, showing 53 percent growth between 2008 and 2013 and is projected to grow at a 60 percent pace over the next four years.