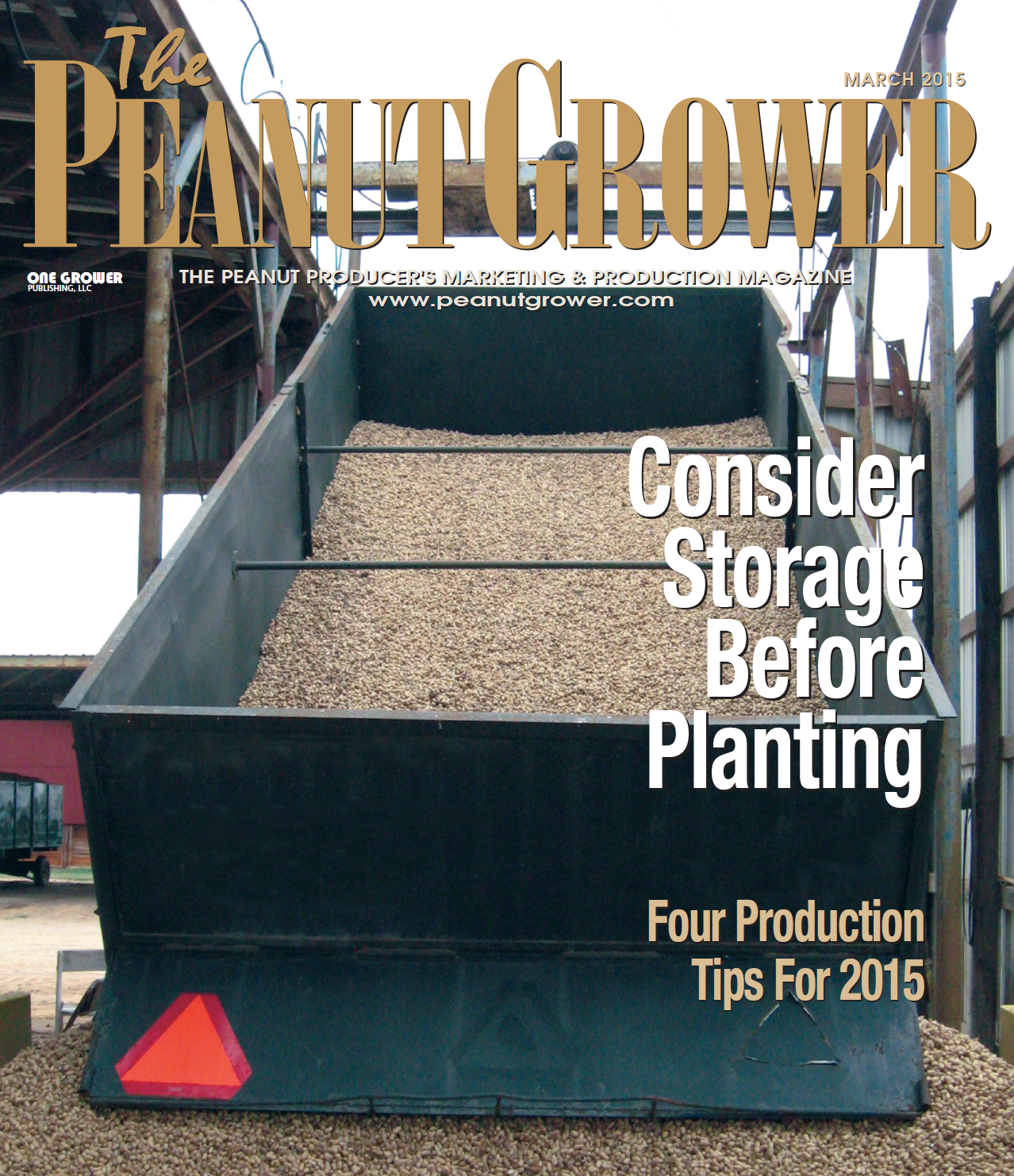 The pendulum has swung the other direction as to drought conditions in the Southwestern United States. As of June 1, only 20 percent of the region was characterized as abnormally dry. This is the lowest intensity rating producers have seen since 2007.

While the moisture has been welcome, the frequency, intensity and duration of rain that fell delayed planting throughout much of Oklahoma and Texas. Such a delay has led some to wonder what impact late planting will have on peanut yields and quality. As is the case in most years, we will have to wait and see what the fall holds in store. Hopefully, we will have favorable conditions the latter part of the season, which will allow the crop to utilize what soil moisture has been stored.

In the meantime, it may be necessary to examine production plans and adjust to different scenarios accordingly. For example, weed pressure remains high as the early season rain led to numerous flushes; therefore, it is imperative that producers remain diligent in making herbicide applications.

Several diseases may be more severe in late-planted peanuts. For example, later-planted peanuts are often more vulnerable to foliar diseases. Although symptoms of spotted wilt have been relatively low the past several years, delayed planting may result in a resurgence of the disease.

Many foundational decisions have been made for the V-C peanut crop by July. Weeds, thrips and gypsum have been taken care of by this point, although there will be weed escapes in many fields through July and August. Annual grasses that escape can be a challenge even when they emerge later in the season. A well-timed application of a graminicide will be worth the expense.

Fall armyworms and corn earworms and, possibly, beet armyworms can be an issue, and populations need to be kept in check. Careful identification and insecticide choice are important when making insect management decisions.

While this column will come out at the end of applications for rootworm, there may be some fields still at risk. Look at the risk index Ames Herbert and Rick Brandenburg developed, and treat accordingly. Always be mindful that spider mites can be an issue, and apply as few insecticides as possible to minimize issues with mites. Treating patches of mites as they first begin showing up is a good way to manage this pest in many fields. Leave ditches and border areas undisturbed. Farming a “little ugly” can minimize movement of mites into fields. Try not to travel across fields too often as mites can hitch a ride and spread quickly.

If we run into a situation where gypsum and insecticides for rootworms are delayed (excessive rainfall for example), these inputs can still be valuable when applied all the way through July.

The major focus this month is disease management. With improved genetics, we can be successful with a four-spray program for leaf spot and stem rot in many fields. Starting and ending with chlorothalonil alone or in mixture serves us well with the two or three sprays in the middle being very flexible in what is used. Always rotate chemistry to minimize resistance development.

There will be a lot of questions about mixing plant protection products. Read product labels, check with other farmers, consultants and Extension/research folks to see what can and cannot be applied together. With a zillion possible combinations, you don’t want any surprises.

For the upper V-C, keep in mind that Sclerotinia blight is still a major player in the region. A well-timed early spray often brings in the most dividends. There are some options and a good number of resources to make your selection. Production guides in North Carolina and Virginia have good information on what programs to pursue for this disease and others.

The peanut crop is up and growing well throughout the Georgia and the Southeast. Growers have been engaged in cleaning up weeds and weed escapes, initiating fungicide programs and deciding on gypsum applications for the last several weeks. As we move into July and August, growers hope the rains continue and there is not a repeat in the mid-to-late season drought from last year. Unfortunately, based on weather predictions and history, the Southeast will likely have some dry conditions during July and August. With this in mind, the irrigation specialist, Wes Porter, has put together a few important points on the water needs of peanut and irrigation:

• Water use will move into peak amounts around 10 to 16 weeks after planting, ranging from 1.5 inch per week up to 2.1 inches per week.

• Water use will drop off around 14 weeks after planting and will continue to drop further into the season.

• Don’t overwater your peanuts, either. Try to do a good job tracking rainfall and irrigation throughout the season.

If conditions are favorable for mite infestations, growers need to watch for mites and catch them when the infestations are building. Do not wait until the plants start turning yellow and brown. Avoid using pyrethroids in fields where spider mites are present.

Most of the caterpillar and three cornered alfalfa hopper treatments that are made in Georgia will go out in July and August. Growers are reminded that there are thresholds for caterpillars, and spraying when populations are below threshold will not make their money back.

There is no threshold for three cornered alfalfa hopper, so growers will have to make a best guess about treating for them. However, do not be overly aggressive in treating for TCAH because the broad-spectrum materials used, mainly pyrethroids, also kill beneficial insects and can flare secondary pests. On the other hand, you cannot afford to ignore a heavy infestation.

The most important thing growers can do to minimize potential problems is to have someone walk their fields on a weekly basis.

While hoping everyone’s crop is off to a good start this season, I know some folks were not able to plant as early as they wanted because of rain delays. But, we can’t make peanuts without the rain; therefore, we just have to work with it. It’s probably good that we had some breaks in planting this year since we have increased acreage and this would allow a chance for the buying points to keep up with the rate of harvesting. A wise man once said that the best thing a grower could put in the field was his shadow. I encourage you to get out and scout your fields. Now is the time to treat for soilborne diseases, and, remember, hot and dry weather leads to increased white mold.

Watch out for foliage feeders, but don’t use pyrethroids to treat with this early in the season, which always leads to spider mite trouble if it turns off dry like last year.