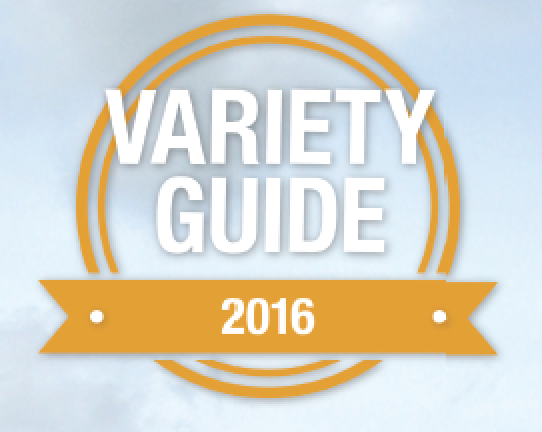 Bailey: Released by NCSU, Bailey is a medium to large-seeded and high-yielding Virginia-type peanut. It has produced high yields across multiple years and locations, which is an indication of good tolerance to fluctuations of weather and growth conditions. Bailey has a growth habit intermediate between runner and bunch types, bright pods and tan kernel color. More importantly, it is resistant to TSWV and thrips, and it matures in approximately 145 DAP, but holds its pods much better than CHAMPS.

CHAMPS: CHAMPS is a large-seeded Virginia-type peanut variety with a runner growth habit. It is an early maturing variety. Yields at early digging (135-140 days after planting in Virginia) are high, and pod size, shape and color are suited for in-shell market. If an early frost advisory is in effect, CHAMPS can be harvested 10 days earlier than NC-V 11 with no reduction in yield. CHAMPS is less susceptible to TSWV than most Virginia-type cultivars. CHAMPS is susceptible to CBR and Sclerotinia blight. High yields and favorable pod characteristics have been observed across years and locations and, similar to Bailey, showed good tolerance to growth factors.

Emery: This new Virginia-type cultivar was released by the breeding program of the North Carolina State University (NCSU) in spring of 2015. Emery is a large-seeded high-oleic cultivar with intermediate runner growth habit and medium green foliage; the seed coat color is tan. It has partial resistance to leaf spot caused by Cercospora arachidicola (but sometimes by Cercosporidium personatum), Sclerotinia blight, and tomato spotted wilt. It could be considered susceptible to CBR. In Peanut Variety and Quality Evaluation (PVQE) trials conducted at five locations in the Virginia-Carolina production region from 2012 through 2014, Emery showed similar agronomic attributes as Bailey but the ELK content was higher, with 47 percent and 41 percent, respectively. Super extra-large kernel content was, on average, 22.4 percent for Emery. Flavor attributes are also comparable with the latest releases from the NCSU. Breeder seed will be multiplied in 2016. Florida Fancy: This is a medium-maturing (130 to 135 days) Virginia-type variety released by the Florida Agricultural Experiment Station. Florida Fancy has about 85 to 95 percent fancy pods and is similar in seed size to the typical Virginia-type varieties NC-V11 and Perry, but is not as large as Gregory. The growth habit resembles runner varieties. Its resistance to TSWV is better than that of Georgia Green, and its reaction to white mold and leaf spot is similar to that of Georgia Green. Pod yield of Florida Fancy has been very good, especially in sandy soils.

Georgia-08V: A high-yielding, high-oleic, TSWV-resistant, large-seeded, Virginia-type variety, Georgia-08V was developed at the UGA Coastal Plain Experiment Station, Tifton. The variety has shown a high level of resistance to TSWV. Georgia-08V combines high yields, high TSWV resistance and the high-oleic trait, which is needed for the longer shelf life of the in-shell market, with medium maturity into a large-seeded, Virginia-type peanut variety. Gregory: Gregory has a growth habit intermediate between runner and bunch types. Maturity is similar to NC-V11 (145–150 DAP). This variety produces an exceptionally high percentage of ELKs and Fancy pods. Due to the large seed size, Gregory has a high soil calcium requirement, which may result in reduced seedling vigor if seed are produced under conditions with limited calcium uptake. It has medium resistance to TSWV.

Perry: Perry is a high-yielding, large-seeded and CBR-resistant variety. Perry is less susceptible to Sclerotinia Blight and Web Blotch than other Virginia-type varieties, but tends to have high susceptibility to TSWV. Maturity is approximately 14 days later than NC-V11. Growth habit is intermediate between runner and bunch types. Perry has a pink seed coat and good pod color. Fancy pod and ELK percentage is slightly lower than other varieties.

Sugg: Released in 2009, Sugg was developed at the North Carolina State University to be resistant to multiple diseases.  It has resistance to TSWV, CBR, Sclerotinia Blight and early leaf spot. Sugg has an intermediate runner growth habit and the color of the seed coat is pink. Sugg produces high yields and has larger kernels than Bailey. It also has good blanching and flavor characteristics. Titan: Titan is an extra large seeded peanut with an exceptionally high content of jumbo pods and super extra-large kernels. It is suitable for in-shell, gourmet and green boiling products. Yields are relatively low if not irrigated. Maturity is considered early (only five days later than CHAMPS). This variety is moderately susceptible to susceptible to TSWV, CBR and Sclerotinia blight.

Wynne: A variety tested as N08081olJC, Wynne was released by North Carolina State University in 2013. This variety resembles Sullivan, which Wynne is related to through a Bailey sister line. Wynne has partial resistance to early leaf spot, CBR, Sclerotinia blight and TSWV and has the high-oleic characteristic. The percentage of jumbo pods is 68 with 21 percent fancy pods. Seeds have a pink seed coat and average 1051 mg seed1. Just like Sullivan, Wynne has yield and maturity similar to Bailey, but significantly higher than CHAMPS, Gregory, NCV11, Perry and Phillips. Seed may not be sufficient until 2015 planting season.