A Schedule That Works 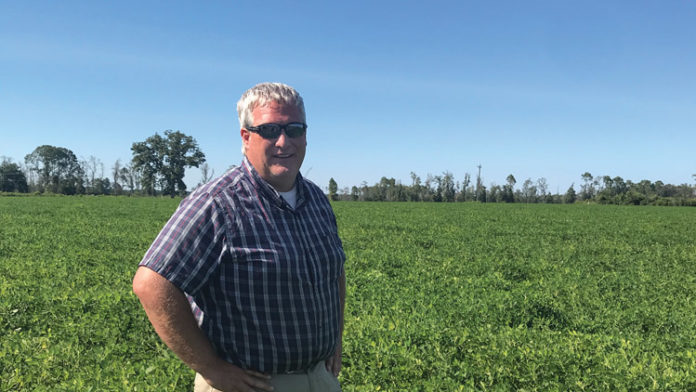 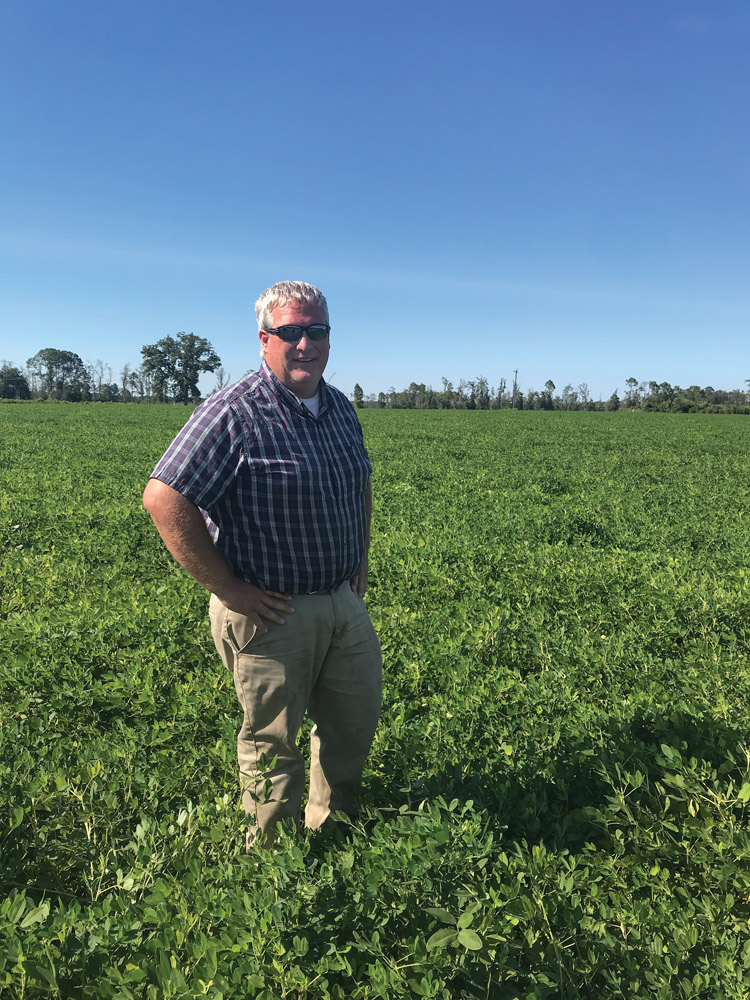 A challenging year is how Joey Williams and his wife, Melissa, describe 2022, and they know challenging. Farming history for them is described as pre-Hurricane Michael or post the devastating storm.

“I was picking 1,800-pound cotton at a farm we tend in Eldorado, Georgia,” Williams says. “After Michael, I picked 450 pounds. It blew it out so bad, it would drag in front of the cotton picker, and you would have to keep picking the header up. It was bad.”

Williams says they are still recovering from some of the financial aspects of the hurricane, and it will likely take two to three more years.

This year, the problem was not one big storm but the continuous wet, then dry periods made protecting their peanut crop against disease and weed pressure difficult all the same.

“We started planting May 2, and we went from really wet at planting to really dry, and it stayed dry for three to four weeks, then it got wet again,” Williams says.

“My dad and I farm together. He does the peanut planting, and I plant all the cotton,” Williams says, “Peanut planting started on May 2 and finished up on May 28.”

Williams says they tend 2,300 acres of total land that ranges from Eldorado, along Interstate 75 down toward Adel, mostly in Cook County, Georgia.

“We’ve also got 150 head of momma cows, and there’s me, my wife, my mom and dad, my cousin and my two kids, one, my son, is still in high school and the other, our daughter, is in college. It’s all we can do to keep everything going.”

For disease protection, Williams says he starts with Thimet and Abound in-furrow. The first postemergence fungicide is Priaxor at about 40 days. The next spray, about two weeks later, is the first round of Miravis+Elatus with 15 gallons of water.

“We spray the 9.5-ounce rate of Elatus and the higher rate of Miravis. We’ve been on the Syngenta program ever since Elatus came out,” Williams says. “When it came out, we went whole hog. We’ve done the Miravis/Elatus program on a 21-day schedule for a while now. I sprayed the first application of Miravis+Elatus this season with floater tires on the sprayer because it was so wet.”

“Elatus is a good product. I think it’s one of the best we’ve got on the market for white mold, but it is expensive,” Williams says. However, he says applying the more premium product keeps him from having to buy another sprayer.

“If we don’t spray a good product, we’ll have to buy another sprayer. We can’t spray cotton and peanuts with the sprayer we’ve got and keep up unless we’ve got a product that gets us that 21-day spray schedule,” he says.

“This year we sprayed two additional white fly sprays on cotton that we had not planned on so that’s more pressure.”

Williams says he uses the least amount of equipment possible for the amount of acreage they tend, which can put a strain on them.

“But that’s why we don’t mind spending money on fungicide products,” he says. “It works. I’ll put my fields up against any others.”

“Cutting corners doesn’t work for us,” says Melissa Williams. “We know people who do it and it works for them.”

Williams says the wet then dry periods presented a challenge for weed control as well. He put Valor behind the planter. But when it came time for the next round, Cadre, Dual and 2,4-DB, it was a dry period.

“I shouldn’t have sprayed, and they weren’t talking about rain, but you get to the point where you just go. So, it didn’t work as good as it should have with our peanuts.

Their problem weeds include coffee beans, morningglory, beggarweed and some hemp sesbania.

“We had a crew come pull weeds by hand, and then I sprayed again with 2,4-DB and it made the weeds sick, but they came right back,” he says. “It was a tough year for weeds and not getting a good rain when we needed it.”

Crop rotation for the Williams is usually two to three years of cotton and one year of peanuts. Irrigation covers about 30% of the operation.

“TifNV is the nematode resistant variety, and where we plant it, which is about 30% irrigated and the rest dryland, is on the sandier land,” he says. “It is a healthy-looking peanut.

“We put it in one field and ran out of seed and ended up planting the rest of the field in another variety. You can tell right to the row were the TifNV’s are. They are dark green and look healthy.

“Georgia-16HO is not going to be a dark green peanut no matter what you do. It is going to be lighter green, but it still might be loaded down with peanuts.”

All of the varieties Williams planted in 2022 offers some resistance to Tomato Spotted Wilt Virus. A good move in a year with increased TSWV in south Georgia. TifNV-HighO/L has near immunity to nematodes with the high-oleic oil trait.

“We get a little extra from the high-oleic varieties, and we like how healthy they look and grow.”

Williams says they average from 4,500 to 5,000 pounds per acre. Our best year was 5,300 pounds averaged across the board, dryland and everything.”

“The only reason farmers are still in business today is because of yields. The tractor I used to buy for $150,000 is now $400,000. But we’ve just about topped out on yields, in my opinion, so something will need to change soon.”

Williams says it is production keeping them in business. “That and our faith and trust in Jesus will see us through all the challenges we face.” PG