Crown Rot Disease On The Rise 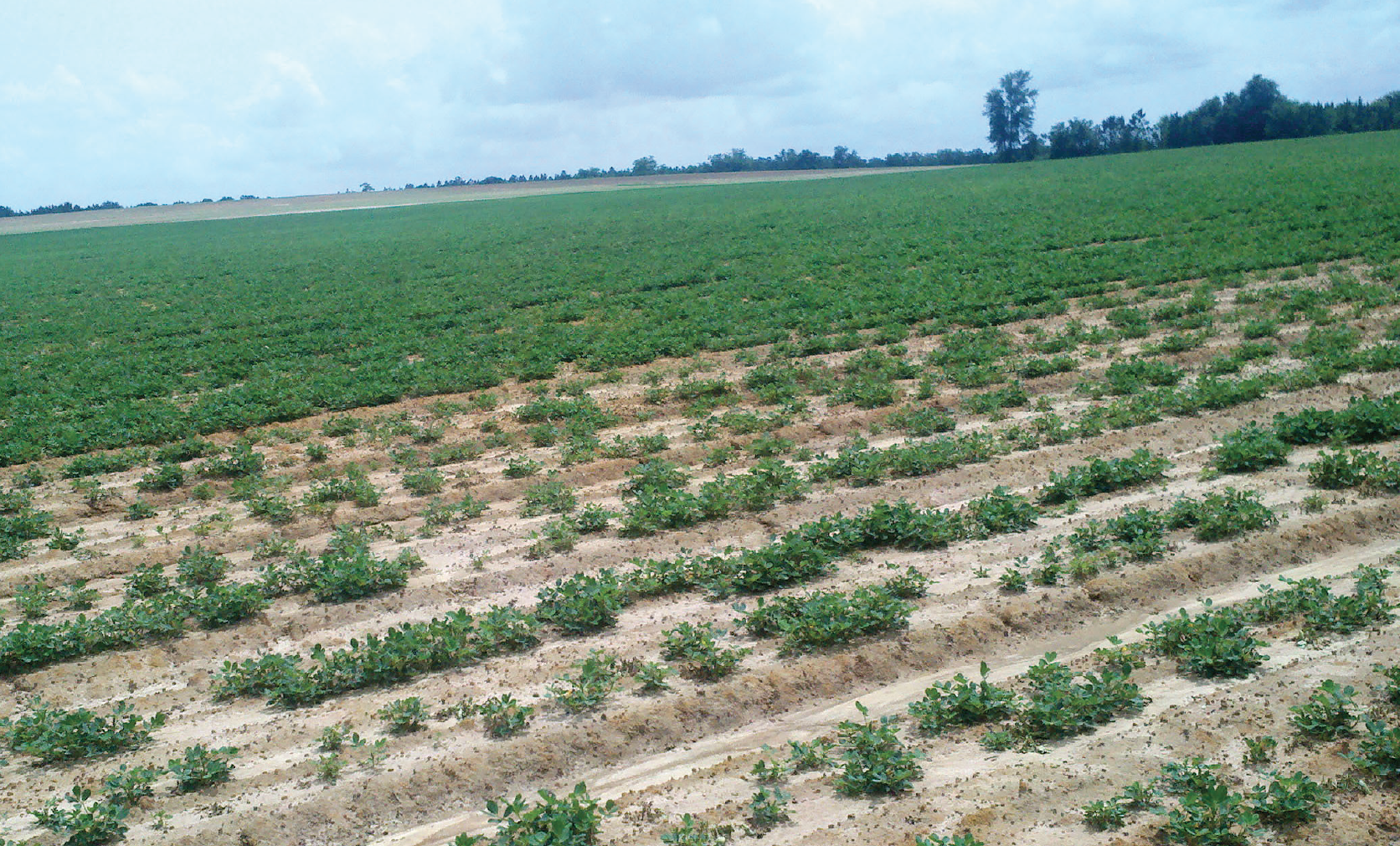 Aspergillus crown rot disease is on the rise in Georgia peanut fields, and University of Georgia researchers are working to pinpoint why. At present, university scientists recommend that farmers encountering this problem in their fields stop saving seed from year to year in an effort to reduce the disease until better control methods are found. The first line of defense has been fungicide application either in furrow or directly to the seed.

Incidences of crown rot disease have increased over the past few years and if UGA researchers can’t determine why treatments are not working as consistently as they used to, the problem will only worsen, Brenneman says.

“I could have shown you plots not too many years ago where we used only an in-furrow Abound fungicide application. Those plots looked as good as if we were treating the seed with our best, complete mix of multiple fungicides. This year, though, that treatment alone led to nearly a complete wipeout. We’ve got to figure out what’s going on here,” Brenneman says.

Pathogens In The Seed, Soil
While Georgia’s peanut farmers are harvesting their crop right now, the time will come next spring when producers again put peanuts in the ground. That’s when crown rot, a disease that affects peanut plants early in the growing season, can strike.

Peanut plants are most susceptible to crown rot between 30 and 50 days after planting.
Growers traditionally rely on fungicide treatment applied to commercial peanut seed to combat the disease. For extra protection, they use in-furrow fungicides. The seed-applied and in-furrow treatments are still beneficial, but growers sometimes see more erratic control from chemical applications, Brenneman says. He is studying why this haphazard control seems to be the case.

“Why (do chemical applications) work in some cases and not in others? Do we need to use different seed treatment technology or chemistry mixes in the seed treatments (on commercial seed)?” Brenneman says. “The pathogen is in the soil. On some level, it’s in every field in the state. Some fields have been historically worse than others.”

Saving Seed A Risk
In an effort to reduce expenses, some farmers save seed from one year to the next. This exacerbates the problem of crown rot, especially if that seed was lower quality or had higher infection levels of the disease. However, even higher germinating seed can sometimes have high levels of undetected crown rot.

“I think that the problem gets worse if you have an issue with a particular lot of seed. Then every seed coming out of the field can potentially have it. With commercial seed, it’s blended from different sources, and you’re a lot less likely to get a real severe disease issue,” Brenneman says.

The pathogen can be housed in the seed itself and grow into the hypocotyl, the portion of the plant found just below the soil line. The fungus can quickly destroy this tissue.

“When this happens, it’s over. The plant dies very quickly,” Brenneman says. “We need to understand more about whole-seed quality aspects and how the fungus can infect and be in the seed any time from the previous growing season through storage.”

Brenneman says that anything that impairs seed quality is going to stress the plant and increase the likelihood that a disease like crown rot will be able to attack and kill it. He stresses the need to take care of the seed before it’s put in the ground.

“If you don’t get a stand, you’re not going to have a peanut crop,” Brenneman says.

Aspergillus crown rot causes pre- and postemergence damping off and sometimes kills up to five weeks after planting. Seedlings rapidly collapse and die. Dark brown discoloration is common on decayed roots and hypocotyls. Later, these areas often are covered with masses of black spores.

Aspergillus crown rot was especially severe in some fields, most commonly on fields planted with “farmer-saved” seed. Hot-and-dry conditions at planting greatly increases risk to Aspergilllus crown rot, as do use of poor-quality seed and lack of fungicide seed treatment or a poorly-applied seed treatment.

1. Rotate peanuts with grass crops to reduce the populations of Rhizoctonia solani.

2. Plant the peanut crop when soil temperatures are warm enough to produce rapid, vigorous germination and growth. This can help protect the plants from disease. Excessive moisture at planting will also increase the risk of seedling diseases.

4. Use quality seed that has a good germination rating and will grow vigorously. As mentioned above, farmer-saved-seed is most affected by Aspergillus crown rot.

5. Choose varieties that are known to germinate and emerge uniformly and with vigor.

7. Use an in-furrow fungicide where the risk of seedling disease is great or where the grower wants increased insurance of a good stand.

a. Abound at 6.0 fl oz/A in the furrow at planting can provide increased control of seedling diseases, including Aspergillus crown rot.

c. Growers who are most likely to yield benefits from these in-furrow fungicides are those that have poor crop rotation and a history of seedling disease in the field.

Information from the University of Georgia 2017 Peanut Update